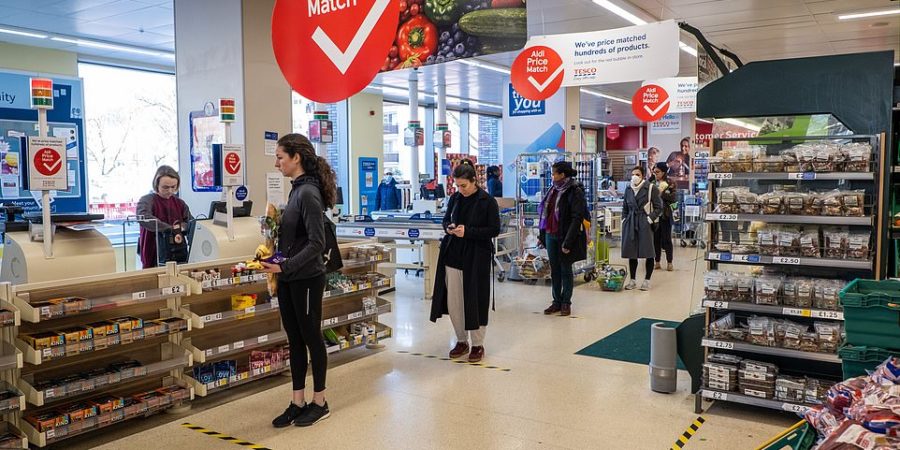 Young and healthy people have been urged to stay away from supermarkets and make meals from food in their cupboards.

Mail Online reports today that the demand for groceries and household goods has surged during the coronavirus lockdown.

“Britons have hoarded food worth £1 billion more than normal during the past fortnight as a result of panic buying – despite assurances from the government and industry that there is still plenty of food in the supply chain.

“Consumers shifted online as they feared supermarkets could become breeding grounds for the virus, after panic-buyers stripped shelves bare, stockpiling everything from pasta to toilet paper and paracetamol.

“But the move online has now led to home delivery slots being largely unavailable until mid April,” the report said.

“Chief executive of the online delivery service, Lord Stuart Rose, urged consumers to act rationally as he revealed Britons had hoarded an extra £1billion worth of food over the past couple of weeks.”

Encouraging people to ‘make their meals work’, he said: “‘The first thing is ‘don’t panic.

“There isn’t going to be no food tomorrow. Nobody will starve.”

But he said it is important to ensure vulnerable people are given priority.

“Asda has announced it is increasing the amount customers can pay using contactless cards from £30 to £45 from April 1st.

The firm is also installing perspex barriers at checkouts to protect its staff from possible infection.

“The company’s CEO Roger Burnley said they were also closing some of the self-service checkout terminals so customers can remain two metres apart when paying for their goods.

“The boss of the UK’s biggest retailer Tesco, Dave Lewis, has written to customers to reassure them there is still plenty of food, but asking the young and the healthy to venture out to their local store.

“Users of the retail giant’s online service have complained they are unable to secure a home delivery slot.

“In his letter, he has asked those who can venture out to shop in-store – while taking appropriate precautions.

“The Government has tried to assure consumers that there is plenty of food available, though photographs on social media of empty shelves have prompted further panic buying, forcing some supermarkets to restrict the sale of some goods, such as toilet rolls.

In response to the ongoing crisis, the government has loosened restrictions on delivering to supermarkets, while the major retailers have implemented restricted opening hours to allow them time to restock shelves.

During the crisis, elderly and vulnerable shoppers have complained they have been unable to get delivery slots for online shopping from Britain’s supermarkets.

That has prompted market leader Tesco to ask Britons who are able to safely come to stores to do so, instead of shopping online, so it can free up more slots for the more vulnerable.

British workers have been urged to fill the gap of seasonal foreign workers by picking fruit and vegetables this summer.

George Eustice, the Secretary of State for Environment, Food and Rural Affairs, said it was “critically important” there was a supply of seasonal workers for the British agricultural industry.

According to the British Growers Association, there was a need for around 70,000 seasonal staff a year.

“They said that due to the new post-Brexit points-based immigration system being introduced, there was just 10,000 permits available under a seasonal workers’ pilot scheme for non-UK nationals – a shortfall of around 60,000.

“The Government announcement comes as the travel and movement restrictions caused by the coronavirus pandemic have caused labour shortages as the picking season starts,” the report said.

“While supermarkets have introduced restrictions on certain products, having become overwhelmed by panic buying as shoppers rush to stock up.”

“Our farmers are doing a fantastic job of feeding the nation during this immensely challenging time,” Mr Eustice said.

“I have been speaking with industry today and in the last week about the critically important issue of seasonal workers, who usually come from Europe to pick fruit and vegetables.

“We need to mobilise the British workforce to fill that gap and make sure our excellent fruit and vegetables are on people’s plates over the summer months.

“There are already brilliant recruitment efforts under way by industry and I would encourage as many people as possible to sign up.

“We will also be looking at other ways to make sure farmers have support they need ahead of the busy harvest months, while also keeping workers safe and protected.”

Meanwhile, French government officials have launched an appeal for temporary farm workers to come forward after farming unions warned producers would be short of 200,000 staff this spring because of a ban on bringing in foreign labour.

Mr Liddell-Grainger, MP for Bridgwater and West Somerset, said the creation of a similar workforce this side of the Channel would help farmers head off the threat of tons of fruit and vegetables going unpicked over the next few months.

“The NFU president has been warning of the problems farmers are facing because of a foreign labour shortage but I would have thought that here, surely, is a simple solution which the NFU itself could adopt,’ he said.

“But it has to be a no-frills operation. We cannot load farmers up with more onerous paperwork because they have more than enough on their plates at the moment.

“These are desperate times and the Government is tearing up the rules on a daily basis to get us through them, so a few more torn ones aren’t going to make a heap of difference.

“The difference this scheme could make, however, is that between the nation continuing to be fed and some serious and prolonged food shortages.”

‘I am certain there will be thousands of people dreading the tedium of having to stay at home for weeks and who would welcome the chance of a temporary job in the fresh air, particularly since social distancing is generally far easier to achieve when people are working outdoors.’ 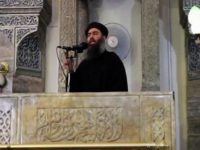