The Gleaner: KINGSTON, Jamaica, By Yasmine Peru – Jamaica continues to be the playground of celebrities, and this week, original Wu-Tang Clan member Full Moon is scheduled to jet into the island, along with second- generation Wu-Tang acts King Tiger and Alistar, whose careers he is guiding. This week, all three will be in Jamaica for a ‘Wu-Tan Wufam’ celebration of the Billboard-charting reggae compilation album Tropical House Cruises to Jamaica: The Reggae Collector’s Edition, to which they contributed. Fronted by Ghanaian artiste Shatta Wale, the album made major inroads on various charts internationally.

“Our album hit number 16 on the Billboard Compilation Album chart, and this was a great feat as it was up there with albums from labels like Motown and Disney,” executive producer of the album, Sean’ Contractor’ Edwards, told The Sunday Gleaner.

“They received Billboard plaques for it, and they are all very excited. We will be celebrating on August 3 at the Couples Resort, Tower Isle, and it will be carried live on a radio station in Jamaica,” Edwards shared, adding that Full Moon, Alistar, and King Tiger “are heavily influenced by reggae and dancehall”.

Full Moon explained that his Jamaican heritage has certainly factored into his appreciation of the genres from an early age.

“I’m Jamaican bloodline through my mother’s dad. I have a lot of family in the island. Reggae and hip hop go hand-in-hand for many years where I come from. In Brooklyn, ‘yaad’ is deep. There is Flatbush, where there has always been a hip hop and reggae mix. We are pretty much bridging the gap – if there is indeed a gap,” he stated.

Full Moon, although quite excited to be visiting Jamaica this week, is no newbie to the island, having stayed here “on and off” for a year or two. “I’ve been in Jamaica many times, at least 11 times. It’s been a part of my life. There is great respect for ‘yaad’, for the whole movement, for the culture.”

According to King Tiger: “Having a taste of the Billboard Chart was delicious. It was a great experience; it was fun. It was a lot of work we had to put into the album to get it to where it needed to be. Shout-out to Shatta Wale. Shout-out to Alistar.”

For Alistar, his involvement in the Tropical House Cruises to Jamaica project stemmed from the fact that he considered it “positive and for the world”. 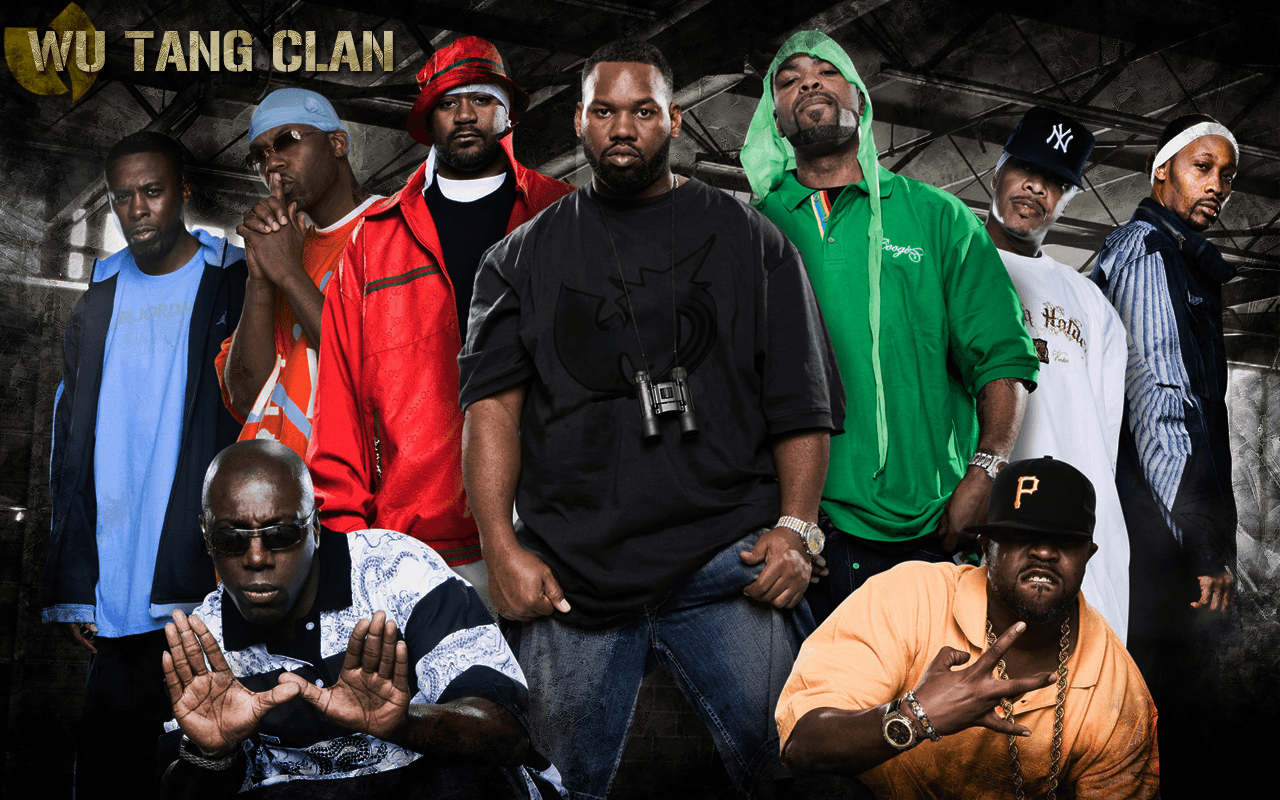 Quizzed as to which reggae artistes he would like to work with, Alistar was quick to respond, “I would have to say Shatta Wale most definitely because the fans have been asking for it, and of course, Skillibeng, Vybz Kartel, Bounty Killer ‘cause they are real artistes, real artistes who are talking about something.”

In the world of hip hop, the Wu-Tang Clan is legendary. Their 1993 début album, Enter The Wu-Tang, is said to have “emerged like a fast and furious bolt from the blue, fusing raw sounds, grimy beats, and martial arts themes”. Almost 30 years later, the Clan is still a big thing and last week, made headlines when the US government sold a unique Wu-Tang Clan album previously owned by ‘Pharma Bro’, Martin Shkreli, to help pay off his US$7.4 million forfeiture deal.

Edwards, who has a dual role as both executive producer and marketer, both of which he takes quite seriously, naturally had a lot to say. He spends quite a bit of time devising strategies to keep his various projects in the public sphere and can be found working assiduously on two or three projects at a time.

“When you are the executive producer, the weight is on your shoulders for the project to succeed. I have hit the Billboard a few times since 2018, so it’s good for these other artistes and producers to taste the Billboard and see the joy that they get from the success of it. It is a good feeling,” he emphasised.

Delving a little into hip hop now and then, he noted that “back then, hip hop was an expression of the feelings of the people in the inner city in America, and it resonated with me as a teenager”. But this new hip hop, he said, was unrelatable “because they are sending different messages”.

“But Wu-Tang Clan is from the original hip hop days, and so having second-generation Wu-Tang on the album and having them celebrate in my hometown at the luxurious 5-star Couples that I do some marketing for, and also help out the Issa Trust is a good feeling. I especially feel good to have led the team to success, and I always have to thank all those who showed an interest in our story,” Edwards said.