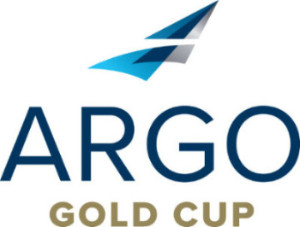 News Release: Hamilton, Bermuda, May 11, 2019 – Just when it looked like Sweden’s Johnie Berntsson was going to even the score in the final of the 69th Argo Group Gold Cup and send the match to a fifth and deciding race, Ian Williams of Great Britain sailed across his bow and snatched away the victory.

In streaky wind conditions on Hamilton Harbour, Williams and his Team GAC Pindar crew rode a heading puff down on starboard tack and turned a three or four boatlength deficit into a half-length victory in the final 100 yards of the run to the finish.

The Team GAC Pindar crew, including Gerry Mitchell, Tom Powrie and Richard Sydenham won the final, 3-1, as well as $30,000 of the $100,000 prize purse in the regatta hosted by the Royal Bermuda Yacht Club.

For Williams it was his second victory in Bermuda, and he becomes the 12th multiple winning skipper of the King Edward VII Gold Cup, joining the likes of Ben Ainslie of Great Britain, Taylor Canfield of the U.S. Virgin Islands, Chris Dickson of New Zealand and Berntsson himself.

Five-time America’s Cup champion Russell Coutts of New Zealand is the all-time winner of the Gold Cup with seven championships. Williams won his first Gold Cup in 2006 and he’s waited 13 long years for the second.

“When I was getting into match racing, this was the first big event I came to in 1998. This was the one you really wanted to win,” said the 42-year-old Williams from Lymington, Great Britain. “To win in 2006 was huge for us, it was our first big win. I’ve been coming back since and always fell at the final hurdle. We traditionally struggle here. To win for the first time in 13 years is incredible.” 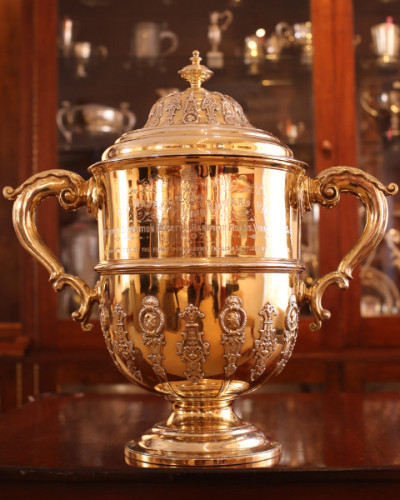 Berntsson made his fifth consecutive appearance in the Argo Group Gold Cup championship since 2011 (he didn’t race in 2013 and ’15). He won his second championship in 2014 and now has a fourth runner-up finish after doing the same last year.

“Standing here now it’s disappointing to not win, but looking at the regatta it has been a good fight to get to the top and finish 2nd,” said the 48-year-old Berntsson. “The development in my team, the guys have been extraordinarily good, Anders (Dahlsjo), Erik (Malmberg) and Carl-Johan (Uckelstan). I think we sailed equal with Ian, but sometimes it comes down to small margins. Congrats to him, we had a good fight with him and we’re happy about that.”

In the petite final, Harry Price of Australia defeated Lucy Macgregor of Great Britain to win, 2-1, and place third overall with Macgregor equaling her performance from last year in fourth. All three races were somewhat lopsided, with each winner stretching out to large leads in the light and shifty winds.

Price and his all-New Zealand crew of George Anyon, Taylor Balogh, Connor Mashlan won $15,000 and Price was awarded the Jordy Walker Memorial Trophy for the most improved sailor at the regatta. Price had two highlights this week, leading after Day 1 and taking down countryman Torvar Mirsky, 3-2, in a stunning quarterfinal result.

“Thanks to my team. They’re all Kiwis and I’m and Aussie, but it works well,” said Price. “To Lucy, thanks for a weird petite final. It was a roll of the dice.”

Macgregor and crew Sally Barkow, Bethan Carden, Francesca Clapach and Kate Macgregor won $11,000. “It was a brilliant week,” said Macgregor. “Thanks to my crew. It took me a while to get into it but they were ready to go from Day 1. I’m delighted to finish fourth.”

The final was a streaky affair, with the wind ranging in direction from the southeast to the south/southwest while blowing 5 to 8 knots. It was in contrast to the first four days of racing and set a different tone for the crews. Instead of sheeting in and hiking out they had to remain nimble.

The first race saw the lead change hands four times before Williams came out on top. The second race had two lead changes, with Berntsson scoring the win. Williams put forth a solid effort to win the third race, which set up the final race drama.

The two crews completed the first lap virtually even, with Williams rounding the left-hand gate and Berntsson the right. Berntsson was able to get a lifting puff on starboard tack on the right side which propelled him into the lead. He led by about four boatlengths beginning the run to the finish. And then Williams came from his right to seal the deal.

“Over the four races you get bits of luck and bad luck. You just have to put yourself in position to take advantage of the luck and minimize the bad luck,” said Williams. “The thing I think we did well this week as stay loose enough with the shifts, keep our speed up and not get too bunched when things went against us. It’s been shifty all week, really tricky conditions. You just have to roll with the punches and take advantage when you can.” 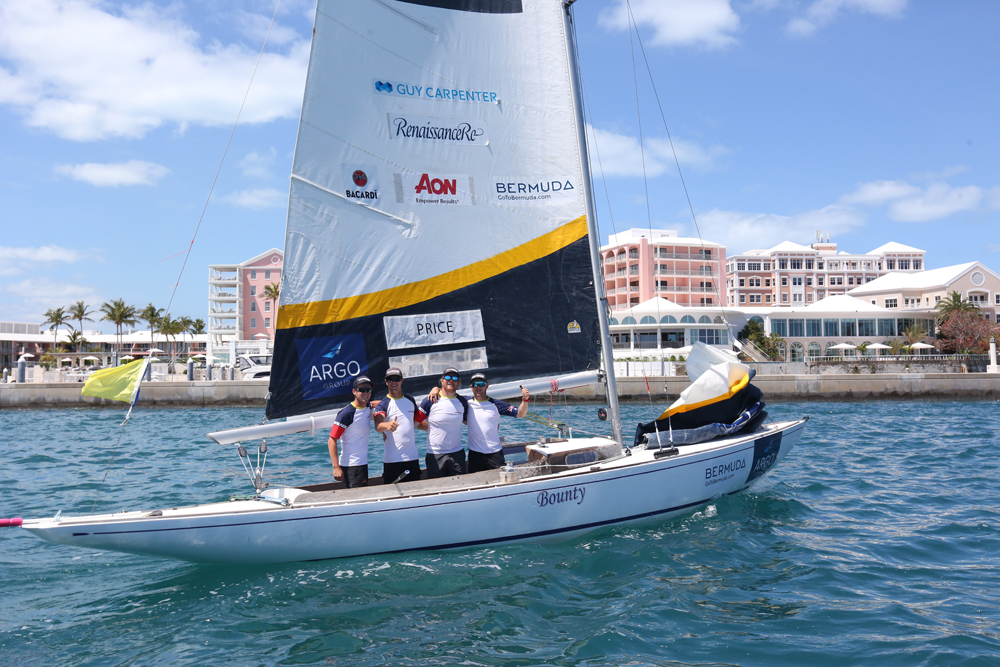