How much time, energy and money do you put into what you put on your feet – those two soles with toes, that carry you around every day from day to day?

Do you spend long, extended periods on your feet all day, or half the night? Do you think about proper fitting for good posture while shopping for new shoes?

For women especially, do you ever consider the long-term effects, or the impact of wearing high heels all day, as opposed to just wearing them for special occasions? 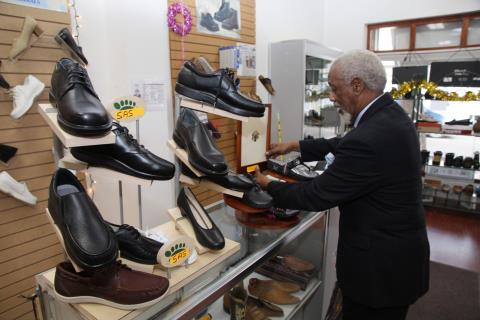 At Casual Footware on Court Street in Hamilton, these questions come up almost daily, in what has evolved into a brisk business.

For Everton Dawes, the owner and manager of Casual Footware, joining forces with Podiatrist Natasha Richards, has resulted in a productive business that promotes proper footwear as their main goal.

In part two of this series, Bermuda Real fielded a number of questions to Ms Richards, of BN Henagulph & Associates, on some of the most common problems she deals with on an ongoing basis.

As a Podiatrist, she said: “Our clinic is kept busy by foot and ankle problems that are created by poor footwear choices.

“Bunions, hammertoes, metatarsalgia, corns, calluses, neuromas, ankle sprains, and ingrown toe nails are all conditions that we treat that are directly caused by, or, at the very least, made worst by tight-fitting, ill-fitting, or high heeled shoes. 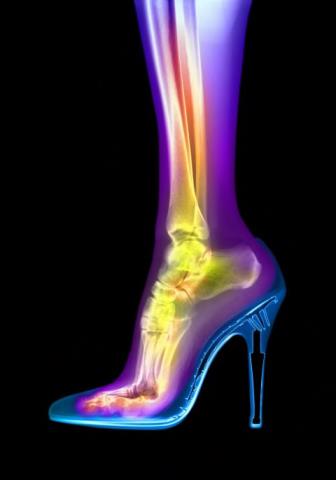 “The correct footwear can not only help to alleviate symptoms from existing foot ailments, but can also prevent those problems from occurring in the first place.

“Footwear can significantly alter the position of the foot, and impact foot and lower limb function causing poor posture, increased pressure on the knees, increased compression of the lunbar spine.”

According to a report published by the South Florida Sun Sentinel in 2006, entitled ‘High Heel Hazards’, she said: “A high-heeled shoe places increased pressure on your forefoot. As the heels get higher, the pressure increases.”

With regard to circulatory problems or problems associated with Diabetes, which has surpassed epidemic proportions in Bermuda, Ms Richards noted that as a country, “Bermuda is so high that it is more than twice the level of the OECD average, and is exceeding the prevalence in all other OECD countries”.

Currently, 13 percent of the island’s population has Diabetes, and another 13 percent are at risk of developing Diabetes.

“Bermuda has the highest rate of diabetic lower extremity amputation (“LEA”) due to Diabetes, among 30 OECD countries. Wearing correctly fitted footwear can reduce the risk of diabetic foot complications and improve foot comfort for the wearer.” 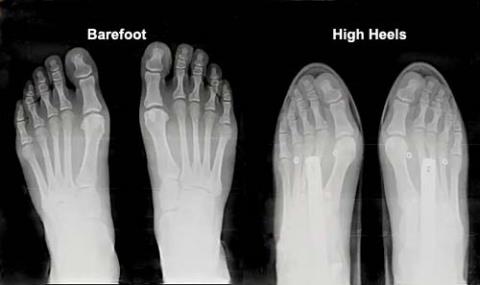 Asked why she recommends the specialized foot gear sold by Casual Footware for the clients she treats, she said: “People are increasingly more aware of the importance of good foot health, and would like to make good footwear choices, but are often frustrated by the lack of choice in Bermuda and limited by their knowledge.

“Casual Footwear provides a range of quality, durable footwear brands that we can recommend for those who suffer from foot problems, or difficult to fit feet, including Propet, Alegria, Finn Comfort, Comfort Rite, and Birkenstock.”

She also noted that BN Henagulph & Associates has been providing quality podiatry services in Bermuda for more than 45 years.

For more information, Ms Richards said: “Please do not hesitate to contact us on 295-4811 to arrange a podiatry treatment, diabetic foot assessment, or footwear advice.

And in the months ahead, we’ll hear more on the problems associated with being overweight as it relates to foot pain, and everything you would want to know on the ‘perils of pedicures’.