The 36-year-old American woman struck by a police officer on a motorcycle in the City of Hamilton on Monday (June 17), is today “recovering in stable condition on a general ward at the hospital”.

The accident occurred around 5:25pm on Burnaby Street.

The police officer involved was treated for his injuries and discharged.

A spokesman said: “It has been confirmed that the police motorcyclist was responding to a call for service at the time of the unfortunate collision.

“The investigation continues and any witnesses are now asked to contact Sergeant Caleb Jn Pierre on 717-2368 or via his e-mailcjnpierre@bps.bm at the earliest opportunity.” 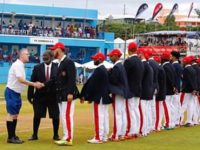 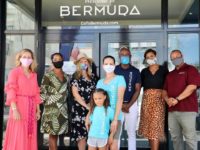