Major roadworks are set to get underway on Monday, as a result of a joint project by the Bermuda Government and Belco to dig up Middle Road in Warwick.

Trenching will be carried out between 7:30am and 6pm with the westbound lane closed to traffic to carry out “significant upgrades” to power cables in the area, which will include underground cables and pipes from other utilities.

The project will extend westward on Middle Road from the substation near Belmont Golf Course to Longford Hill, with the next phase scheduled to run as far west as Camp Hill in Southampton.

Speaking at a news conference held today (Feb 18) outside Belco’s substation by Belmont, Public Works Minister Lieutenant Colonel David Burch said it is all part of the plan to renew Belco’s ageing cables after “several outages in this area”.

He was joined by the area MP Ianthia Simmons Wade and Belco representatives Nadir Wade – Director of Grid Management Services and Naeem Griffith, to discuss the project.

Belco representative Nadir Wade noted that extensive work has already been completed down at the East End, as part of thes $43 million plan for trenching and infrastructure replacement island-wide, that started early last year.

“Roads that have been trenched and newly paved won’t be dug up again for the foreseeable future,” he added.

Overall, he said it will lead to “a more secure and sustainable energy future for Bermuda”.

The work that starts on Monday is expected to take roughly six weeks.

In light of the anticipated traffic delays, the Minister also apologised “for any inconvenience” as he urged motorists to “take a moment to consider the immense benefits of this work to all road users and the general public”.

The Public will recall the announcement from just over a year ago that advised of the Ministry of Public Works’ and BELCO’s joint initiative to carry out a coordinated approach to road trenching. The primary objective of this was to enable BELCO to conduct significant upgrades to its network over a three year period. It was also an opportunity for other businesses and stakeholders to coordinate their efforts during this island-wide trenching exercise to ensure that all the necessary entities were prepared and ready to lay any and all underground equipment. Examples of underground equipment include cabling, piping, and extra conduits for future use. These trenching works were coordinated with stakeholders to ensure that once the trenching work is complete, the people of Bermuda will have newly paved roads that will be more durable, resilient, long-lasting and not have to be excavated again in the foreseeable future.

I am also delighted to advise that these works have provided employment opportunities, thus further stimulating our economy. The size and scope of the BELCO project and completing it on schedule has involved enlisting private sector contractors, which in turn created jobs for other sectors.

I’m sure all will agree this is good news, however, as is the nature of road works, there will be traffic disruptions. While these traffic delays may be an inconvenience, it is an unavoidable but necessary part of this critical work. Therefore, we will continue to give as much advance notice as possible and keep disruptions to a minimum so road users may consider taking alternate routes during this time.

Following these works, we will have a far more secure, reliable, state of the art infrastructure for all, and probably most importantly – we anticipate no need for future road trenching for many years to come.

I would like to recognise the hard work and dedication thus far of Mr Leyton Rahman of the Ministry of Public Works, Mr Nadir Wade and Mr Jonathan Pedro of BELCO, who have worked together throughout this project, and I expect will continue to do so to its completion.

I am confident that all road users and the public will be pleased with the eventual outcome and reliability.

We are here today to announce the next phase of the project, which is to renew BELCO’s existing high voltage cables from this substation to Camp Hill. This work forms part of BELCO’s overall programme to renew its ageing infrastructure and will be carried out in 5 Phases with the 1st phase being from this location to Longford Hill.

The existing high voltage cables are aged and past due for replacement which has resulted in several outages in the area over the last few months. Failing to replace these cables expeditiously would likely increase cable faults and outages in the west of the island.

Alongside the BELCO works, the Ministry of Public Works will be carrying out a long desired road widening project in Warwick parish.

Currently, Middle Road from Burnt House Hill to TN Tatem School has a narrow road width that does not allow for two buses to pass without taking extreme caution. To address this issue, the rock cliff on the southern side near Greendale Lane will be excavated to expand the width of the road and placement of a sidewalk. The Minimum roadway lane width would be 10 feet with a 4-foot sidewalk on the southern side.

I’ve probably had more complaints from members of the general public about this stretch of road than any other. We’ve had to negotiate with land owners to acquire the necessary pieces of land to make this work possible.

These road works and new sidewalk will be an improvement for pedestrian and the motoring public. These works are estimated to begin shortly. 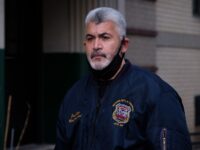 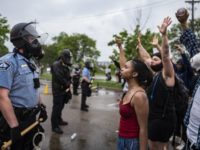 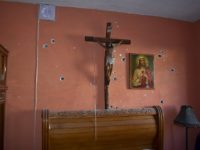 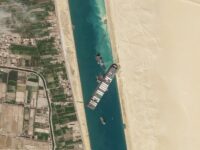