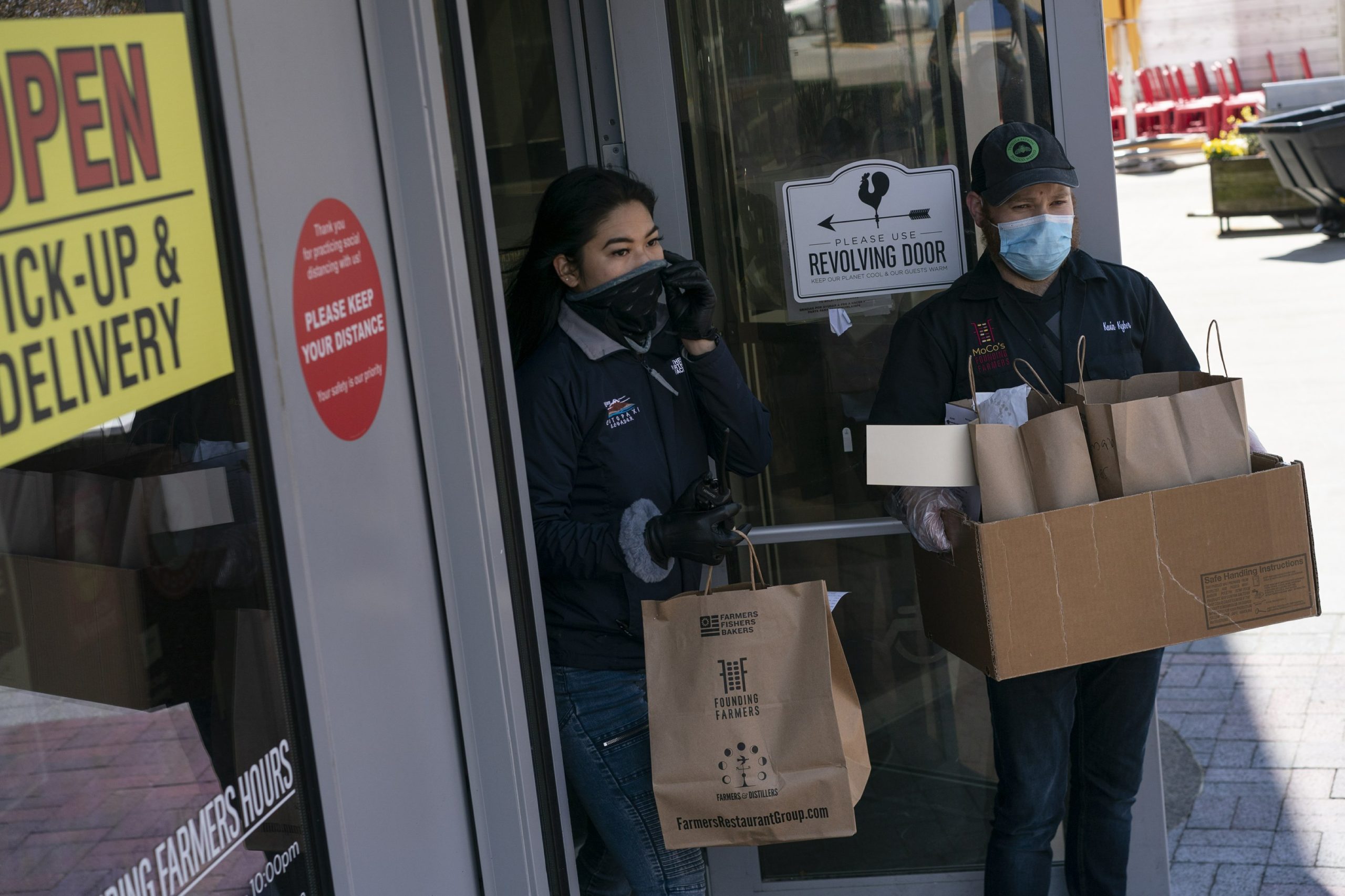 Associated Press: The days of standing shoulder-to-shoulder at a bar or sharing a meal at a table for 10 are gone for now — and could take a long time to return even after the coronavirus pandemic ends.

US restaurants are thinking ahead to a time when their dining room doors reopen to a changed world. Owners say there may be physical differences, like masked waiters, disposable menus or fewer tables so patrons can sit farther apart. There will be signs explaining cleaning procedures and glass dividers to protect cashiers. Disinfectant wipes might sit next to napkin dispensers.

“The pivot with my restaurants doesn’t anticipate a return to exactly what was,” said Dan Simons, the owner of Farmers Restaurant Group, which owns six restaurants, a bakery and a distillery in the Washington area and a restaurant in Pennsylvania.

Restaurants that have reopened in Asia provide a blueprint. In Hong Kong, public gatherings are limited to four people, and restaurants must keep tables nearly 5 feet apart. Customers’ temperatures are taken at the door, and they are required to wear masks unless they’re eating or drinking.

In Hefei, China, the La Ma Restaurant reopened March 17 but still checks diners’ temperatures and disinfects the premises every two to three hours, said employee Yang Gui. Business is down by half compared with before the outbreak, Yang said. As few as a dozen diners come some days; two-thirds of the staff have yet to return to work.

That’s changing the experience for diners. Rae Elloso, a teacher in Hong Kong, eats out occasionally because she feels it’s important to have social contact. Dining out is more peaceful now, she said, but also a little uncomfortable when some seating areas are blocked off. 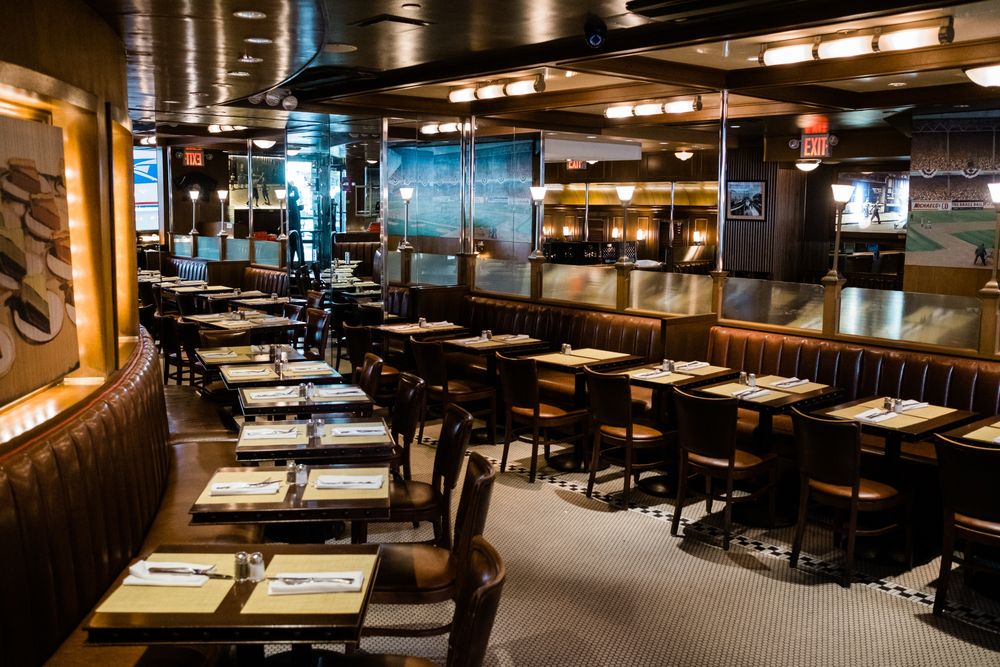 “When restaurants tape up chairs and tables, the impression I get as a diner is that they don’t want me there, even though I know this is not the case,” Elloso said.

David Siu, who also lives in Hong Kong, has noticed that restaurants try to turn the tables over more quickly because they have less capacity.

Delivery is also accelerating in China, indicating many people still want to eat at home.

Spending on food at restaurants, convenience stores and other outlets dropped 30% in China in January and February, but delivery spending was up 10% in that period, according to NPD Group, a data and consulting firm.

Takeout and delivery were already gaining in popularity in the US before the pandemic with the introduction of apps like UberEats; that may accelerate if shell-shocked consumers stay home. Menus will likely be pared down, with more focus on food that travels well.

John Gordon, founder of San Diego-based Pacific Management Consulting Group, which advises restaurants, thinks US restaurants — like Asia’s — will have to follow local guidelines when they reopen. Earlier this week, California Gov. Gavin Newsom suggested the state might require temperature checks and more distance between tables.

Gordon says regulations about density will affect restaurants differently. Sit-down restaurants like Cheesecake Factory are designed to bring in a certain amount of money per square foot, so they would see their profitability drop. Fast food chains generally don’t have a lot of business in their dining rooms, so they may not feel as much impact. 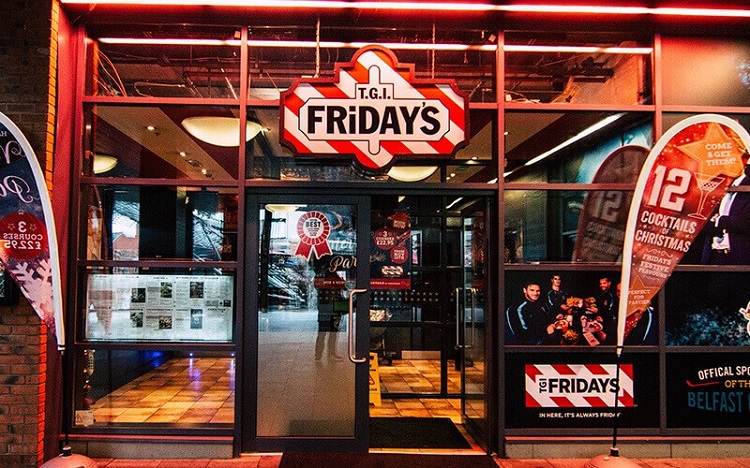 But with business down as much as 80% in the sector right now, Gordon said, most restaurants aren’t yet focused on the impact of potential regulations.

“They’re just trying to survive to get to whatever the other side of this is,” he said.

While they wait, some restaurants are already experimenting. Simons added fresh produce and other grocery items to his Founding Farmers restaurants this month. It was a big success. Simons has rehired 175 of his 1,100 staff members, and he’s making 60% of pre-virus sales at one location and 80% at another between takeout and groceries.

Simons expects to continue grocery sales once his dining rooms reopen. He’s also considering other ideas, like renting out the dining space for events.

Even before the pandemic, Simons said restaurants were struggling with the popularity of takeout and delivery, high labor costs and lower alcohol consumption among younger patrons.

With those numbers in mind, many restaurants were already shifting away from big dining rooms. In December, Applebee’s opened its first takeout- and delivery-focused restaurant in Mobile, Alabama. The store is half the size of a traditional Applebee’s, and all the food is packaged to go.

Bent Hansen, the owner of Los Gringos Locos, a Mexican restaurant near Pasadena, California, says it will be up to restaurants to make diners feel comfortable. That will likely mean visible cleaning, fewer tables, touchless ordering and lots of hand sanitizer. He’s also thinking of hiring his own delivery drivers so he can make sure cars are sanitized and the food is protected until it’s delivered. 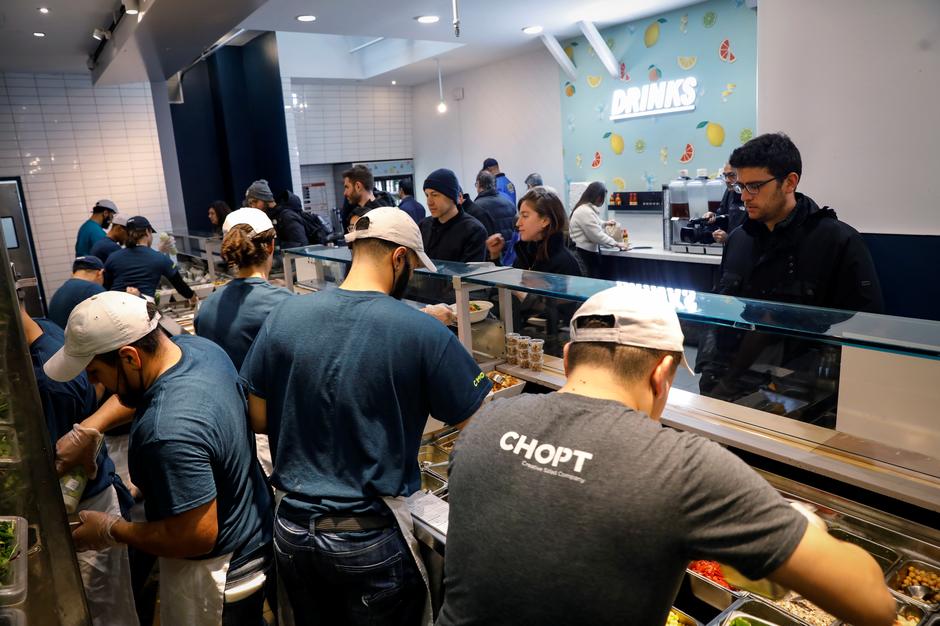 “If you think this is going to make people want to cook their own meals while surfing the Food Channel, you’re wrong. You can only burn so many pot roasts,” he said.

But some restaurants just can’t make the math work right now. The Downtowner in Lafayette, Indiana, closed its dining room in mid-March and quickly abandoned takeout after getting only a handful of orders.

Now the 69-year-old restaurant is shuttered until the crisis passes. Its six full-time employees are signing up for unemployment benefits.

Still, Manager Yolanda Timmons said she’s optimistic that the restaurant will reopen when the outbreak recedes.

“We’re going to have the biggest party when we can all get out,’’ Timmons said.