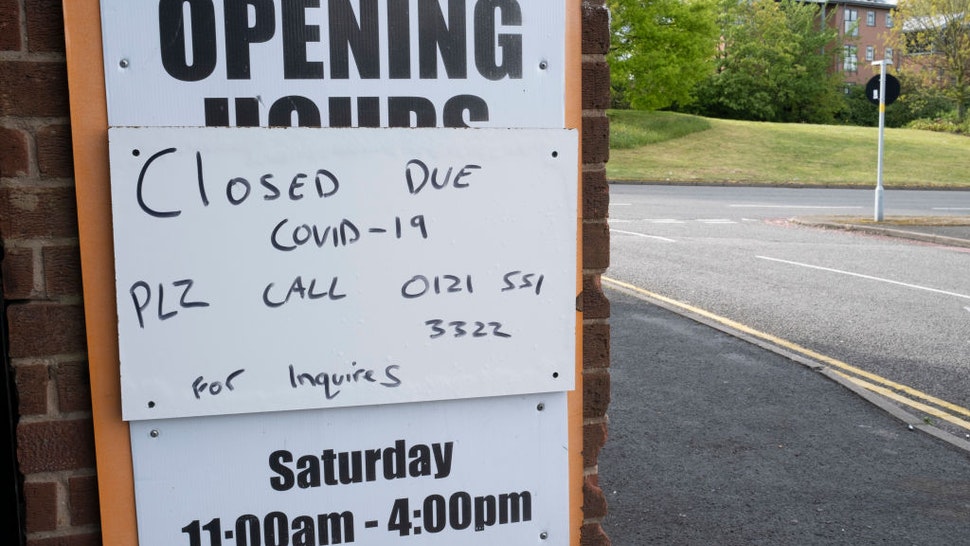 Associated Press: WASHINGTON, USA — The number of Americans seeking unemployment benefits rose last week by the most in two months, to 898,000, a historically high number and evidence that layoffs remain a hindrance to the economy’s recovery from the pandemic recession.

Thursday’s report from the Labor Department coincides with other recent data that have signaled a slowdown in hiring. The economy is still roughly 10.7 million jobs short of recovering all the 22 million jobs that were lost when the pandemic struck in early spring.

Confirmed coronavirus cases have been rising again nationwide in the past month, likely causing more Americans to hold back from eating out, shopping and engaging in other commerce. Cases have spiked in Wisconsin, for example, prompting renewed restrictions on business in Milwaukee and Madison.

Across the country, applications for unemployment aid are rising while negotiations over a new stimulus package between House Speaker Nancy Pelosi and Treasury Secretary Steven Mnuchin remain mired in a stalemate.

The job search website Indeed said its job postings were unchanged last week, remaining about 17% below last year’s levels. Many employers still aren’t confident enough in their businesses or in their view of the economy to ramp up hiring. Job postings had rebounded steadily over the summer, but the gains have slowed in the past two months.

“Further recovery looks to have stalled out,” said AnnElizabeth Konkel, an economist at Indeed. “Holiday hiring is sluggish, and many businesses need to make significant changes to ride out the colder months.”

The recession has disproportionately hurt in-person service industries, especially restaurants, hotels, travel companies and entertainment venues. The damage to those industries has left millions of people unemployed, likely for an extended period until they are either finally recalled to their previous jobs or switch to new careers. 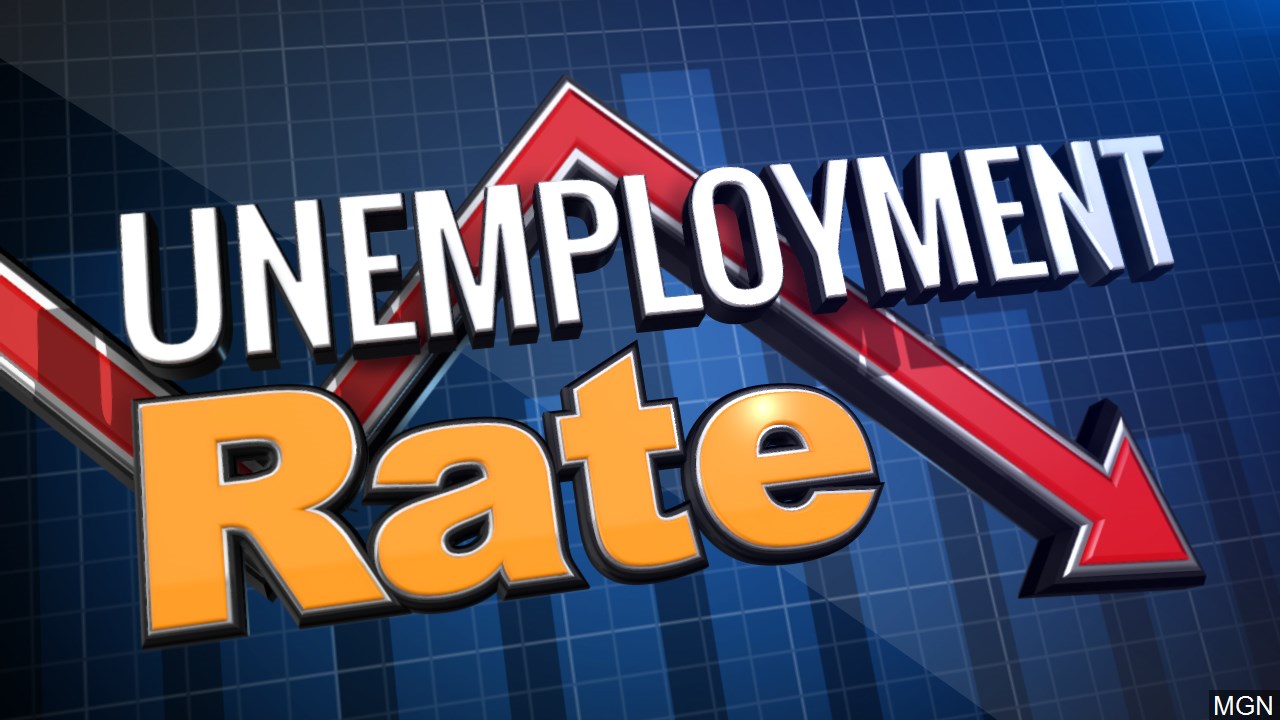 The government’s report Thursday, showing that initial requests for jobless aid rose 53,000 last week, also said the number of people who are continuing to receive benefits dropped 1.2 million to 10 million. That decline signals that many of the unemployed are being recalled to their old jobs.

But it also reflects the fact that potentially even more people have used up their regular state benefits — which usually expire after six months — and have transitioned to extended benefit programs that last an additional three months. The extended aid programs were established by the financial aid package that Congress enacted in the spring.

Indeed, the number of people receiving extended benefits in late September, the latest data available, jumped 800,000 to 2.8 million. The government also said 373,000 people applied for jobless aid under a separate program that made the self-employed, contractors and gig workers eligible for unemployment benefits for the first time.

That figure was 90,000 lower than in the previous week. These figures aren’t adjusted for seasonal trends, so the government reports them separately from the traditional jobless claims.

Nearly all jobless benefit recipients are now receiving only regular state unemployment payments because a federal weekly supplement of $300 has ended in nearly all states. A $600-a-week federal benefit expired over the summer.

Economists have warned that without further aid, families across the country will struggle in coming months to pay bills, make rent, afford food and avoid eviction.

The end of federal aid for the unemployed will likely force many of the jobless to sharply cut their spending, thereby weakening the economy. The full impact may have been delayed, though, by the fact that most of the federal aid was saved or was used to pare debt, according to research by the Federal Reserve Bank of New York.

According to the New York Fed, at the end of June nearly one-quarter of jobless aid payments had been saved. Nearly half were used to pay down debt. Just 28% of the money was spent. 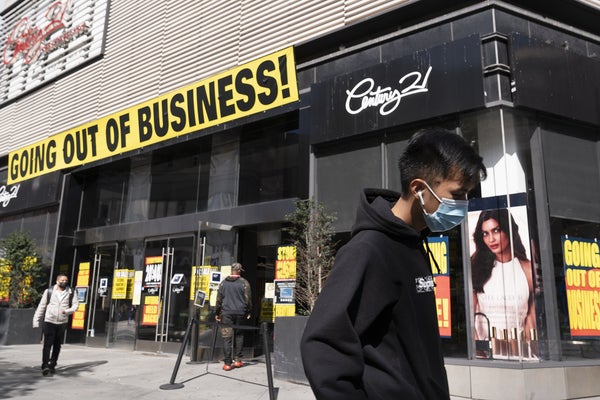 And more than one-third of the $1,200 stimulus checks that went to most adults was saved, with an additional one-third of that money used to pay off debt. Overall, Americans’ saving rate remains sharply higher than pre-pandemic levels, suggesting that some people will be able to continue paying some bills out of their savings, at least for now.

The end of the federal payments has also underscored the dramatically uneven nature of unemployment benefits across states. In Arizona, for example, the maximum weekly payment is only $240, while in neighboring California it’s $450. In Florida and Tennessee, the maximum is just $275. In New Jersey, the top weekly benefit is $713.

And about a dozen states lowered or froze their maximum weekly payment after the 2008-2009 recession, according to a report from the Century Foundation. In North Carolina and Wisconsin, for example, the maximum payments are no longer set as a proportion of average weekly wages in the state, which typically rise each year. Instead, they are set according to formulas related to a recipient’s previous earnings.

Most states had to borrow billions of dollars to fund unemployment benefits during and after the Great Recession. To cut costs, many responded by cutting the amount or length of weekly payments. Only a few have since reversed their cuts.

Nationwide, on average, unemployment benefits replace about 33% of what recipients earned at their previous job. That is down from 36  percent in 2009.

“It is a steady downward trend,” said Andrew Stettner, a senior fellow at the Century Foundation. “The formulas have gradually gotten more stingy.”

Some of the lowest benefits are provided in states where Black Americans make up the largest proportion of jobless aid recipients. In Mississippi, for instance, 54 percent of unemployment aid recipients in August were Black, according the Century Foundation. The maximum benefit in that state is $235 a week. Black Americans are much more likely to work in restaurants, retail stores, hotels and other industries that have suffered enormous job cuts.

In South Carolina, more than one-third of people receiving unemployment aid are Black. The maximum benefit is $326.

Police: Man Shot At Darrell’s Wharf Moved Out Of ICU To A General Ward