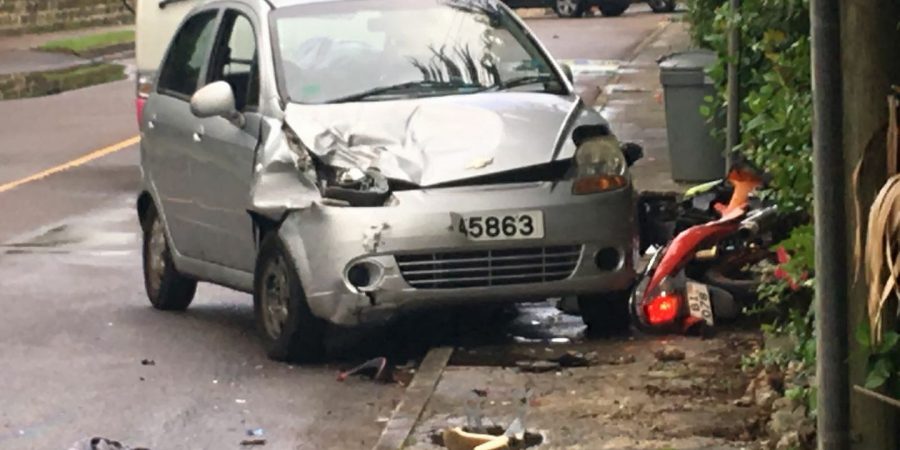 Earlier today, we published an ‘Open Letter to the Car Driver Who Left My Family For Dead’.

Let me back up on that for one minute. First and foremost, in all the confusion caused by this serious road traffic accident that affected two close relatives, a mother and son, travelling on South Road, when they were hit by an oncoming vehicle.

Initial reports suggest the driver was heading for her and her son head-on, in the motorcycle’s lane.

Initial reports reaching my family, conveyed by police, indicated that the driver was subsequently arrested.

Having spoken to the Police Media Manager, that was not the case.

As it turns out, the driver, went to the Hamilton Police Station on his own accord, where he was questioned/interviewed by police and released. He was never arrested.

Initial reports also suggested that the driver had left the scene of the accident. This too, was not the case. I stand to be corrected.

He also confirmed that bystanders stayed with the young man who was hurled into the bushes as a result of the impact, when the motorcycle was hit. He was never left alone while waiting for the hospital ambulance to arrive.

BUT, that does not excuse what happened once this young man was conveyed to King Edward VII Memorial Hospital.

Doctors ordered X-rays for his injured foot, but they never did a chest X-ray, despite the fact that he complained of chest pain.

His foot wasn’t broken, so it was wrapped. He was given a walking stick, and told to go home and rest. If it weren’t for his aunt, a healthcare worker, who insisted he go right back to the hospital last night to have a chest X-ray and a series of tests.

And what did they find – a SLIT in his heart!

What I can’t help but wonder is IF WE TOOK THEIR ADVICE and let this child go to sleep last night,  I can’t even bring myself to say it out loud! Lord Have Mercy!

Where is he now? He’s been airlifted out of Bermuda with his older brother, the only one in a position to go with him – why? Because his mother’s in hospital with a broken leg broken in three places.

As a family, right now we cannot afford to focus on KEMH, or what did, or did not happen. We have got to focus on bringing this young man through this awful dilemma.

Frankly speaking, right now, we can’t even think any further than that.

For the record, I wasn’t there. I don’t know what happened, or why. At this point I’m not even sure if I care.

What I do know is this madness has got to stop!

I don’t know what it’s going to take but you are steadily taking lives and limbs, hearts and souls away – constantly – almost every single day!

No one wants to wake up to bad news – not like that!

This story comes with a heavy toll. Who would have thought one Sunday morning ride would land us here, in the midst of a medical crisis.

Like I said – I don’t know what happened. But I do know something has GOT TO BE DONE!

The good news is, I know this baby boy comes from good stock, he’s built on strong DNA, and if we have anything to do with it – he’s not going out this way!

Please Keep Our Beloved in Prayer! 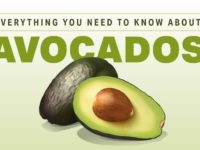 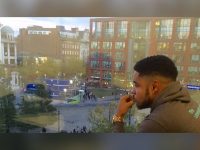