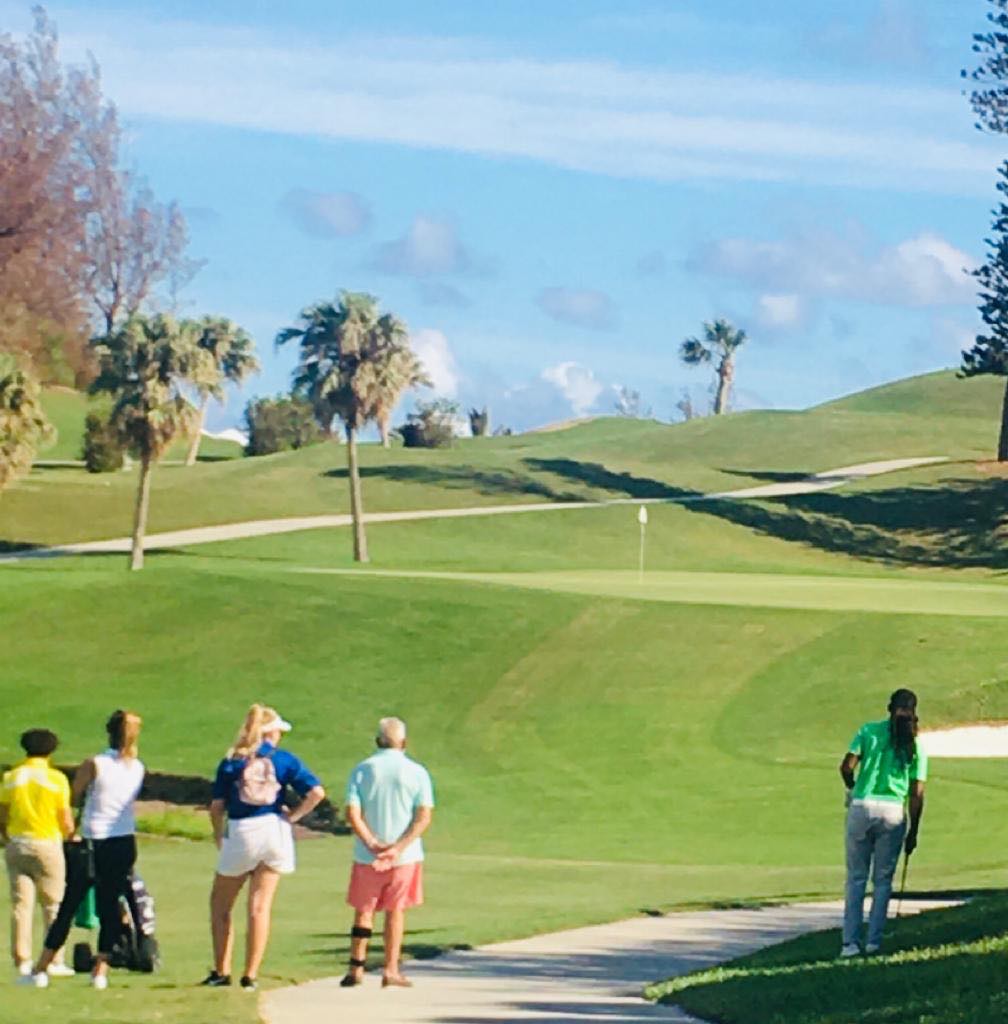 The PGA Tour Bermuda Championship Local Qualifying got underway on Wednesday October 16th, 2019 – ironically on the same weekend the now defunct Bermuda Open Championship was held.
The day belonged to former Nationwide Tour Member & Former Bermuda Open Champion Michael Sims who played a near flawless round of 67 – with only one blemish – a double bogey on the 15th Hole – which followed a string of birdies on 7, 10, 11, 12 & 13; with Sims capping off a fine round with a birdie on #17. In hot pursuit is top local amateur Jared Dillas with a solid three under par 68 with some great ball striking.
Bermuda Championship Executive Director PH Horgan 111, a PGA Tour Champions Player  & former Bermuda Open Champion, is well aware of the significance of this date and that the introduction of this historic qualifying event could well be the precursor for the return of a Bermuda Open Golf Championship.
On hand to watch the players this afternoon was Minister Zane Desilva, who together with Works Minister Lt. Colonel David Burch, Executive Director PH Horgan, Sean Sovocol of Bruno Sport Management and Greg Maybury of Port Royal Golf Course have done yeoman service to bring this qualifying for the three million dollar event to Port Royal Golf Course, Bermuda in 2019.
It was exciting watching the groups play the first hole – a testy opening hole, but with a generous middle of the green pin placement, made for some exciting approach shots. Non better than the high approach shots to #1 of Daniel Augustus and Jared Dillas which provided some early excitement.
It is an unbelievable opportunity for modern day Bermuda golfers. All those associated with making this unprecedented three qualifying spots for Bermudians, must be commended. 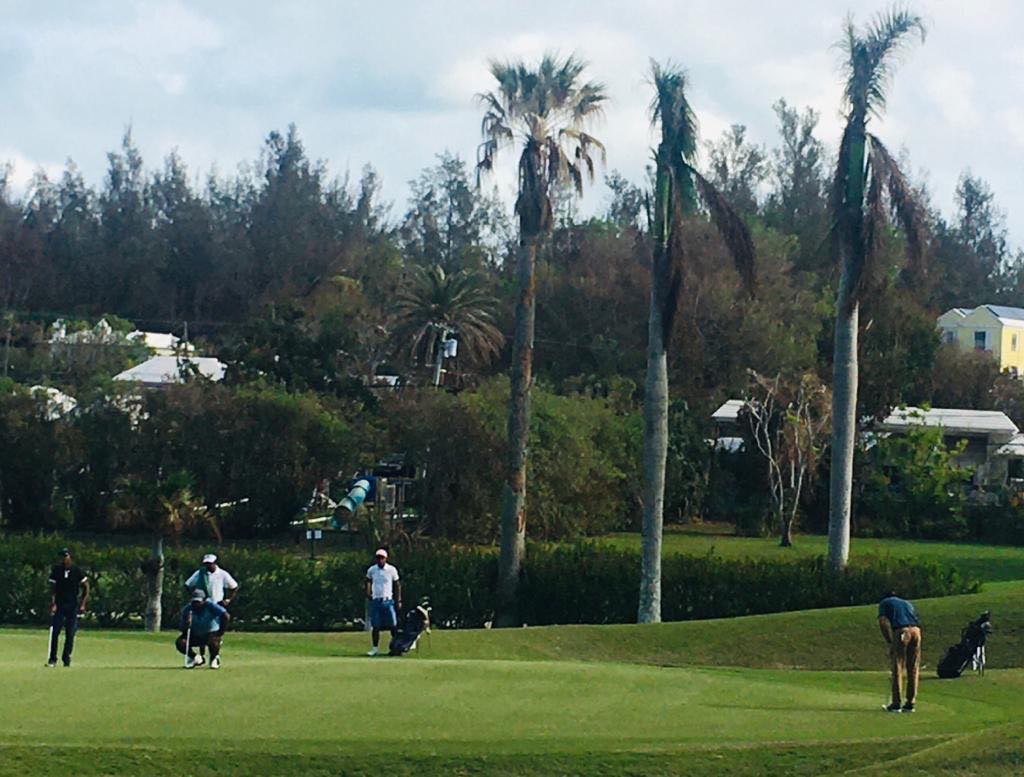 Today was surreal for me to observe the greatest opportunity for Bermudians  in our sporting history taking place on my ‘Field of Dreams’ the Port Royal Golf Course. The three million dollar PGA Tour Bermuda Championship finally brings a PGA Tour event to our shores.

I was reminded of the stories about when Bermuda was a pioneer in televised global golf dating back to 1959 at Mid Ocean Club, when an infamous televised match between Mason Rudolph vs Sam Snead was held, considered by many to be the precursor to the iconic Shells Wonderful World of Golf.

Today invoked nostalgia, as ironically  35 years ago this week in 1984, I won my third Bermuda Open Championship on the original Port Royal Golf Course. To add today’s natural mystique, Keith Smith and I together both watched some of the golfers this morning. 35 years ago in 1984 was also the same year we (Keith Smith and I) won the World Cup of Golf, Americas Zone Qualifying when Bermuda made its first ever appearance in the World Cup of Golf.

The opening group of Michael Sims, Camiko Smith and Daniel Augustus had a Birdie Buffet between hole 7 and 13 which drew crowds to watch them. Between them they collectively played these holes #7 to #13 with 10 birdies and 1 eagle. They were all on a roll after 13 holes:

Top-Ranked Barty Retires At 25, Goes Out On Her Own Terms

First Round Of 2021 PGA Tour Butterfield Bermuda Championship Gets Underway