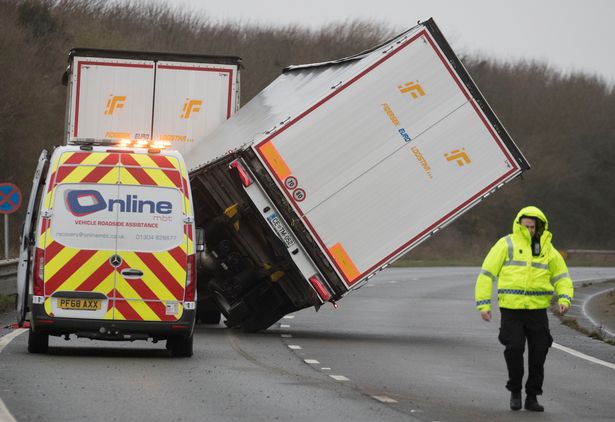 Powerful winds with snow and thunder strikes could combine in Scotland on Monday as Storm Ciara continues to wreak havoc across the UK today with powerful winds that will cause chaos on the roads and rails.

“Trees were toppled and debris was blown across roads as the 1,000 mile-wide weather front caused hurricane-force winds and 50ft waves.

“As the clear up effort continues tomorrow, more than 7,000 RAC call-outs and dozens of rail cancellations are expected.”

“More accidents are expected. Slow down and allow extra time for journeys.”

Gale force winds are expected to continue on Monday.

“An inch of snow is expected to fall on low levels and eight inches on higher ground, with drifts over 4ft high blocking roads.

“Gusts today have hit 105mph in Scotland, 96mph in northern England and 81mph on the Isle of Wight,” the report said.

“They will continue to wreak havoc over night, with wind speeds unlikely to dip at all during early Monday morning or afternoon.

“In Stanmore, London a crane was snapped in half in the winds.

“Storm Ciara even tore off the blades of the Burgh Le Marsh windmill in Lincolnshire.

“Trains were delayed in Kent when a trampoline blew onto the lines near Bickley.

“The Humber Bridge, which connects East Riding of Yorkshire with North Lincolnshire, was closed to all traffic and pedestrians for only the second time in its history,” the report added.

“A red ‘danger to life’ warning has flagged the River Nidd at Pateley Bridge and Bewerley in north Yorkshire as the river over-tops flood defences.

“More than 400 flood warnings and alerts had been issued across the UK as of Sunday afternoon as homes and businesses were in danger of being inundated by swollen streams.

“Trees across the country collapsed or snapped in half, causing immense travel difficulty.

“It is the strongest storm since 2013, which saw the St Jude’s Day storm and Christmas gale chaos.

“A hotel in Scotland collapsed as the river below it swelled into a torrent.”

John Hammond of weathertrending, an ex-BBC and Met Office forecaster, said: “It’s the wildest weather of winter and it’ll feel the coldest it has all winter.

“Strong winds will blow wintry showers right across the country, with sleet flurries for the South and East.

“North-West Scotland’s hills will get a battering by snow, with blizzards and metres of snow on higher mountains. Scotland’s ski season will finally be up and running.” 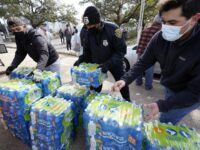 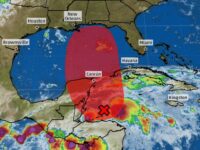 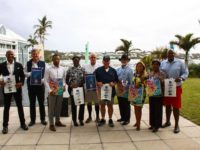