UK Might Not Be Over The Worst, Scientists Warn, As COVID Case Numbers Stay High

The Guardian: LONDON, England, By Robin McKie – Britain is heading into winter with the number of COVID cases remaining at a worryingly high level. At the same time, the nation’s vaccination programme appears to have stalled.

That is the bleak view of leading epidemiologists who have warned that the worst effects of the pandemic may not yet be over for the UK. As the weather gets colder, more and more people are likely to socialise in restaurants, bars and cinemas rather than in parks or gardens with the result that transmission rates of COVID-19 are likely to rise.

At the same time, employees are being encouraged to return to their workplaces, which will also drive up infections. At present, new COVID cases are being reported at a rate of about 35,000 a day – though Britain’s vaccination programme has kept hospitalisations to below the 7,000 level with fewer than 200 deaths occurring every day. These figures have remained fairly stable for the past few weeks.

Crucially, the majority of those in hospital with severe Covid are unvaccinated. It is therefore very important to continue to give jabs to as many people as possible, said Professor Mark Woolhouse of Edinburgh University. “We need to finish the job and give the maximum number of jabs. Unfortunately, our vaccination programme has stalled and rates are regularly dropping below 100,000 doses a day – that’s lower than many other countries, including many in Europe. I fear we are now storing up trouble for the future.” 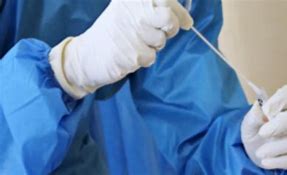 This point was backed by Professor Martin Hibberd, of the London School of Hygiene and Tropical Medicine. “In winter, cases of respiratory disease go up and we need to have as many vaccinations as possible to keep that increase from becoming a real problem. However, there has been no sign of vaccination programmes beginning at schools and that is surely a missed opportunity. We need to vaccinate as many pupils as possible before November, but not much appears to be happening. That is definitely something to worry about.”

The importance of maintaining high vaccination rates was highlighted yesterday by figures released by NHS North East London. “In July and August in north-east London we had more than 200 people in intensive care with COVID, and over 90 percent of those were not fully vaccinated, so the more people we can get vaccinated and fully vaccinated the better,” said a spokesperson.

Woolhouse added that people were still limiting the number of contacts they had with others. “These contacts are roughly two-thirds of what they were before the pandemic began and that is helping to keep down viral transmission rates. However, as we return more and more to normality, those contacts will return to higher levels and that will create more opportunities for the virus to be transmitted.

“It is unlikely some of the worst predictions that were made over summer about the course of the pandemic over autumn and winter are going to happen. So there are some grounds for optimism. However, I would certainly be much more comfortable, if we could get case numbers to start going down in the near future.”

In addition, there is the danger that a new strain of the COVID-19 virus could emerge in coming months, one that is even more transmissible or more able to avoid protection provided by vaccines. “It is a real prospect,” said Hibberd.

“On the other hand, I have been predicting a strain worse than the Delta variant for a while but it hasn’t happened. Hopefully this means the COVID-19 virus may be constructed in such a way it cannot change much more than it has done so far. Nevertheless it is clear we need to be aware that a serious new variant could appear, and keep a close watch in order to pinpoint its appearance as soon as possible.”

Health Passports ‘Could Allow Vaccinated Brits Back Into Pubs & Restaurants’