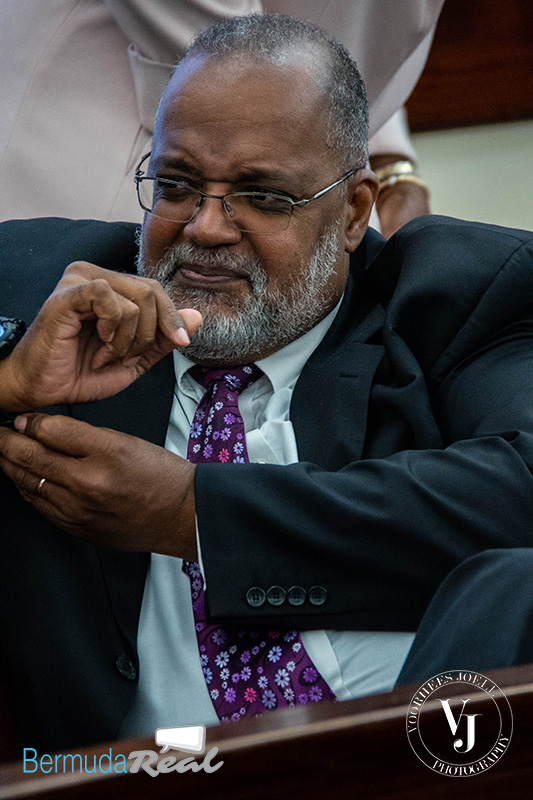 In preparation for this series Bermuda Real sat in on Civil Court proceedings over a four-week period that started in mid-September 2014 to witness a slew of cases stemming from unpaid bills as a direct result of unemployment in Bermuda.

It was clear from the outset that the impact of the recession remains firmly in tact, although a number of new job opportunities have arrived since this report was started. And while millions of dollars in unpaid hospital bills tops the list of debt collection cases before this court, unpaid utility bills from Belco and cell phone bills follow very closely, neck-and-neck in second and third positions.

Unemployed single mothers faced with unpaid nursery bills and other debts appear regularly, with senior citizens, together with a host of men and women unable to pay their bills due to unemployment.

In an ongoing case involving a $11,920 hospital bill in arrears, one woman was urged to pursue child support proceedings from the fathers of her two children.

“I am prepared to give you some leniency and hold off making an order until the child support issue has been sorted out in Family Court,” said the magistrate.

The woman advised the court that she was only able to pay $50 a month on her hospital debt. The magistrate replied: “$50 a month is not going to cover this debt with the interest which is like throwing money into a black hole.” Her case was adjourned pending a ruling in Family Court on the issue of child support.

A 69-year old man who said he remains unable to work due to illness that led to a hospital bill in excess of $22,000. The magistrate stressed that he “cannot force the hospital to write-off a $22,000 debt”.

“The most I can do is see if things get better and you keep coming back to court every three months,” he said. The case was adjourned until February 2015.

One man was told that he only seems to pay on his bill when he’s ordered to court. He was warned that committal warrants have been issued on his case before and without payment as ordered another warrant was imminent.

Another man summoned to court for unpaid debts was slapped with another set of unpaid fines for traffic offences and outstanding warrants for unpaid hospital bills dating back to 2005.

Said the magistrate: “You either don’t like to pay your bills, or you can’t manage your finances, or you just don’t care, or it’s a mixture of all of that.” The man explained that he was self employed and that he had been out of work for an extended period due to family illness.

Urged by the magistrate to “come to grips with this because it’s not going to go away”, he ordered “a new start” for the man’s cases. “The courts will assist you but you have to meet us halfway. You’re looking at $10,000 in bills – easy is always better than hard,” he said. “Or I will have to take the next step which is incarceration.” A new court date was set down in November.

Another single mother with two children told the court: “I don’t have any money because I’m not working. I’ve been going to Workforce Development, I’ve applied at Coral Beach, Elbow Beach and Fairmont Southampton Princess. Most of them say they don’t have anything and I need a job – I’ve got children.”

She told the court that her job was made redundant in June leaving her unable to pay on a $1,510 bill in arrears. Asked by the magistrate if she gets any help through child support she said her son’s father “helps out every now and then”, but her daughter’s father “doesn’t work or works when he wants to”.

She was ordered to start court proceedings to run both fathers in for child support and sent to the Family Court office to do it right away. “You’re facing prison for a nursery school bill – there’s no reason the fathers of your children can’t help you,” said the magistrate. “And if the father who doesn’t work doesn’t get the rag out and pay what he should have been paying in the first place then he’s good for nothing.”

Warrants were then issued for another seven defandants who failed to appear before another single mother with several children broke down in tears when called. She told the court her last pay cheque was only $214 after deductions.

The hotel waitress said her job is seasonal and the gratuities fluctuate. At one point she said she was only working four hours a day unless she was called in to do another four-hour shift at night.

Behind in her rent, in all, she has 16 other cases before the court involving an estimated $20,000 worth of debts owed mainly to the hospital and rent. The magistrate indicated her cases will have to be consolidated to help her get a handle on her debts.

Another case initiated by a disgruntled tenant against her former landlord saw an abrupt ending in the tenant’s favour. The young mother was suing for rent and her deposit after paying a pest control company to deal with roaches in the apartment.

“The apartment was not clean when I moved in and certain issues were never rectified,” she said. “There were roaches in the apartment and in the refridgerator so I gave him a month’s notice.”

The landlord insisted at first that she was lying and denied there were ever roaches in the apartment refridgerator. But the magistrate informed the landlord that at this point there’s a judgement against him. “You have to have a defence and if that is the case we would then have to set the matter down to be heard,” he said.

The self-employed landlord said he didn’t have time to spend in court instead of working and agreed to pay the tenant whatever she was claiming “to get it over with”. He wrote out a personal cheque for $825 and gave it to the tenant in court right away.

The pledge was made in the party’s last Throne Speech in November 2012. Former Governor George Fergusson said: “Consideration will be given to providing oversight and guidance for debt collection agencies where it is found to be needed.” The former PLP administration also pledged to do more to help people struggling with debt due to unemployment.

Concern was also expressed for people who lost their homes due to foreclosures with judgement debts against them which carries a statutory seven percent interest rate. Said Mr Fergusson: “There is a delicate balance that must be held between aiding those who genuinely lack the capacity to repay a debt and penalizing those who are unwilling to pay to ensure that creditors are comepnsated for the cost of loans that are outstanding.

“Given that principle, the Government will prudently assess whether a decrease to the current Bermuda statutory interest rate is a viable option to aid long term financial hardships for low-income debtors in the current climate or whether alternative relief programmes, either prescribed by the Legislature or support by Government, would be a better option.”

The objective he said was “to maintain Bermuda as a commercially-respected jurisdiction that provides assurance for fair compensation in debt recovery while providing useful options to those individuals in respect in legitimate financial hardship and who are unable to pay”.

Two years later under the new One Bermuda Alliance Government, the promise remains just that – a promise. The issue was raised again in November 2013 by the new administration but this time the focus was placed on legislative amendments to strengthen debt collection and enforcement measures to collect unpaid taxes.

The OBA also pledged to move away from prison sentences for unpaid child support to ‘more creative solutions’. To date, no new solutions have been put in place. The issue was raised by PLP MP Wayne Furbert in recent weeks but the proposed legislation failed to pass in the House of Assembly. 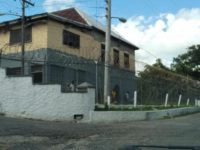 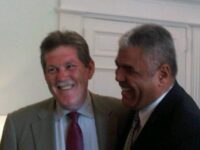