Two young Bermudians pursuing careers as Power Engineers will benefit from a joint Government initiative to fill jobs with Bermudians.

“This facility essentially is an almost 100 percent Bermudian operation and this Government is committed to taking whatever steps are necessary to recruit , train and promote young Bermudians into these posts,” said Col Burch. 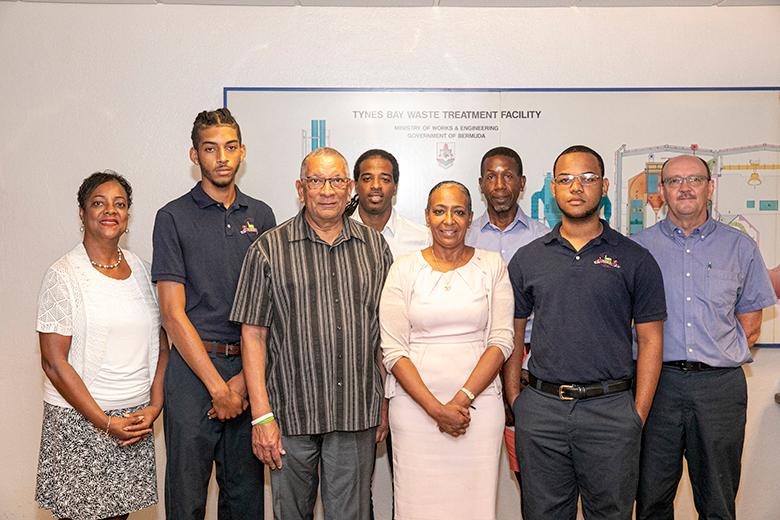 Accompanied by his Ministerial colleague Lovitta Foggo, Minister of of Labour, Community Affairs and Sports and other officials, Power Engineering candidates Marcal Wilkinson and Hezekiah Rampersad, were formally introduced to the media.

Recapping the history on “how we arrive at this place”, Minister Burch said prior to the 2007 individuals who obtained Power Engineering licenses from Canada through “a training program initiative set up through the Government of Bermuda”.

“A local coordinator guided staff through the course work and additional documentation for study guides. In addition, a Technical Standards & Safety Authority (TSSA) testing invigilator travelled to the island periodically to conduct licensing exams on island.
“While the program had some notable successes helping most individuals obtain the minimum 4th class license and some second and third class licenses, it was very costly and some did not take full advantage of the program,” he said.
“Of note though is, the current Operations Engineer, Mr Matthews did take full advantage of the program and obtained a 1st class license. The Tynes Bay Waste to Energy Facility continues to be recognized as a First Class Power Plant through TSSA which oversees the province of Ontario.”
But he said: “For a variety of reasons the initiative lost momentum and another method had to be devised. The success of that programme however, is that many individuals who currently hold operation positions around the island in the  various establishments locally and abroad such as Belco, Bermuda Hospitals, Fairmont Southampton Hotel and Ontario Bruce Power Nuclear Power Plant – to name a few – are as a result of that programme.”
He also noted that Cambrian College “provides training up to the 2nd class Power Engineering level”. 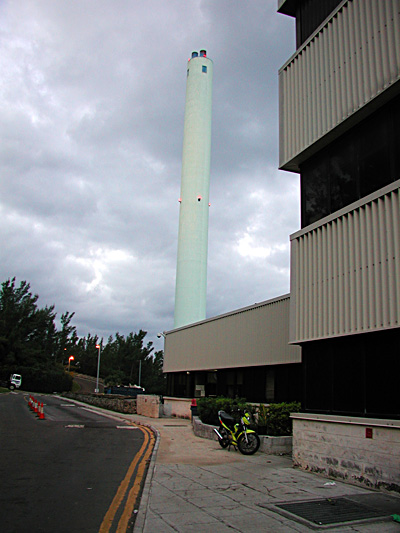 “Their program allows students to obtain valuable steam hours for licensing qualification which aids in a quicker completion time. Cambrian also has a TSSA approved, working steam plant where students gain specialized hands on training.”
He also noted that Cambrian’s course is “generally oversubscribed” with a waiting list that can last for “two years or more”, as the the program uses a “Canadians First” approach.
“We are researching other Canadian jurisdictions to ascertain if there are more options available to expand the programme.”
“We have every confidence that Marcal and Hezekiah will be successful and support each other on this journey as they have been friends since high school and both completed the dual enrolment programme last year at Bermuda College,” he said.
“They know and I wish to publicly state that all of us in this Ministry will support you in this effort – so do not hesitate to ask for any help that you need.”
Highlighting the “success” of both candidates, Minister Foggo noted that they were “among 40 other persons who attended an information session in 2018 about power engineering”, to “for an Advanced Diploma in Power Engineering Technology (PWTY)”.

“These are the kind of success stories that the Ministry of Labour, Community Affairs and Sports and government must champion,” she said.

“This specific training programme was initiated last year in an effort to address the division’s future employee needs.

“Natural attrition and the competition for employees in the local and global marketplace led the Management of the Tynes Bay Waste to Energy Facility to look at their training projections and their need for Power Engineers at their facility.

“During an information session that was hosted in 2018, we invited individuals to come and learn about power engineering and related fields,” she added. 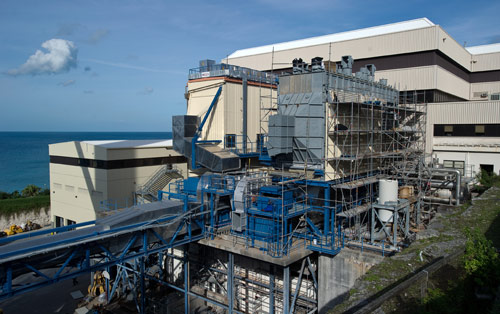 Once the candidates were shortlisted, the Department of Workforce Development “then engaged the Cambrian College of Applied Arts & Technology:.

“The school’s curriculum is endorsed by the Technical Standards and Safety Authority (TSSA) a standard accepted for Power Engineers working in Canada and Bermuda,” said Ms Foggo.

“This same programme will help these young men to maximize their career opportunities by preparing them to challenge the various TSSA examinations after each year level.

“Ultimately, the aim is to prepare them for supervisory and management roles in power plants and other industrial settings.

“As has been demonstrated by highlighting the achievements of Marcal and Hezekiah – this Government remains heavily vested in developing Bermuda’s youth. And we are pleased that we are able to support their growth in this way,” she added.

“As I close, I should note that Hezekiah participated in our Summer Employment Programme a couple of years ago.

“We view our Summer Internship Programme and our Summer Employment Programme as excellent opportunities for our young people to build experience in their respective areas of study.

“As a result, our students are better equipped to make more informed choices about their future studies and career path. So congratulations to you both.

“Lastly, I must extend my thanks to those who have helped make our training and development initiatives a success. Special thanks of course to the individuals at the Department of Workforce Development, including Mr Kenneth Bartram, for continuing to go above and beyond to help young Bermudians.

“We will continue to provide our young people with career support and guidance.”