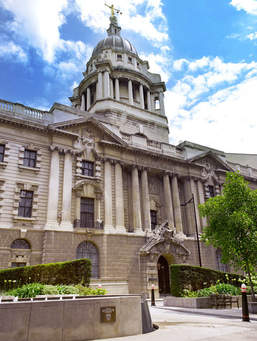 Two Bermudian men who are cousins and brothers-in-law are currently on trial in Britain on terrorism charges, alleging “a drone terror plot”.
According to a report published on Tuesday by Manchester Evening News, Hisham Muhammad, 25 stands accused of “of engaging in conduct in preparation for acts of terrorism”.
The Crown contends that he was planning to use a radio-controlled drone to attack an army barracks.
His cousin, Faisai Ahmad, 24, is charged is “one count of having information which he knew or believed might be of material assistance in preventing the commission by another person of an act of terrorism and failing to notify the authorities”.
Both men have denied the charges drawn against them in the Old Bailey in London.
The court heard that “Hisham Muhammad grew up in Bermuda where his parents lived but moved as a young man to the Gambia”.
“Faisal Abu Ahmad was born in Bermuda but when he was quite young moved to America and then to Gambia,” the report said.

Both men are said to have kept in touch with their wives in Senegal, who are sisters.

They were arrested in June 2018, when police raided their apartment in Greater Manchester, in Bury.

Another witness said the bucket “appeared to have a push switch detonator type thing”. He also saw “a toy gun, a picture of guns and religious photos”. 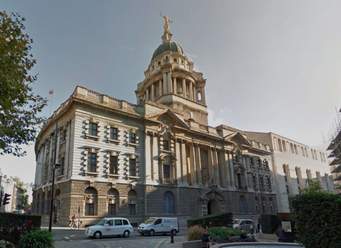 Jurors also heard “the search of the house uncovered phones and a tablet attributable to the defendants, a variety of knives, improvised weapons, face coverings and camouflage clothing, hand-written notes and drawings in various exercise books, knife sharpening instruments and army recruitment documentation”.

Police also seized “a knife sharpening block in the large front bedroom along with an axe cover, a tomahawk, a machete and two axes, two cardboard training knives and a wooden sword”.

The also found “a pair of scissors embedded into the side of a sofa and there were two ‘grip claws’ behind the radiator, a toy AK47 assault rifle and a curved knife in a holder”.

According to the report: “The landlord of the property, Onkar Singh, is the first witness in the trial.

“He told the court that he “became concerned that the rent was being paid and went to speak to Hisham Muhammad on June 1”, and that “he noted there were no possessions in the house”.

Apart from “two airbeds and a sofa”, the court heard that “none of the other bedrooms contained any beds or furniture”.

The prosecutor also told the court that the defendant “visited a web page about the relationship between ‘Ramadan and Jihad’ and other similar websites”.

“He was also said to have researched what weapons UK police carry, how they respond to a terror attack and British military police,” the report said.

His cell phone had also “been used to conduct internet searches for products such as potassium nitrate and aluminium powder although neither of these chemicals was found at the house”.

Jurors also heard that “investigators found evidence that plans were afoot to drop an improvised electronic device from a drone”.

“In the bedroom, police found a device which had been made from a series of ice lollipop sticks attacked to an electrical component as well as sketches in an exercise book about how to drop an Improvised Explosive Device (IED),” the report said.

No explosives were found in the house.

The trial was adjourned until next Monday.