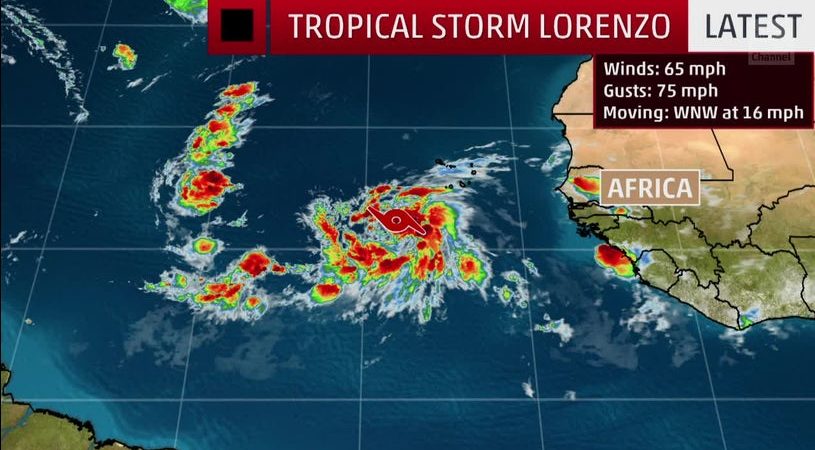 A tropical storm warning is currently in effect for Bermuda as Jerry is “forecast to bring tropical storm force winds from early morning on Wednesday and extend into the afternoon period”.

Forecasters at the Bermuda Weather Service (BWS) say the southeasterly winds ahead of Jerry,will “rapidly increase today with showers, which should tend to rain at times”.

“A thunderstorm or two is possible later today and into Wednesday as well as dangerous surf and rip tides.”

Meanwhile, Tropical Storm Lorenzo is strengthening in the far eastern Atlantic Ocean and is expected to become a hurricane as it tracks far from any land areas later this week.

As of Tuesday, Lorenzo was centered more than 310 miles southwest of the southernmost Cabo Verde Islands and is moving west-northwest.

Forecasters at the National Hurricane Center (NHC) say Lorenzo could intensify into a hurricane today (Tuesday) and is then forecast to continue strengthening and may become an intense major hurricane (Category 3 or stronger) late in the week.

Initial indications are that Lorenzo will eventually turn toward the northwest later this week.

“That will prevent it from impacting any land areas for the foreseeable future. There’s a chance that Lorenzo could eventually move near the Azores in the northeast Atlantic Ocean sometime next week, but that’s too early to determine,” the NHC added. 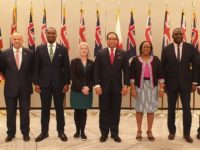 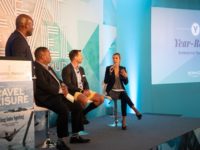