Forecasters say there is a chance that Tropical Storm Jerry could potentially upgrade “again to a hurricane”.

As of 5am Sunday morning Tropical Storm Jerry was located at 25.0N 66.9W with maximum sustained winds of 65 mph, moving NNW at 12 mph.

Forecasters at the Bermuda Weather Service say Jerry is still a threat to the island as the storm approaches from the southwest.

Potential impacts are expected “Tuesday into early Wednesday as it passes less than 100nm from Bermuda while it potentially upgrades again to a hurricane”.

“Before then, high pressure off the US mid-Atlantic coast will ridge eastward keeping it settled with a cool easterly breeze.”

According to the National Hurricane Center (NHC): “The risk of tropical-storm-force winds on Bermuda is increasing, with Jerry forecast to pass near the island Tuesday and Wednesday.
“It is too soon to determine what impacts the system will have on Bermuda , but interests there should monitor the progress of Jerry.
“A Tropical Storm Watch could be issued later today for Bermuda,” the NHC added.
Meanwhile, National Security Minister Wayne Caines will hold another news conference after the next Emergency Measures Organisation meeting this morning (Sunday).
That conference is scheduled to be held at 12:30pm, when the Minister will advise parents in particular on whether or not public schools will be open on Monday, in addition to Government offices and other public services. 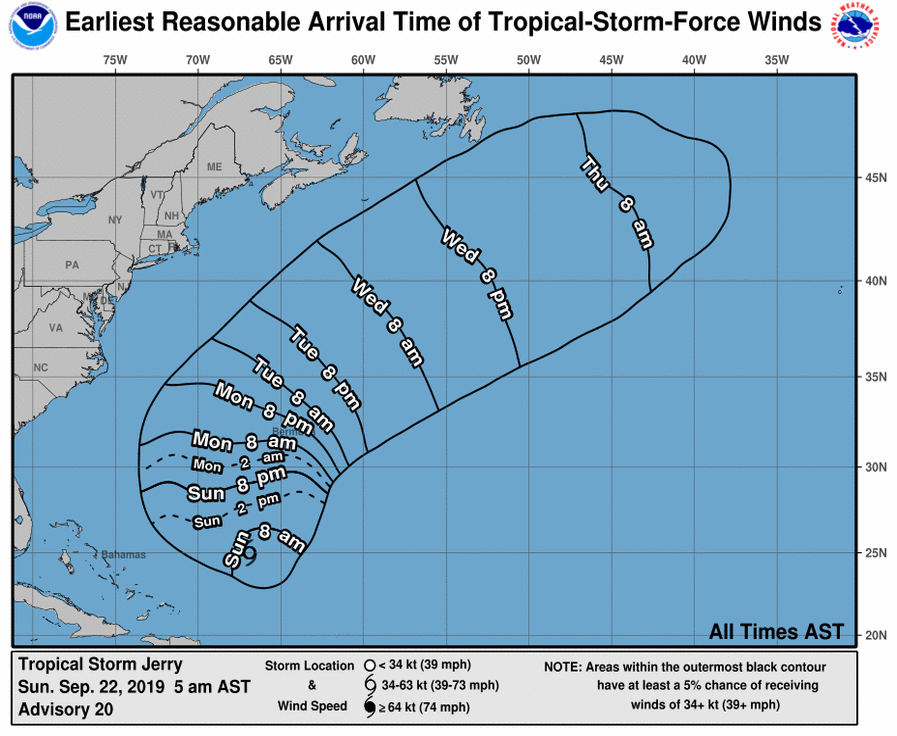 Only Passengers Will Be Allowed In The Airport