Cup Match fans and the community at large will no doubt be keeping a close watch on Tropical Storm Emily, the fifth named storm of the Atlantic hurricane season, which is now a “potential threat to Bermuda”.

The storm is expected to weaken as it moves inland along Florida’s Gulf coast. Meanwhile, forecasters at the Bermuda Weather Service (BWS) said today, TS Emily is expected to reach its closest point of approach to the island around 3am Thursday morning, in the lead up to the start of the two-day classic.

The current track places the weather system to be 384nm within the next 72 hours. The BWS noted that “this system may move closer to Bermuda after this time period”.

According to the latest forecast from the US National Hurricane Center: “Emily is moving toward the east near 8mph (13 km/h), and this general motion is expected to continue today.” She is expected to turn toward the northeast with an increase in forward speed later tonight or tomorrow.

“NOAA Doppler radar data from Tampa, Florida, indicate that maximum sustained winds have increased to near 45 mph (75km/h) with higher gusts. Little change in strength is forecast until landfall occurs this afternoon. Emily is expected to weaken to a tropical depression while it moves across the Florida peninsula tonight. 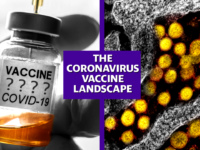