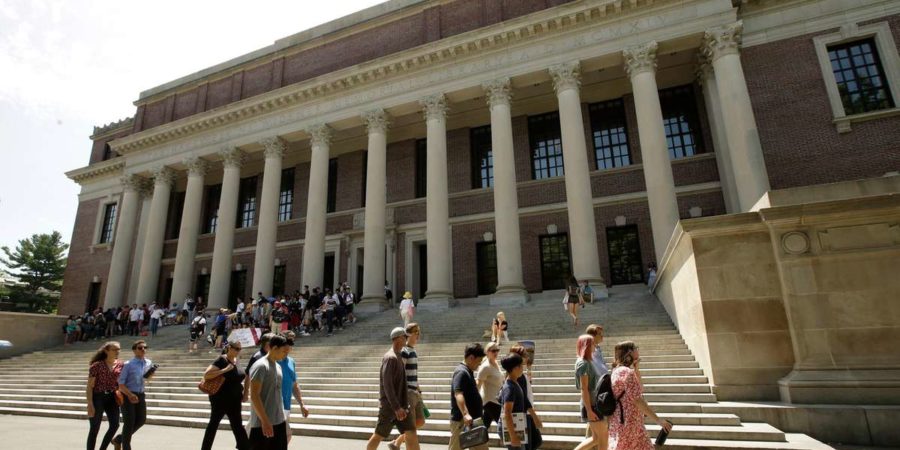 USA Today: WASHINGTON — New international college students — incoming first-year undergraduates and graduate students and the like — won’t be allowed to go to the United States this fall if their courses are only online, President Donald Trump’s administration said in guidance issued Friday.

Students from abroad who had enrolled in spring classes and already had student visas may remain in the country or come back after summer vacation, even if their university is offering only digital classes.

Immigration and Customs Enforcement’s guidance comes after a bitter dispute between the nation’s colleges and the federal government.

It’s a clarification of previous guidance, but it’s likely to prompt complaints and a scheduling scramble from some universities.

A previous rule from Trump’s administration would have effectively barred international students from the country if their university only offered digital classes because of the coronavirus pandemic.

Several universities, including Harvard and MIT, filed a lawsuit trying to stop the order from being enforced.

In an abrupt reversal, the administration withdrew that rule after public backlash, before ever defending it in court.

The guidance issued Friday makes it clear that new international students looking to study in America will need to enrol in an institution offering at least some in-person classes, even if their veteran peers can take only online courses.

ICE did say new international students would likely be able to enrol at universities that were offering a mixture of in-person and online classes, and they can stay in the country if their college switches to online-only instruction in the middle of the semester.