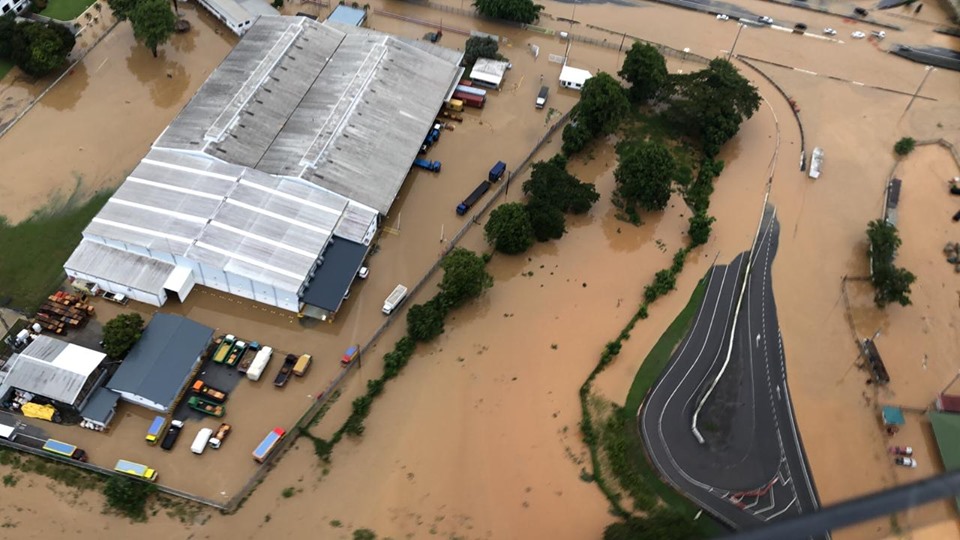 Floodlist News reports this weekend that residents in areas in the south western tip of the island of Tabago are still grappling with the effects of the storm surge and heavy rain caused by Tropical Storm Karen.

The storm’s strong winds and rough seas caused severe damage in the dual-island nation of Trinidad and Tobago in the Caribbean last week.

Strong winds downed trees and power lines, blocking roads and causing power and telecommunication outages.. All schools were closed and nine shelters were set up to house families displaced by the severe weather.

According to the report: “Several boats were damaged in the rough seas in the Plymouth area, where a jetty was destroyed. Storm surge and high waves also caused coastal flooding damaging some buildings in Plymouth.

“The worst of the flooding was seen in Scarborough, where at least 1 house was destroyed, and along the coast in Lowlands where several people were trapped in their homes.”

In a statement issued after the impact of Karen, the Tobago Emergency Management Agency (TEMA) said there were “approximately 88 reports of incidents” as a result of the storm

“These vary from blown off roofs, fallen trees and utility poles in the roadway, flooding, strong winds and damage to residential and commercial properties.

Areas affected include the capital, Port of Spain, Diego Martin and Cocrite where floods swept away vehicles.

“The St Joseph’s river broke its banks in the vicinity of Grand Bazaar, on the outskirts Port of Spain. Flooding inundated highways causing major traffic disruption.”