Grace battered southwestern Haiti, which was hit hardest by Saturday’s quake, and officials warned some areas could get 15 inches (38 centimeters) of rain before the storm moved on. Heavy rain also drenched the capital of Port-au-Prince.

The storm hit Haiti late Monday, the same day that the country’s Civil Protection Agency raised the death toll from the earthquake to 1,419 and the number of injured to 6,000, many of whom have had to wait for medical help lying outside in wilting heat.

As rains soaked the earthquake-damaged city of Les Cayes on Tuesday, patience was running out in the Western Hemisphere’s poorest nation. Haitians already were struggling with the coronavirus, gang violence, worsening poverty and the July 7 assassination of President Jovenel Moïse when the quake hit.

Bodies continued to be pulled from the rubble, and the smell of death hung heavily over a pancaked, three-story apartment building. A simple bed sheet covered the body of a 3-year-old girl that firefighters had found an hour earlier. 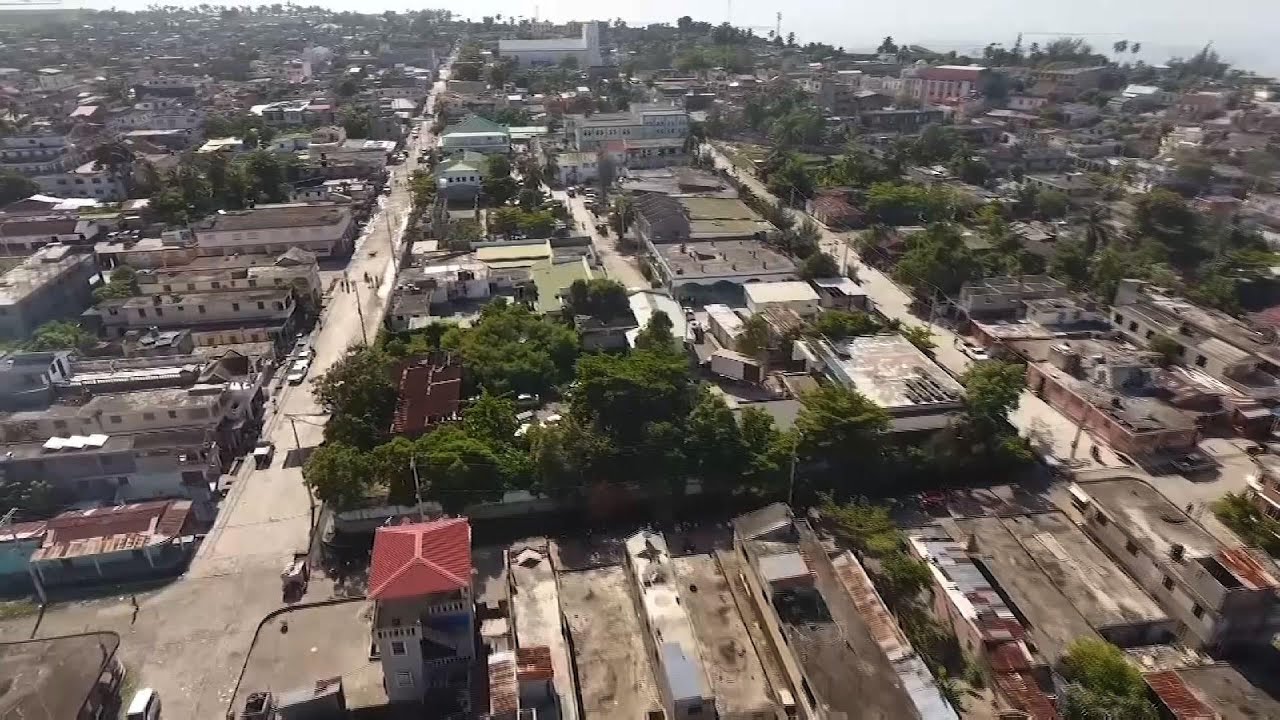 “The mother and father are in the hospital, but all three kids died,” he said. The bodies of the other two siblings were found earlier.

Illustrating the lack of government presence, volunteer firefighters from the nearby city of Cap-Hatien had left the body out in the rain because police have to be present before it could be taken away.

Another neighbor, James Luxama, 24, repeated a popular rumor at many disaster scenes, saying that someone was sending text messages for help from inside the rubble. But Luxama had not personally seen or received such a message.

A throng of angry, shouting men gathered in front of the collapsed building, a sign that patience was running out for people who have waited days for help from the government.

“The photographers come through, the press, but we have no tarps for our roofs,” said one man, who refused to give his name. The head of Haiti’s office of civil protection Jerry Chandler acknowledged the situation.

Earthquake assessments had to be paused because of the heavy rain, “and people are getting aggressive,” Chandler said Tuesday.

Some children orphaned when their parents died in the quake were starting to go hungry, said Carl-Henry Petit-Frère, a field manager for Save the Children, which said in a statement that it was distributing what it could to people living on the streets without protection from the wind and rain.

“I see children crying on the street, people asking us for food, but we are low on food ourselves as well,” Petit-Frère said, adding that children were warned not to go into houses because they could collapse. “The organizations that are here are doing what they can, but we need more supplies. Food, clean water and shelter are needed most, and we need them fast.”

About 20 soldiers finally showed up to help rescuers at the collapsed apartment building.

The lack of adequate aid was made more apparent by the fact that the only help that arrived was from poorly equipped volunteers.

“All we have are sledgehammers and hands. That’s the plan,” said Canadian volunteer Randy Lodder, director of the Adoration Christian School in Haiti.

Sarah Charles, assistant administrator for USAID’s Bureau of Humanitarian Affairs, said its disaster response teams were forced to suspend operations as the storm arrived Monday, but members were back Tuesday to assess its impact and continue helping.

“We do not anticipate that the death toll related to this earthquake will be anywhere near the 2010 earthquake, where more than 200,000 people were killed,” Charles told reporters.

The scale of the damage also was not as severe as that earthquake, she said, adding: “That’s not what we’re seeing on the ground right now.”

“The team reports that food, health care services, safe drinking water, hygiene and sanitation and shelter are all priority needs,” Morrison said. He also noted, “we have not yet found any signs of persons alive trapped in buildings.”

The rain and wind raised the threat of mudslides and flash flooding as Grace slowly passed over southwestern Haiti’s Tiburon Peninsula before heading toward Jamaica and southeastern Cuba. Forecasters said it could become a hurricane before hitting Mexico’s Yucatan Peninsula.

In Jeremie, Police Commissioner Paul Menard denied a social media report of looting after the quake.

“If it were going to happen, it would have been on the first or second night,” Menard said.

Structural engineers from Miyamoto International, a global earthquake and structural engineering firm, visited hard-hit areas Monday to help with damage assessment and search-and-rescue efforts. Chief among their duties was inspecting government water towers and the damaged offices of charities in the region, said Kit Miyamoto, the company’s CEO and president.

Miyamoto said he has seen places struck by earthquakes build back stronger. He said the destruction in Port-au-Prince from the devastating 2010 earthquake led masons and others to improve building practices. People there felt the Saturday morning quake, centered about 75 miles (121 kilometers) to the west, and rushed into the streets, but there were no reports of damage in the capital.

“Port-au-Prince building is much better than it was in 2010 — I know that,” Miyamoto said. “It’s a huge difference, but that knowledge is not widespread. The focus is definitely on Port-au-Prince.”

But Etzer Emile, a Haitian economist and professor at Quisqueya University, a private institution in Port-au-Prince, said the earthquake’s impact will almost certainly result in more long-term poverty for Haiti’s struggling southwestern region.

Political instability and gang criminality along the southern roads into the region have particularly hobbled economic activity in recent years.

“The earthquake has just given a fatal blow to a regional economy already on its knees for about 2 1/2 years” Emile said.