I rise to give a personal explanation concerning the events of last Friday. Firstly, I take this opportunity to unreservedly apologize for any disregard which I showed towards your authority as Speaker.

With your permission, I would like to explain why I made the points I made, and to correct some erroneous statements that went unchallenged as a result of my absence. Any suggestion that I somehow orchestrated my removal from the House is ridiculous. I intend to confront the allegations made against me head-on.

You and I have served honourably in the House together for the last 25 years. I will not stand idly by while my integrity, and indeed the integrity of the whole House, is undermined.

I left the House immediately when asked to do so. It was insinuated that I and others at my direction destroyed documents relating to the Lahey lawsuit.

Let me categorically state that this is false. No documents of any value were shredded during my time as Attorney General, by me or at my direction. I have no idea why anyone would allege that I was shredding documents in a case which I was supporting.

Relevant files were forwarded to Cooley LLP for storage on behalf of the Government of Bermuda, much of it in electronic format. As members will appreciate, we are living in an electronic age where documents are routinely stored and accessed electronically.

My own concerns for the safe custody of sensitive material led me to the decision to entrust these files to Cooley. I acted in a way that I felt would maintain the integrity of these investigations and to protect the underlying evidence that supported them.

Last year, there was a leak from Chambers of highly sensitive correspondence. It is alleged that I breached the Mutual Legal Assistance Treaty between Bermuda and the USA. This is false; there never was any breach of the treaty.

“I am in receipt of the Attorney General’s letter Please thank the Attorney General for his prompt response. Because of the letter, I don’t think we need to have a telephone conference call. I have forwarded the letter to the AUSA [“Assistant US Attorney”] in Boston and my supervisors here. I think this letter addresses the concerns raised by the AUSA and our office.”

You had sight of the full chain of correspondence, Mr Speaker. I am sure you agree that the Treaty concerns were immediately dealt with. I do not know what the final costs will be as I’ve been out of office since July last year. However, before the 2017 general election, Cabinet had authorized up to $2 million for payment to Cooley in support of a comprehensive programme of civil litigation and recovery of the proceeds of crime.

This programme involved 12 separate cases. The entire programme was paid out of the Confiscated Assets Fund. This fund was set up as part of Bermuda’s efforts to deprive criminals of their ill-gotten gains. Moneys from the Fund can be used for law enforcement purposes but cannot be used for general governmental expenditure.

Some have alleged that the Lahey case was never very strong. Let me just reiterate what I said last week. As Attorney General, I made the decision to issue proceedings, with the previous Cabinet’s blessing, following an exhaustive investigation. Throughout the entire process, I acted on the basis of legal advice and in the best interest of the community.

This is a fundamental point. So long as there is a politically appointed Attorney General, criminal prosecutions in Bermuda are the responsibility of the Director of Public Prosecutions. However, it is the job of the Attorney General to protect the legal interests of the Government.

Let me be as emphatic as I can about a specific point before it is even raised: At no point was I ever involved in any operational or investigative decision by the Bermuda Police Service or in any charging decision by the DPP. In addition, the allegation that I have a former member’s bank accounts or personal files is absurd and untrue.

I thank you for this opportunity to set the record straight. 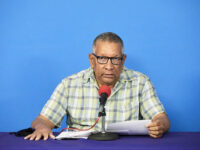 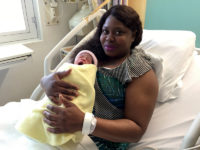