Minister of Transport and Regulatory Affairs, Walter Roban told MPs on Friday, that Monday, June 4 was an historic day for Bermuda, in that it marked the signing of agreements for Bermuda’s first utility scale solar PV installation, at the peninsula adjacent to the LF Wade International Airport known as ‘The Finger’.
“It is important at this time to give a bit more detail about the history of the project, the process we’ve taken and its benefits to Bermuda,” said Mr Roban. 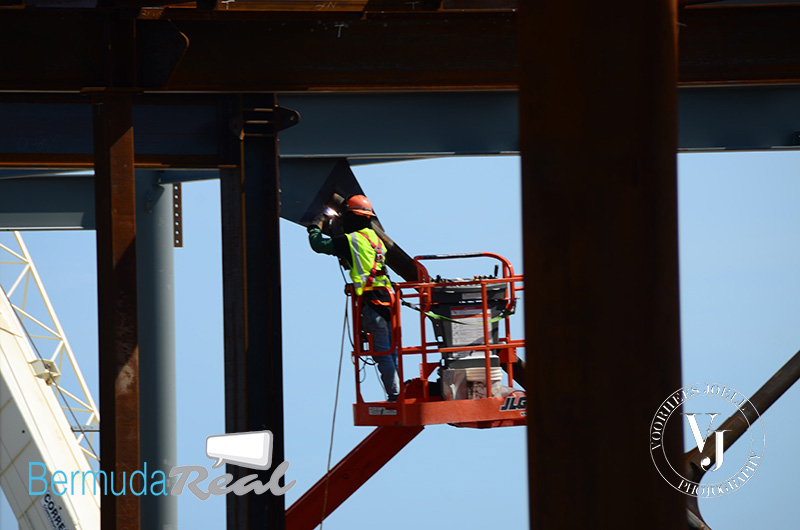 The project, first introduced in 2010, by the previous PLP Administration, when the land was separated from the airport lands to ensure that it would remain in the portfolio of government lands, and used as a resource for the benefit of all of Bermuda.
“It is important to this Government, and this Ministry, that we make every effort to be transparent, particularly with any project of this nature,” said the Minister.
“As such, we wanted to be clear on the process taken to get us to this point.  First and foremost, this project is wholly independent from the airport redevelopment. It will not supply the airport with electricity, but rather the rate payers of Bermuda.”
The “isn’t being ‘signed over’ or ‘given away’,” he added. And the process used to identify the successful developer, he said, was “long and rigorous”.
Advice was sought from an independent consultant, Castalia Advisors, because this was the first project of its kind in Bermuda, and it simply had to be procured smoothly, transparently, and inclusively.  All parts of the project were examined, from connection point to the grid, to commercial structure, to environmental concerns, ” Mr Roban said.
Since the project’s inception, he said “a steering committee, which included the Permanent Secretaries of 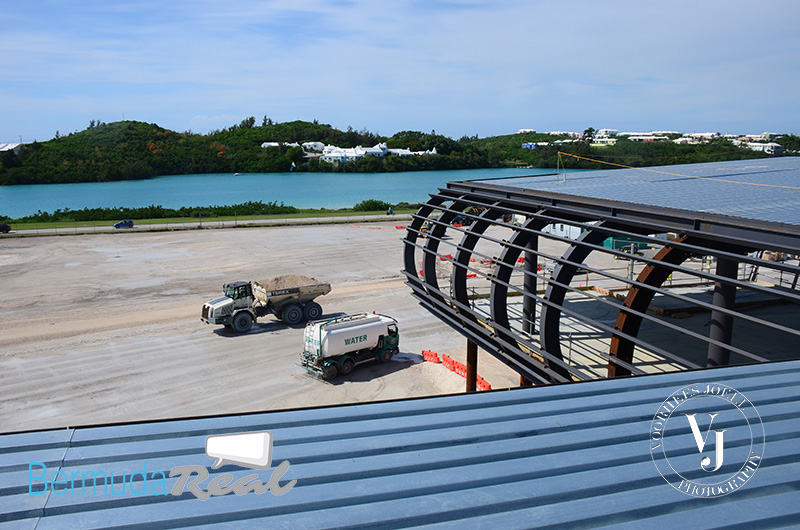 Public Works, Economic Development and Tourism and Transport, as well as the Financial Secretary, have overseen the procurement process underscoring our objective of transparency”.
He also noted that it was “decided early on, that this project would be a ‘Build, Own, Operate’ model, where an independent developer would build the solar farm, own the asset, and be responsible for operating it throughout the life of the contract”.
“The developer is effectively a tenant on the land, and will be paying rent, which has been determined to be $5,000 per acre per annum.  This amount will be enough, over the lifespan of the development, to offset the cost of clearing the development area and trimming back vegetation for the developers to begin work. The lifespan of this development is just shy of twenty years.”
Moving forward, he said two-step procurement process has “attracted positive international attention”.
“The first stage was the Request for Qualifications, or RFQ.  This stage set the bar for developers, and required a healthy balance sheet with experience with projects of this size in the past, and a successful track record of operating them,” said Mr Roban. 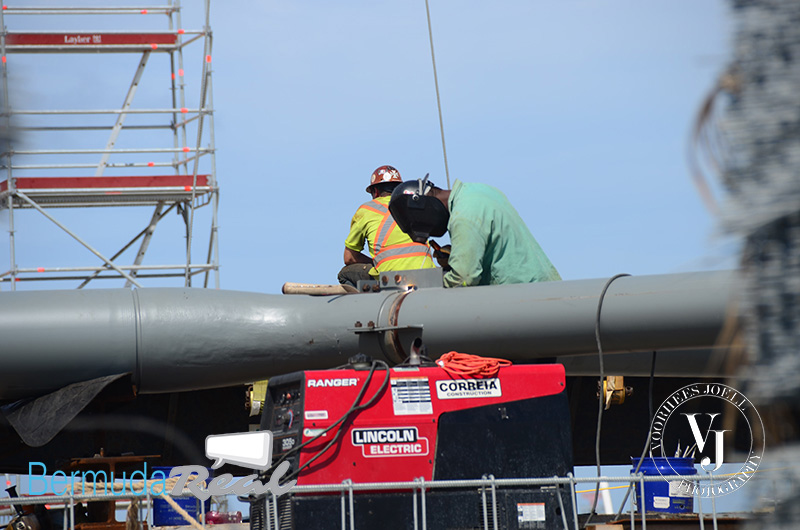 “Bermudians who wished to participate were encouraged do so in the form of a consortium with larger overseas firms who had the requisite level of financial capacity and experience.
“There were 28 responses to the RFQ, and 18 were eligible to move on to the next stage of the process.  Of those 18, a third were consortia with Bermudian entities.  The RFQ criteria were all pass-fail, there was no creativity requested or required, meaning that the final selection in the next stage would be selecting the best of the best,” he said.
The next stage was the Request for Proposals, for which “there were nine bids received, seven of those were fully compliant, and six were from Bermudian consortia”.
“Rather than have a number of bid factors that can conflict with one another, the deciding elements were kept quite narrow.  For instance, the local labour content was set at 40 percent, and the specifications for design were carefully prescribed, from the installed capacity (6 megawatts) to the wind loading.
“In the end, once the bids were determined to be compliant with those specifications, the only factor that mattered was price,” said the Minister. 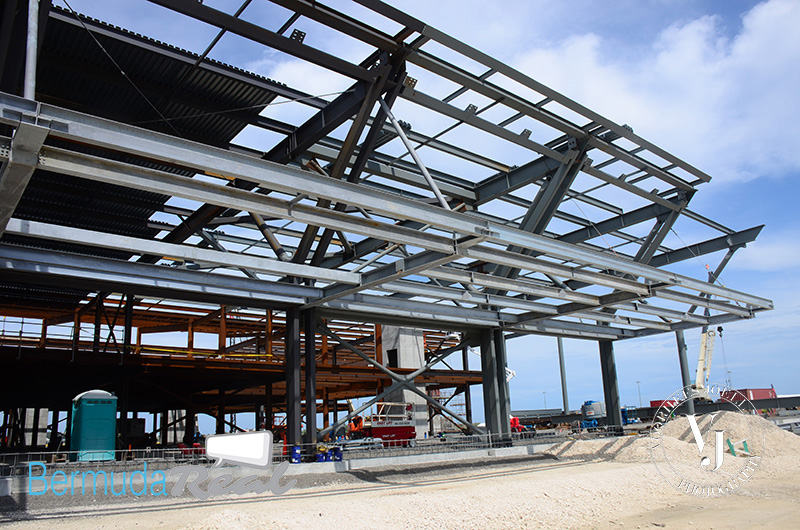 “We were pleased to announce on Monday that Saturn Solar Bermuda 1 was the lowest qualified bidder and confirmed as the developer, bringing in energy to the grid at a price of ten point three (10.3) cents per kilowatt hour,” he added.
“This solar project was specified without storage capacity, as it was not, at that point, economically efficient.  Without storage, solar energy only offsets fuel use, as BELCO still needs to maintain the ability to make up for intermittency caused by events like momentary cloud cover.
“Therefore, the price for solar had to be less than the avoided fuel cost- and this price was.  In fact, Mr. Speaker, the solar farm will generate clean energy at a savings, and thus it will be proven that renewable energy makes good economic sense for Bermuda.  Because of this project, a small part of every rate payers’ bill will be stable for the next twenty years, and not subject to the volatility that plagues fossil fuels.  Some of our energy will be clean and sustainable.”
Construction is due to start “in the late summer or early fall, and it should be operational in the first quarter of 2019”. It will also “provide employment for local contractors, continued employment for the staff required to operate and maintain the plant, a stable pricing for part of our electricity, and the ‘proof of concept’ for renewable energy in Bermuda”. 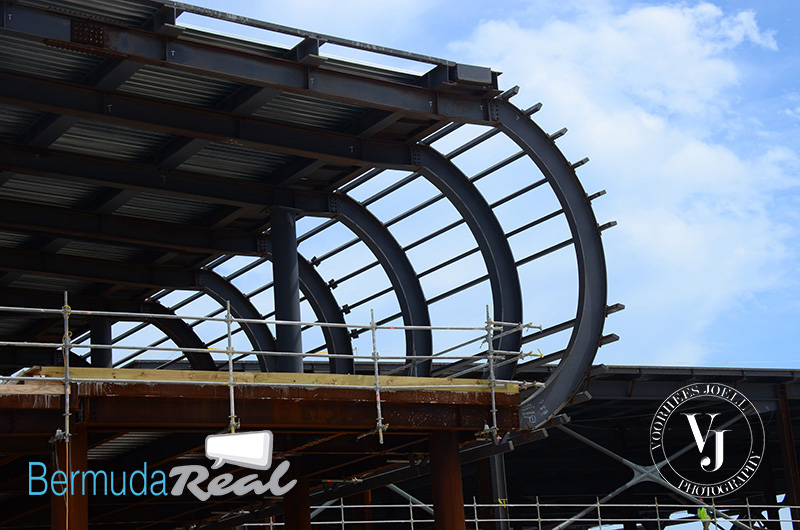 “This solar farm will bring about twenty million dollars of inward investment to Bermuda in the actual asset itself” Mr Roban said.
“It will also mean that upwards of twenty million dollars will be retained within the Bermudian economy over the lifetime of this project, which is money that would have been sent off island to purchase foreign oil.”
He also stated that the Government “considers it important that Bermudians should be able to invest in renewable energy projects such as this”.
“Accordingly, I can confirm the principals of Saturn Solar Bermuda 1 have met with the Ministry of Finance and are currently pursuing options to find ways in which Bermudians can invest in this development.
“We are confident, Mr. Speaker, that this will not be the last project of its kind in Bermuda.  The Department of Energy has already begun to identify other potential development areas on Government lands and buildings for more opportunities like this one to be open to Bermudian developers.”
In closing, the Minister said he was “pleased with the fulfillment of a sustainable agenda with this project- it fulfills all the goals of a sustainable project in providing social, economic, and environmental benefit”.
Said Mr Roban: “We are pleased to be working with Saturn Solar Bermuda 1, and we look forward to more clean, renewable energy for the benefit of all of Bermuda.” 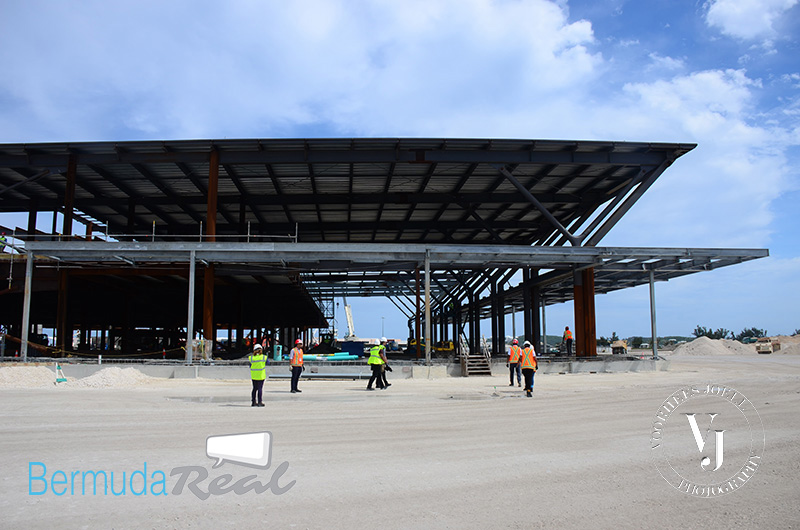 Bermuda Sandcastle Competition Is Back In Effect On Sept 5