Transport Minister Zane DeSilva today expressed sincere condolences to the family and friends of the young man, who tragically lost his life in an early morning accident that marked the fifth road traffic fatality on Bermuda’s roads in 2019.

In a statement released this afternoon, Minister DeSilva said: “Today we mourn the passing of a young man; yet another tragic death on our roads. I extend my deepest and most sincere condolences to the family and friends during this difficult time.

“The Ministry of Tourism and Transport remains committed to road safety and urges all motorist to take care and caution when operating their motor vehicles and be considerate of other road users,” he added.

A police spokesman said the 19-year-old motorcyclist was travelling west when the fatal crash occurred.

“He was found seriously injured, in an unresponsive state and was rushed from the scene via ambulance,” he said.

“Traffic diversions were in place for approximately three hours while the scene was processed.”

Meanwhile, a full investigation is underway. Any witnesses are urged to contact police on 295-0011 as soon as possible.

No further information on the victim’s identity will be released until his next of kin are officially notified. 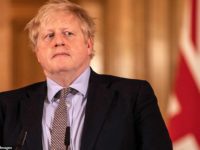