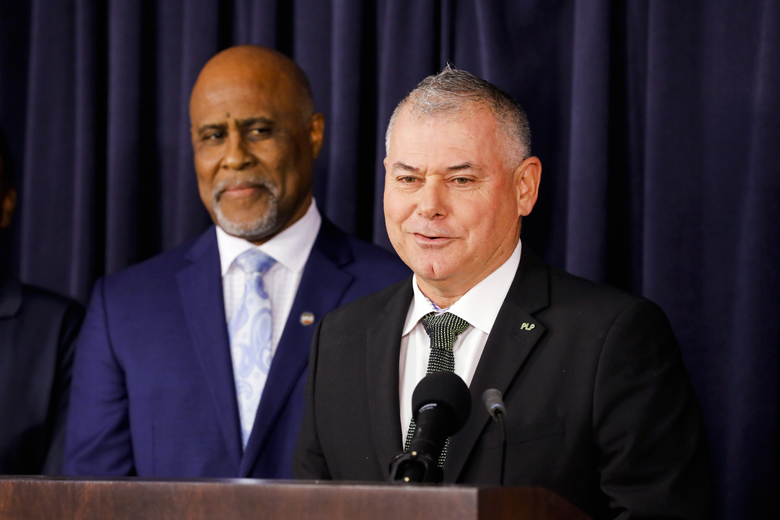 Responding to questions fielded by Bermuda Real today, Minister of Tourism and Transport Zane DeSilva confirmed that a Canadian consultant has been paid $1.7 million to produce rosters for Bermuda’s public buses and to date, we still don’t have approved rosters.

Speaking at a news conference this morning to announce the new 2018 Winter Schedule, Mr DeSilva conceded that local taxpayers have forked out more than a million dollars to a Canadian, who has yet to produce fine tuned rosters based on a Bermuda landscape and NOT CANADA!

What he couldn’t say is whether or not local taxpayers are still paying this man not to produce what he was hired for.

When asked if this Canadian consultant was still being paid, the Minister said he would have to check and get back to the media on that.

In any case, he announced a new Winter Schedule for buses while recognizing the efforts of his colleague and predecessor – the former Minister of Transport, Walter Roban.

“His efforts were instrumental in bringing this new schedule to fruition, and I am very thankful for his contribution,” said Mr DeSilva.

That was another Bermuda Real exclusive that remains up in the air – the last comment – it is now the subject of a court case in Belgium – translation – THAT MONEY IS GONE! And local taxpayers are still paying for what exactly – a bus roster that’s not worked out yet.

And what do they have to say about the next cruise ship season that will see countless west end residents left stranded watching buses they pay for all year round drive past them!

Here’s where this journalist is going to leave this – go check your mainstream media for the full run down on Bermuda’s new 2018 Winter Bus Schedule. Then talk to me about next season when more than likely the same madness will be repeated again!

Will the #7 buses still leave the first stop in Dockyard heading east to Horseshoe Bay still leave full and drive past senior citizens trying to get to the hospital for blood work like my 88-year-old mother.

Will you in fact be able to provide full public transportation to the west end seniors who have already paid their dues WHILE YOU PAY THIS CANADIAN MONEY FOR NOT DOING WHAT HE WAS HIRED TO DO?

Let the record show this is not a political question – it is a question that’s based on COUNTRY OVER PARTY POLITICS – and it was the PLP government 17 years ago that brought this Canadian in to produce rosters, who has yet to do so. And now what?

Tell you what – with a multi-billion dollar deficit and no clear plan, no immediate supply of new buses – no REAL ANSWERS on why this FOREIGNER got paid $1.7 million NOT to do what he was hired to do – miss me on ALL THE RHETORIC!

He was brought in by the former Progressive Labour Party government, KEPT on the payroll by the one-term One Bermuda Alliance Government and now what – still TALKING while paying out on a roster that’s still not sorted out!

Sounds like political footballs are still in effect – bottom line – Tell us whether or not WE are still paying this consultant off of our dime while being played with rosters driven with NOT ENOUGH BUSES!

ARE WE STILL PAYING THIS CANADIAN? And if so, WHY? And if NOT – TELL HIM WE WANT OUR MONEY BACK AND Bermudians DOING ROSTERS BASED on a BERMUDA LANDSCAPE NOT CANADA!