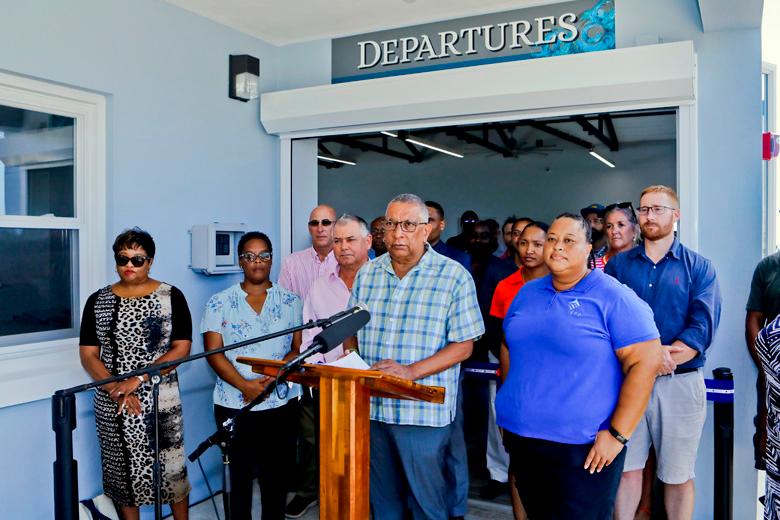 Minister of Tourism and Transport, Zane DeSilva performed the ribbon cutting honours at the official opening of the new cruise ship terminal building at Kings Wharf in Dockyard on Monday.
Joined by the Minister of Public Works, Lieutenant Colonel David Burch, Wedco and project team members, Mr DeSilva commended the “incredible joint effort by majority Bermudian craftsmen and women who have delivered this project – on time and on budget”.
Minister Burch recalled how “this journey began some five years ago in 2014 – when problems were identified with King’s Wharf”.
Following a comprehensive inspection report, he said: “It was estimated that the deck and terminal building could be replaced at a cost of $20m”.
After “considerable research” on how to demolish the original building and the dock within a five-month period, he said: “It was decided to try something that had never been done in Bermuda before – use a method of precast concrete slabs and beams.
“Using this method would also increase the lifespan of the dock to 75 years through the use of various modern techniques to strengthen the concrete and minimise corrosion of the reinforcing steel,” said Colonel Burch.
“The slabs were built in New Jersey, shipped to Bermuda and installed. This process allowed for the dock construction to begin before the demolition and various other concurrent activities to occur so that the tight timeline could be met.
“We always knew the replacement terminal would not be completed by the start of the 2019 cruise ship season – as a contingency to accommodate this eventuality a temporary structure was used for the last 5 months while this terminal building was constructed.
“The original budget for these works as I stated earlier, was $20 million but by reusing the piles and using of Precast slabs, the cost is in the region of $15 million including contingencies for both the pier and building,” he added. 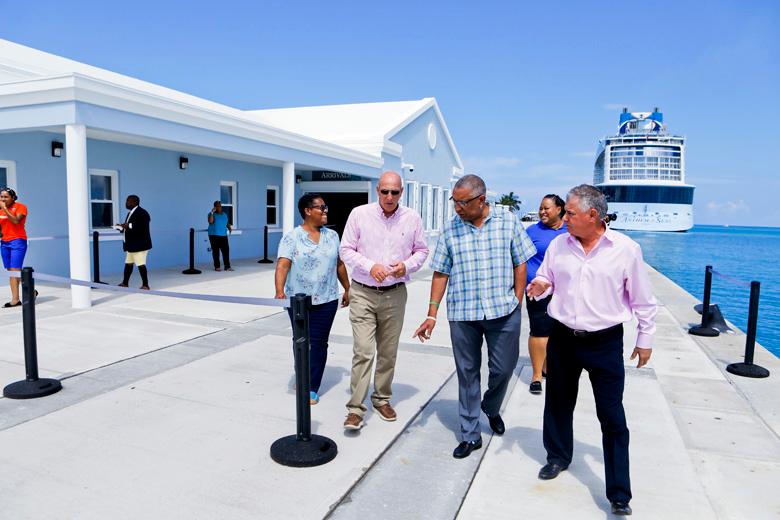 “Minister Burch also stated that “this project really is the story of the two Carmen T’s – Carmen Trott & Carmen Tucker”.

“Bermudian Civil Engineer Carmen Trott led the team to rebuild the dock and Port Facilities Manager Carmen Tucker led the team to construct the terminal building. Of course they were assisted by a team of men and women from both the Ministry of Public Works and Wedco – but it is important to highlight their outstanding leadership of this project,” he said.

The Minister also thanked the Bermudian companies and staff “who have contributed to this exercise”, including:

“On the pier side:

And on the terminal side:

The Minister also thanked “the operational staff who worked in and around the temporary structure since the dock was finished in April – the Seaport Security team, GET Security, HMS Customs, Department of Immigration, Wedco transport Coordinators and all the Tour operators, taxi and minibus operators”.

“This has been an incredible joint effort by majority Bermudian craftsmen and women who have delivered this project – on time and on budget,” he said.

“Thank you to them all.” 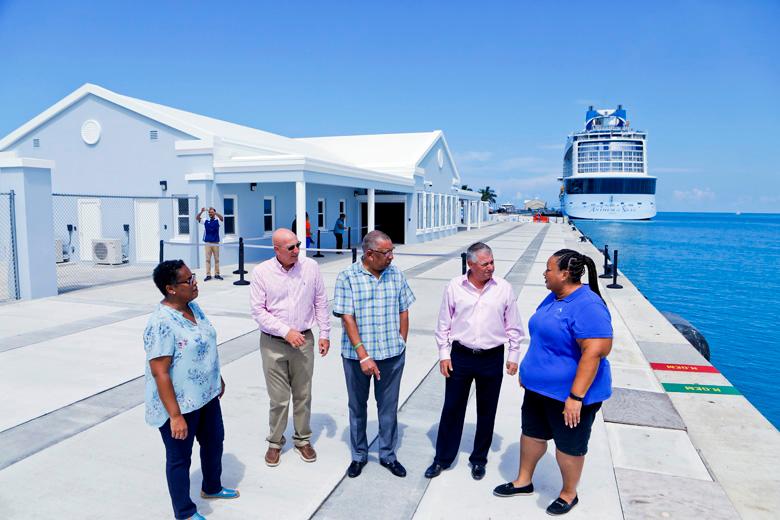 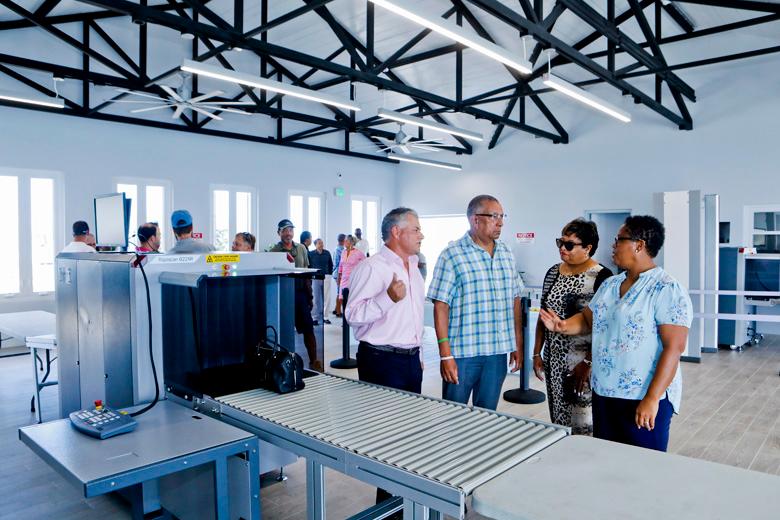 Independence Remains Off Of Voters’ Agenda!