The Officer in Charge of the Roads Policing Unit issued a solemn reminder this week that main contributing factors in road traffic fatalities and accidents on Bermuda’s roads, comes down to three things – speeding, alcohol and inattention. And more often than not, he said they are all avoidable.

Chief Inspector Robert Cardwell, was one of five representatives to speak on the ongoing carnage on Bermuda’s roads this past week. This after a weekend that saw 21 accidents reported, in a year that has claimed 14 lives through road traffic fatalities in 2017. And there’s still a few weeks to go before the year ends.

“One day you have a fatality, the next day you know who it is and the next day it’s old news,” he added. From the day to day perspective, he said that’s just the way it is.

And there’s a major push to change that. But in the interim he said it’s the behaviour, and the choices motorists make when they put that key in the ignition.

But on the flip side, when they end up in involved in a road traffic accident that either takes their life or results in serious injuries, he said speeding, alcohol and inattention is always the common denominator.

“It’s one of those factors in every single collision, or individually that we do and they are all avoidable. We have people who are seriously injured on our roads – paralysed, who you never know who they are and you never know that’s what their injuries were.

“We’re trying to change that and letting people know that this is happening every day,” he said.

“Certainly in the CCTV thaat we’re releasing that’s one of the messages. Look at how fact this accident happened and look at how avoidable it was.”

In follow up to a question fielded by Bermuda Real to the Minister, on what it will take to change the “Bermudians love to drink and drive” mentality, Mr Cardwell said: “We can’t ticket our way out of this problem. That doesn’t fix the problem.

“We issue thousands of tickets a year and it doesn’t put a dent on the number of road collisions. You’re not going to be able to legislate your way out of the problem either.

“What we have is a cultural issue, we have a bad driving culture and we have a bad attitude to driving. That’s set in and it’s engrained in our community. 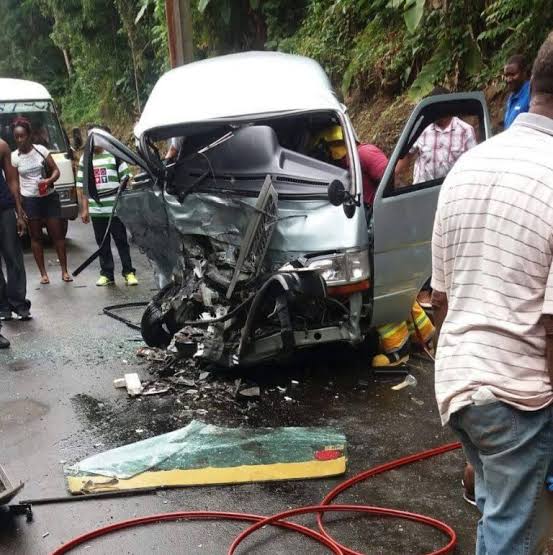 “Changing a culture takes a very, very long time… We have to be relentless in what does work and that is raising awareness to keep it on everybody’s mind that what you’re about to do is very dangerous not only to yourself, but you could kill someone else.

Meanwhile, the Bermuda Hospitals Board (BHB) has just completed figures for the month of November.