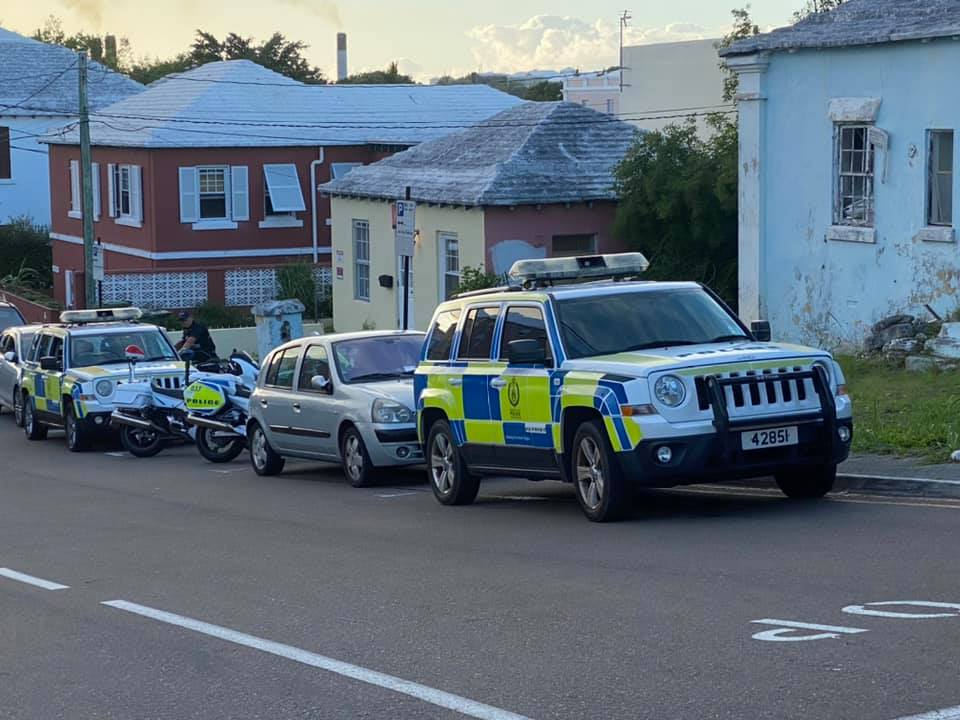 TNN reports this morning that the Bermuda Police Service (BPS) armed response officers raided an abandoned house on Elliot Street east in Pembroke on Friday, reportedly after they were tipped off that illegal weapons, believed to be a gun and ammunition were stashed in the building by gang members.

According to the report, a reliable source told TNN: “This location in the heart of the ghetto is a perfect spot to lay a tool down, as it’s understood a heated feud between area gangs members continue.”

Whether or not any weapons or ammunition was actually seized remains unknown.

A police spokesman confirmed that the BPS “conducted an exercise in the Elliot Street area of Pembroke on Friday afternoon.

“This exercise was part of an ongoing investigation,” he added, while noting that no further information will be provided at this time.