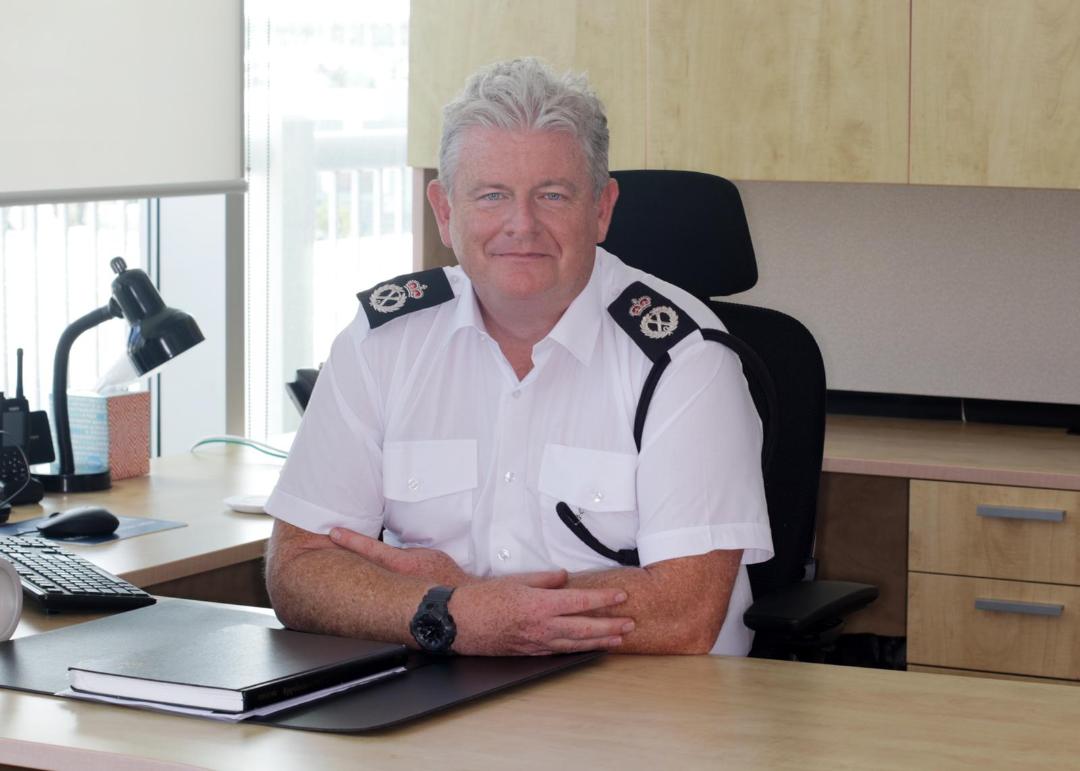 Police are aware of a recent flood of party drug MDMA – also known as MOLLY, washing the Island and attracting interest and having its use promoted by dealers among many of Bermuda’s youth.

Commissioner Stephen Corbishley spoke to TNN about the current situation of increased availability, sale and use of the drug more commonly referred to as Molly or Ecstasy, but who’s scientific name is methylenedioxymethamphetamine.

The chief policeman was reluctant to venture into specific details of police enforcement efforts so as to not enlighten the purveyors of the illicit trade toward strategies and tactics being effected by his team. He though last noted MDMA as an increasing matter for concern, especially with there being potential for the creation of health problems among users and consequent strain being placed on Government health and welfare agencies.

On the frontline of the battle against the MDMA scourge is a trained narcotics division along with intelligence agents whose prime targets are the criminal gangs and other major players and sects involved in the illegal trade of controlled substances.

“We have a dedicated narcotics team,” began the Commissioner. ” Also our intelligence unit all monitor activity on the street, so drug prices and the type of drugs that are on the Island and we also recognize that during the period of Covid there has been a reduction in the availability of drugs because the normal routes that people would bring drugs into the Island were diminished even though we did make drug seizures drugs do come in so that increases the price. 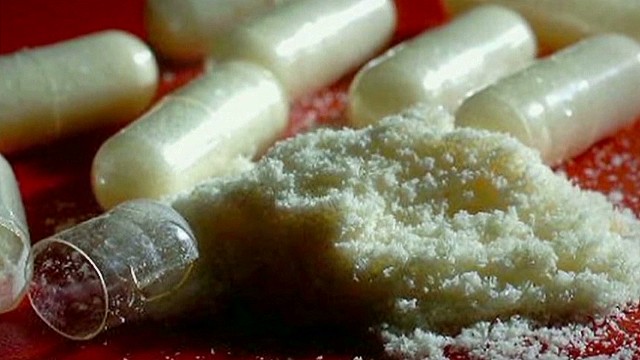 “The drugs you refer to, which we are aware of, indicates the way in which drug users and street dealers will look at alternatives.”
The potential health issues that can come as a result of the uncontrolled use and abuse of MDMA, a synthetic, psychoactive drug with a chemical structure similar to the stimulant methamphetamine and the hallucinogen mescaline, are vast, scarily debilitating and potentially deadly.

Making the drug attractive at least initially is that it can produce stimulant effects such as an enhanced sense of pleasure and self-confidence and increased energy, while it psychedelic effects include feelings of peacefulness, acceptance, and empathy, a utopia often sought by humans in general.

But the adventure comes with cost as the downside ‘crash’ or withdrawal from stopping use of MDMA may include: irritability, depression, aggression and impulsiveness, muscle tension, problems with sleep, anxiety, memory deficits, loss of attention, nausea and decreased appetite and even loss of interest in sex.

“The actual issue around MDMA, Molly and so on … the kind of health issues are very much that they highly intoxicate, but noted and potentially knock you for six.,” said the Commissioner, who intimated how part of the investigation into a recent stabbing has been to examine whether MDMA may have played an incendiary role in escalating a believed domestic dispute into a tragic killing.

“You mentioned before the incident on Tuesday, quite clearly and apart from it being a tragic incident, our inquiries, particularly for the person we have in custody, will be to look at use of any drink, alcohol or drugs and thing related to toxicology. So if there was something influencing his behavior it will be discovered.

“Obviously we can’t alter the investigation but I think the indications on the streets are, and we know from the gang problems there’s a direct link to the supply of drugs.” 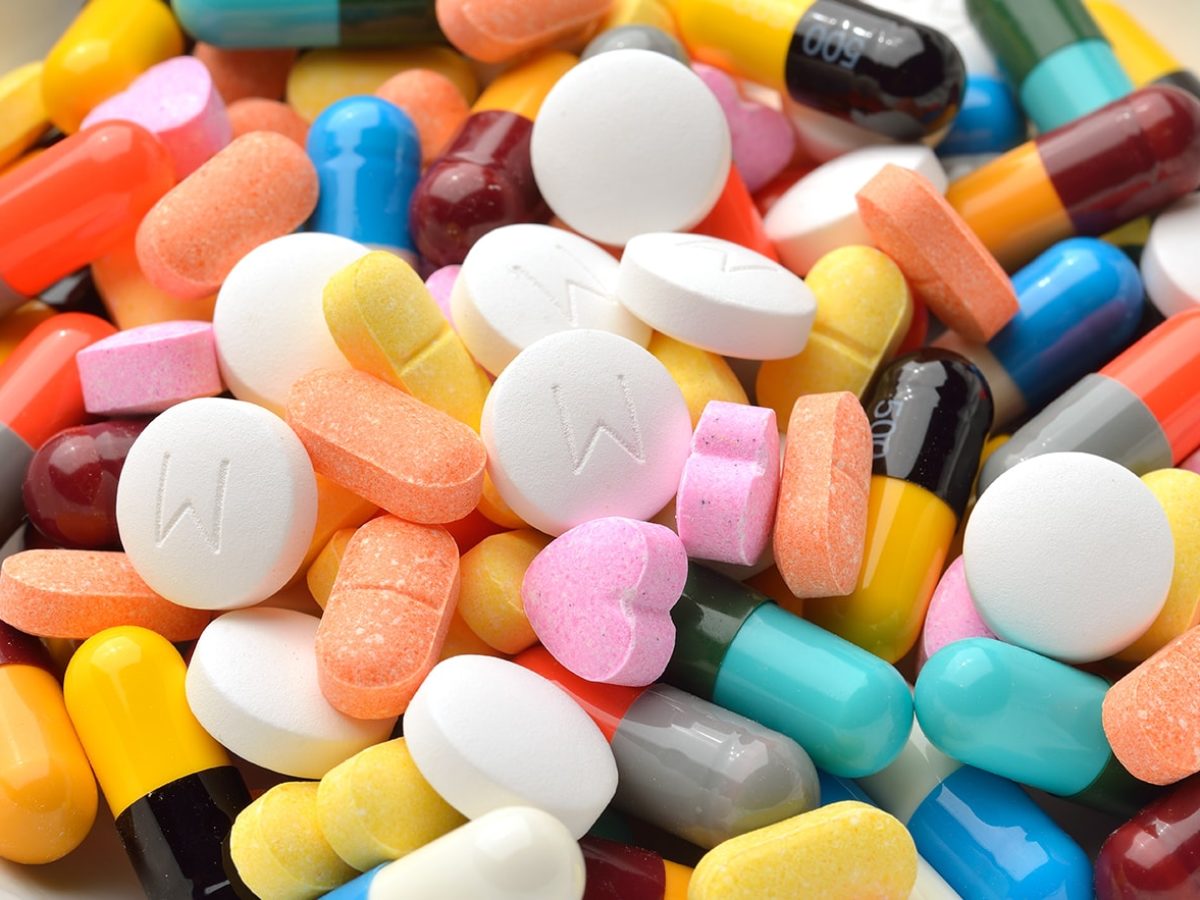 With certain drugs being in short supply Mr. Corbishley said that economics dictate price rises and increased desire to attain drugs from rivals by whatever means necessary to effect procurement and it stood among the roles of police to prevent both from occurring.
“When drugs become more difficult to source not just does the price go up, you also get the risk of gang violence, wandering around trying to steal other people’s drugs and so on and we’re very alive to that,” he said. “It’s an area of focus that we do. What we try to do is diversion and obviously be aware of what’s taking place.”

“It’s really important in my position that I recognize that we have got users and whether it be around, cocaine, heroin or even weed and obviously it’s a health issue. The BPS is focused around the organised criminality that brings large amounts of drugs onto the Island for significant profit, and obviously brings significant risk to the health of our community.”

For police it is not merely a singular or local battle to confiscate, arrest and dismantle criminal organisations but one which is operated in partnership with international law enforcement partners.

Said Mr. Corbishley: “We consist that we focus on that and we work internationally with other law enforcement agencies because it’s right to protect Bermuda from this type of criminality.

“But we are fully aware of it. Obviously there are inquiries going on at the moment.”
Asked point blankly whether MDMA and the nature of its mind altering and hallucinogenic effects could be directly fueling the recent spate of violent crime the Commissioner neither confirmed or denied this to be the case as there was not yet enough viable case or scientifically established evidence to say so.

However, the conspiring flood of MDMA and rise of violence give indication that there could well be a deviously intimate relationship between the two.

“I think that you make a good point Trevor, but I think that to confirm or deny is a really difficult issue,” said the Commissioner. “You have far greater history on Bermuda than I and the period of gang violence, particular from the period of 2009 and after that there are many different aspects to why gang violence takes place.

“We’ve said already that drugs and narcotics are closely related to the subject and we have had incidents and there’s nothing that is indicating strongly that a new drug is directly changing the behavior.”

He added that police are a lot more effective than people think and that much work is done in covert fashion with details concealed as not to inform targets and perpetrators of criminal activities.

“We do have individuals within gangs that continue to indicate to us and we welcome things like your research which I think informs us as to the health  and what we need to be aware of,” he said. “But, equally, the work that we do, both with the BPS and the Government, is very much around the prevention of violence and whilst regrettable that incidents do take place the public don’t realise and it’s a term I’ve used often is that policing is an iceberg and the public don’t realise what we do underneath and the numerous incidents that we do prevent.

“We prevent them through diversion. We prevent them through arrests. And we prevent them through the seizure of drugs and that will continue.”
He told of there having been regular seizures of MDMA just as there continued to be of other illicit substances such as cocaine, heroin and also large amounts of marijuana.
“I think the point that you raise is that the drug business is like other businesses, these businesses adapt and particularly when a product is not available alternatives will be looked at,” he said. “If you look internationally at the growth of synthetic drugs, we’ve seen fentanyl on the Island a highly dangerous derivative and we have to be alive to that fact because people’s need for drugs, particularly when they have high addictions, don’t change and suppliers need to find alternatives if a product is not available or not in stock.”

MDMA is most often available in tablet or capsule form and is usually ingested orally, but it is also made available as a powder and is sometimes snorted, taken as a liquid, and it is occasionally smoked but rarely injected.