The announcement was made a short while ago during the historic virtual staging of the festival.

In an interview with The Gleaner, Coore said the award was unexpected but greatly appreciated.

“This is not exactly the time one is thinking about awards but that’s what makes this so special,” he said.

He also said hard work has paid off for the group, which has been in the band business for the past 46 years.

“We’ve done a lot of hard work throughout the years. We’ve taken a lot of hits and we’ve had lots of highs and lows. This is a definite high and an unexpected one at that,” he said.

Third World is one of the oldest Reggae bands of all time, and one of Jamaica’s most consistently popular crossover acts among international audiences.

Mixing in elements of R&B, funk, pop, rock and, later on, dancehall and rap, Third World’s style has been described as ‘reggae-fusion’.

Its catalogue of charted smash hits include Now That We Found Love, 96 Degrees in the Shade and Try Jah Love.

Reggae Sumfest, which is being streamed live on all social media platforms and YouTube, has seen performances from some of the island’s most talented entertainers.

The two-part virtual concert featured acts such as Gyptian, Tarrus Riley, Freddie McGregor, Sizzla and the Grammy kid Koffee are all on the lineup. 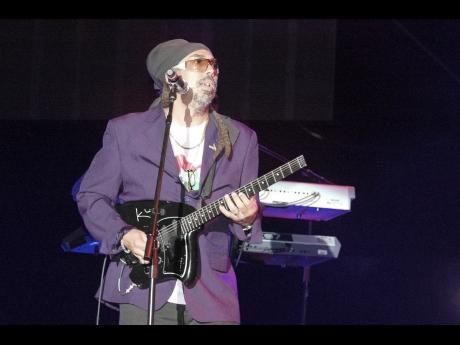 The Sunday Gleaner reports when Stephen ‘Cat’ Coore walked across the stage on Festival Night Two of Reggae Sumfest last night to collect this year’s Lifetime Achievement Award, satisfaction was written all over his face.

A big smile plastered over his face, he beamed with pride as he was handed the plaque by Downsound Entertainment’s CEO Joe Bogdanovich. When asked by host Miss Kitty to say a few words, many may have expected Coore to revel in the long list of accomplishments that led to the band being selected as this year’s recipients of the prestigious award. Instead, humbled by the honour he said he never expected, Coore dedicated the award to his fellow musicians who, because of COVID-19, have been unable to effectively practise their craft.

In an interview with The Sunday Gleaner after exiting the stage, Coore said that in the band’s 46-year history, they had never witnessed anything quite like the COVID-19 pandemic. He said that having seen how the virus has affected the music industry, he felt it was fitting that he dedicates the award to his colleagues as a means of encouraging them to stay the course in spite of everything that has happened. “This was going to be a great year for us all when everything kinda just came to a standstill. This thing (Coronavirus) has really devastated the entertainment industry. But it was just remarkable when I came here tonight and saw everyone looking so upbeat. The comradery among the musicians, the artistes, the production crew was just really special to witness, and it should be even more that this honour, although it is a lifetime achievement award for Third World, is really for the industry. As a band, we couldn’t have done this alone, and so as we all try to rise out of this pandemic, I want this award to be a testimony that together, we can achieve anything,” he said. 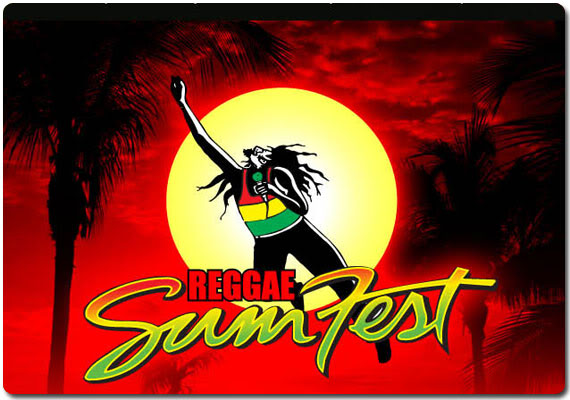 Lauding the Reggae Sumfest crew for highlighting the band’s musical accomplishments, Coore said he was a bit surprised when he got the call as he never expected to be recognised, especially not with the current climate in music. “This is not exactly the time one is thinking about awards, but that’s what makes this so special. When hard work gets ready to pay off, it doesn’t have a timeline. We’ve done a lot of hard work throughout the years, we’ve taken a lot of hits, and we’ve had lots of highs and lows.

This is a definite high and an unexpected one at that,” he said. “I give thanks for the 46 years we’ve had as a band in this business, and I feel blessed to be recognised for all those years we’ve dedicated.”

Over the years, Third World has been awarded a number of accolades for their contribution to reggae music. They have been nominated for the Reggae Grammy award nine times, including the 2020 awards staged back in February. Coore says that although the band was looking forward to winning the award this time around for their More Work To Be Done album, the Sumfest Lifetime Achievement Award makes up for the golden gramophone in a number of ways. “Any award given by our people is extra special, so this means a lot. This makes up for the Grammy because it comes at an extraordinary time. As I said, with everything going on, the last thing we expected was to be getting an award, and so we give thanks for it.”

Third World is one of the longest-existing reggae bands of all time and one of Jamaica’s most consistently popular crossover acts among international audiences. Mixing in elements of R&B, funk, pop, rock and, later on, dancehall and rap, Third World’s style has been described as ‘reggae-fusion’. Their catalogue of charted smash hits includes