Caroline Power, who specialises in underwater photography, took a shocking photograph depicting a ‘sea of plastic and styrofoam’ taken near a small Caribbean island.

She told the Telegraph that “witnessing the plastic blanket of forks, bottles and rubbish between the islands Roatan and Cayos Cochinos, off the coast of Honduras, was devastating”.

“To see something that I care so deeply for being killed, slowly choked to death by human waste was devastating,” she said.

“Once the trash is in the ocean, it is incredibly difficult and costly to remove. The key is to stop the trash before it enters the ocean.

“In order for that to happen, we need to improve waste management, environmental education and recycling facilities on a global scale. This is a developed nation (first world) problem as well,” she added.

Ms Power added:”The worst of the rubbish the dive team found was about 15 miles off the coast of Roatan heading towards the Cayos Cochinos Marine Reserve

“We were on a dive trip to a set of islands that don’t quite break the ocean surface. They are one of the most pristine dive sites in this part of the Caribbean.

“To see an area that is supposed to be pristine covered in garbage and trash was disheartening.”

They passed through “floating garbage for nearly five miles”, the report said. 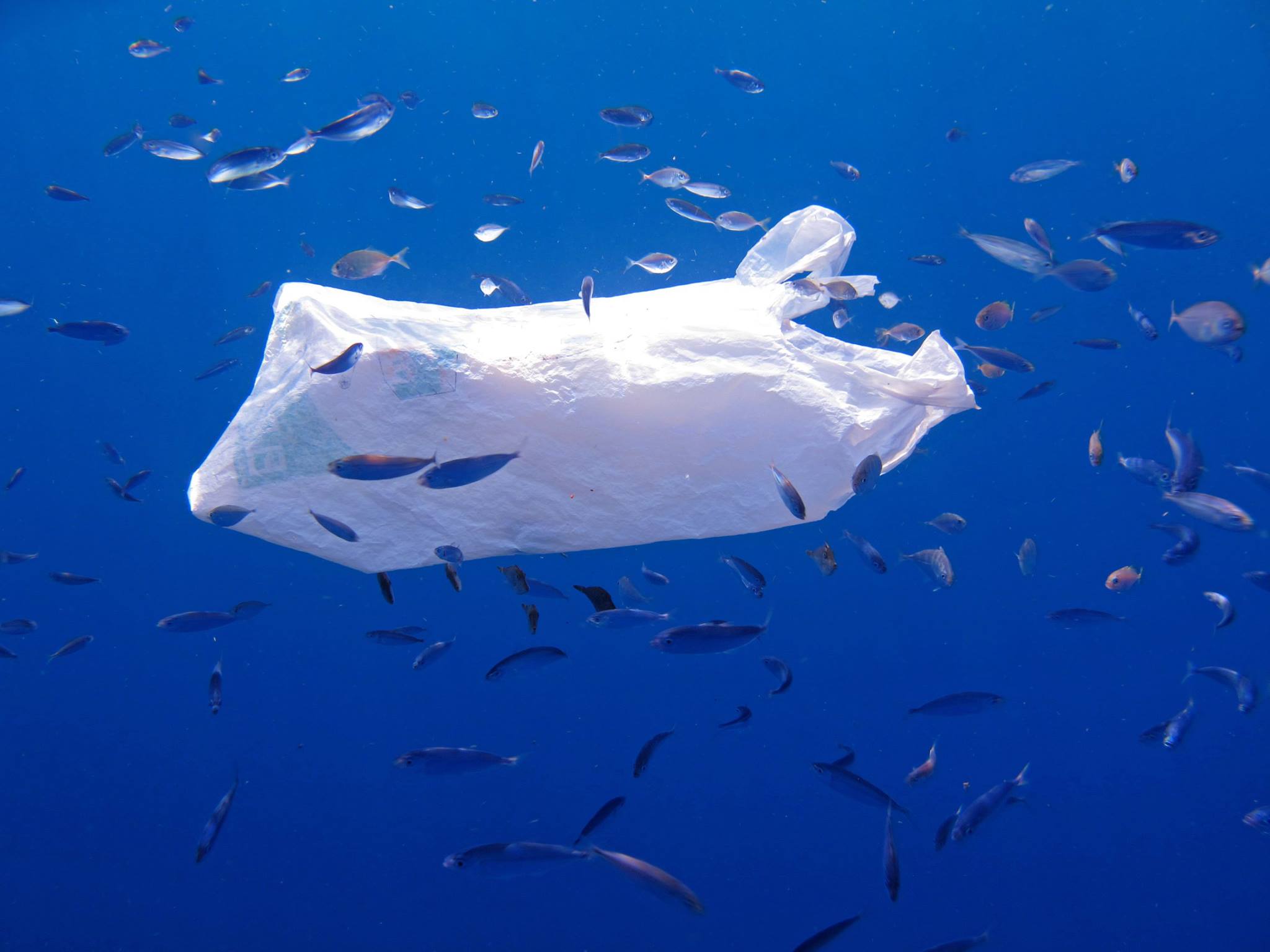 “Everywhere we looked, plastic bags of all shapes and sizes: chip bags, ziplocks, grocery, trash, snack bags, other packaging. Some were whole and the rest were just pieces. Sadly, many turtles, fish, whales, and seabirds will mistake those bits of plastic for food,” said Ms Power.

“There was also a seemingly infinite number of plastic forks, spoons, drink bottles, and plates. There were broken soccer balls, toothbrushes, a tv, and so many shoes and flip flops.”

Ms Power’s work is featured by the Blue Planet Society, an organisation “campaigning to end overfishing and the over-exploitation of the world’s ocean”.

The organisation “believes the rubbish originated from the Motagua River in Guatemala, washing into the sea during heavy rains”.

“We see a lot of shocking images of environmental destruction. This is right up there with the worst,” a spokesperson said.

“Trash from Motagua River in Guatemala polluting Honduras coast has been an issue in region for some time.”

Ms Power added: “There is a lack of infrastructure and education, so many people either burn trash or throw it into rivers.” 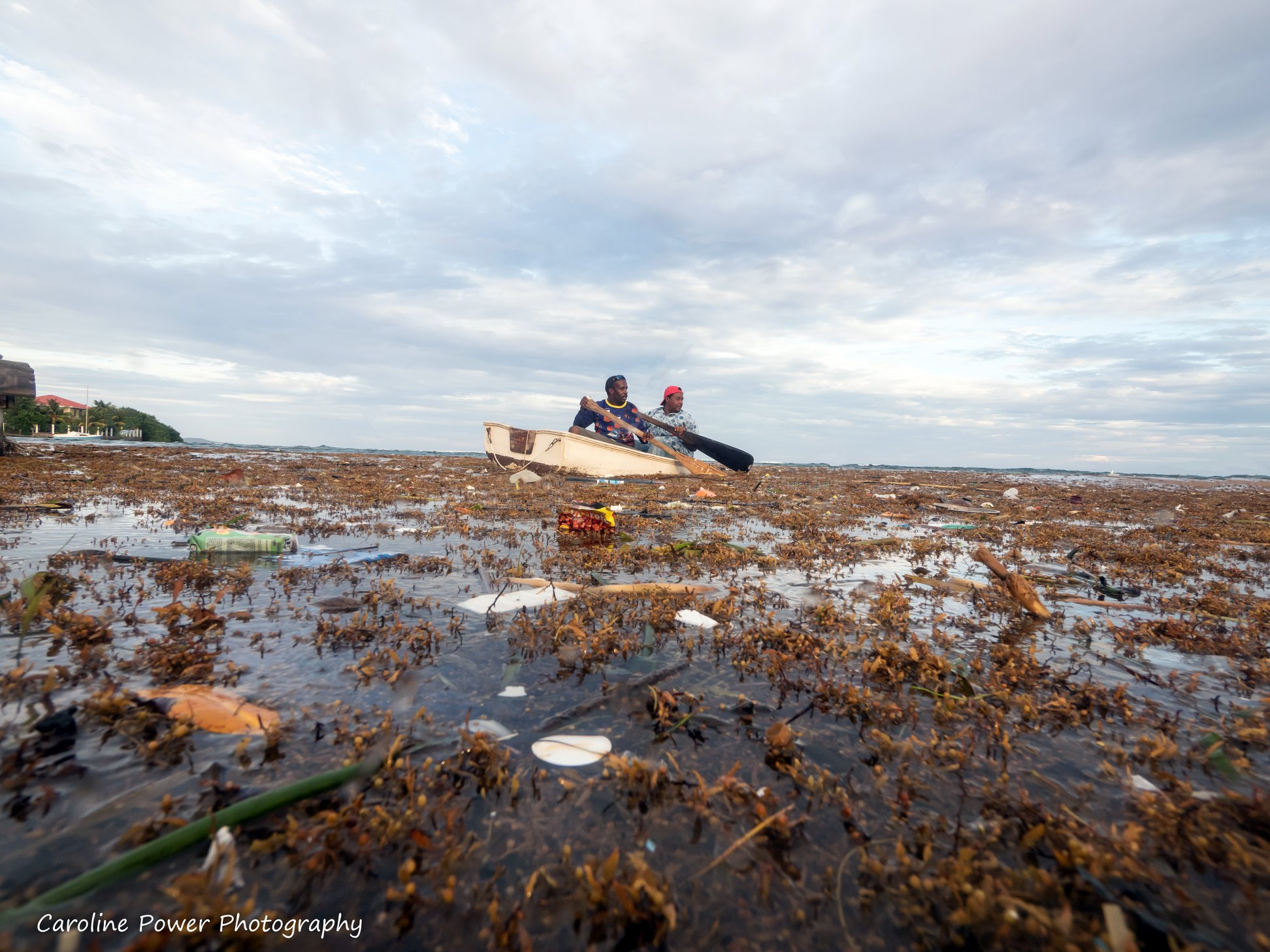 Oceana Europe, another conservationist organisation, said the photos had left them “shocked, sad and angry, but not surprised”.

“If we don’t change our behaviour now, we’re going to have more plastic than fish in the ocean,” the organisation said.

Meanwhile, Ms Power was hopeful that her photos “will encourage others to make changes to their habits and daily lives to help protect and conserve this planet”.

“It was also motivating; I drastically increased efforts to reduce my environmental footprint after seeing that,” she said. “I hope the photos will inspire people to do the same,” she added.

Anyone who wants to help the region’s conservation efforts to donate to the Roatan Marine Park, a non-protect organisation working to protect Roatan’s fragile coral reefs.

Plastic in the Sea | In Numbers