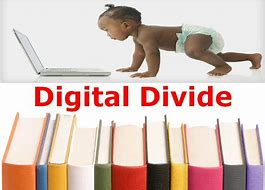 The world of work is rapidly changing. The jobs of the past are more than likely not going to be the jobs of the future. Academics, futurist, economist and policymakers have all concluded that labour markets globally will undergo huge transformations over the next decade.

The primary driver for the shifts in global labour markets is technological advances, leading to increases in computerisation, automation and developments in robotics and artificial intelligence. Researchers have made bold predictions that these technological changes will result in increased global unemployment. Estimates of technological unemployment include:

We must consider to what extent will these technological changes impact Bermuda’s labour force. It is predicted that job losses will be heaviest in the following categories:

Blockchain technology is also predicted to have an impact on traditional financial sector jobs such as:

In addition to technological advances, Bermuda is also adversely affected by globalisation. Bermuda has experienced declines in the total number of jobs on the Island as a result of companies outsourcing jobs to lower cost jurisdictions. Over the past decade, jobs associated with call centres, HR, IT and accountancy departments all have been outsourced.

Job opportunities are expected to rise in science, technology, engineering and mathematics-related jobs. Additionally, because Bermuda is experiencing a rapidly ageing population, the demand for jobs in the healthcare sector will also continue to rise.

Consideration must be extended beyond the labour force. Rapid technological advances which displace workers can be catastrophic for Bermuda. Payroll tax, which is a tax on labour, accounts for 41% of total Government revenue; fewer jobs means fewer taxes.

Additionally, the decline in the workforce will also put a greater strain on overall economic growth. The call for an increase in the population is a sensible one, however, new jobs primarily in the demand areas must be created in order to avoid a further displacement of qualified Bermudian workers.

The Government has been very deliberate in its efforts to expand technical jobs in the economy as it is seeking to attract initial coin offering [ICO] and crypto-currency business to Bermuda through the introduction of regulatory framework. The Government must also be deliberate in ensuring that the population has the skillsets to compete for technology jobs.

In my 2018 Labour Day address, I called on the Government to develop a National Innovation and Technology Plan that will:

The impact of technology cannot be ignored. It is critically important that we have a workforce with the skillsets to compete in the future. Individuals will need to commit to upgrading their skillsets as a matter of urgency.

OBA MP Jackson: ‘Sport Development Is A Necessity, Not A Luxury

Duane Santucci: ‘Bermuda Has Been Under Siege & We Are Experiencing An Even Greater Outbreak Of Violence’