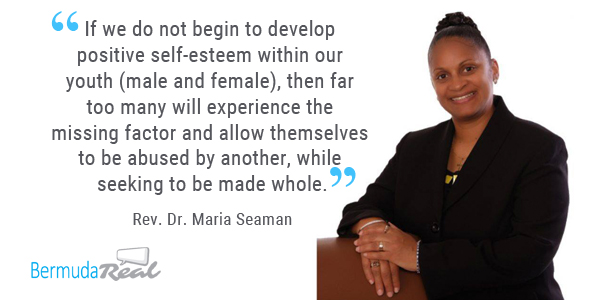 Why Did She Do That?

Well, why do you do anything? I believe that there are simple answers, and then there are more complicated answers. One might say simply that, “She did it because she wanted to.” That’s pretty simple. One might also say, “She did so because she had to.” Both responses may be valid and true. Yet, each reply ought to be taken in the context of what she actually did.

Recently, there have been upwards of twenty sex videos of our young women performing sexually explicit acts. Those videos circulated in Bermuda (and probably overseas). I believe that the average adult would agree that the videos do not show the best “side” of these women. Indeed, most of the videos show the females as pawns or prostitutes for men.

Well, in the midst of all the questions, the answer can simply be stated in one word – “missingness”. That word speaks to when persons do things that are more than questionable because they actually have a missing space or place in their heart.

It is with the mindset of the word “missing” that I must seek to understand why our females have opened up doors of abuse to themselves. Now the irritation or irony is that many will vocalize the freedom and liberty of such persons to do as they please. Yet, if we are to be a totally responsible society, we must recognize that people who are abused (misused) will have a particular mindset that cannot be good for the society. (I will not even speak to the horrific mindset or mindlessness of the abusers).

In a day and time when many tout women’s rights and the strength of feminists, what a horrific reality it is that this society still faces such a magnitude of sexual abuse. Just because a female is liberated does not mean she is liberated to be abused or to be the abuser.

I believe that these are the days in which many abdicate their collective responsibility to the wholeness of the society in light of their independent existence and the desire to do as they please.

Really? I think of the school hymn, “No Man is an Island”. Indeed, no man or woman stands alone. Therefore, it becomes prudent for you to consider the private actions of others, which become public and then think about what impact it must have on the moral decay of our small island.

If we do not begin to develop positive self-esteem within our youth (male and female), then far too many will experience the missing factor and allow themselves to be abused by another, while seeking to be made whole. That cannot be good for any society.

Rev. Dr. Maria Seaman is the founder and Pastor of Shekinah Worship International Ministries (SWIM) at Shekinah Worship Centre, Bermuda under the spiritual covering of Bishop Jacqueline E. McCullough of The International Gathering of Beth Rapha. Dr. Seaman is an author of four books: The World of the Womb in God’s Plan for Man, Wombs II, A Voice Crying Out in a Wilderness Called Paradise, and Wombs III Expect the Unexpected: Leah’s Womb. She has also co-authored three books, and is the founder/producer of Shekinah’s twenty-four-hour cable channel, “SWIM TV”. Dr. Seaman firmly believes, “The safest place to be, is in the will of God.”