Siohn Akinstall was charged with killing Ayinde Eve, 27, and Micah Davis, 22, on October 26.

He was further charged with the attempted murder of Derrick Golding, a police sergeant, and Troy Eve Burgess, in addition to four counts of using a firearm.

The defendant was not required to enter a plea to the indictable offences, which will go to the Supreme Court.

He was remanded in custody by Magistrate Khamisi Tokunbo.

The case was set down for the Supreme Court arraignment session on December 1.

Akinstall is the second person to be charged in connection with the Robin Hood shooting.

Last week, Quianna Butterfield, 25, was formally charged as well. She was also remanded in custody to appear during the December 1 arraignment session in the Supreme Court.

Meanwhile, Anthony Davis, 37, was formally charged this morning with the murder of Morissa Moniz.

The incident, described as a domestic dispute, took place just before 3am on November 11 in Smith’s Parish.

Davis, also from Smith’s was remanded in custody. His case is now bound for the Supreme Court, to go before a judge and jury.

He is due to appear on December 1 in the Supreme Court as well. 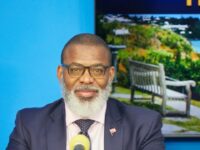 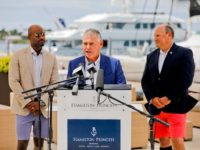 Superyachts in Bermuda Could Generate ‘As Much As $130,000’ in Revenue Per Week 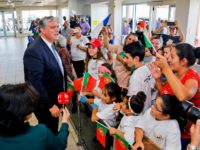 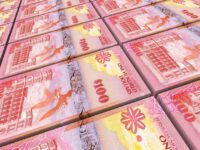