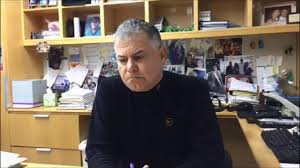 A mother and daughter who filed a complaint of unfair dismissal against Island Construction Limited and Zane DeSilva, the Minister of Tourism and Transport, have won their case in the Supreme Court.

The Cabinet Minister lost the court battle with his sister-in-law and niece after the Court ruled that his company wrongfully fired them. Mr DeSilva has indicated that he intends to appeal.

The 15-page Court ruling by Puisne Judge Shade Subair Williams, upheld a decision by the Employment Tribunal that Island Construction was wrong to dismiss Barbara Phillips and Rebecca Phillips over allegations of theft and dishonesty.

Lawyer Archibald Warner, who appeared for the company and Mr DeSilva, argued that the tribunal should have been adjourned  until after a police investigation could be carried out.

But the request was denied and despite an invitation to make further applications in person, Mr DeSilva and his counsel failed to appear.

Justice Subair Williams, in her written reasons delivered on July 29, said the failure of the Minister and his company to appear before the tribunal meant they were “hardly entitled to later complain” that they did not get a fair hearing.

Ultimately, she supported the tribunal’s decision saying: “It is difficult to envisage what kind of evidence would have been available to the tribunal had they granted the appellant’s adjournment request.

“Equally, it appears that the tribunal was not given any indication by the appellants on the likely time frame needed to resume a hearing if the matter adjourned.

“Perhaps these are matters which might have been made clearer had the appellants and/or their counsel sensibly accepted the opportunity to appear before the tribunal in person to address the tribunal on their request.” 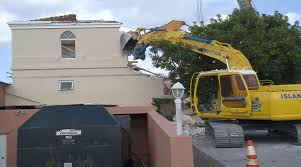 Justice Subair Williams concluded: “Having relinquished the opportunity to appear, and having wilfully absented from the full hearing which followed, it is hardly open to the appellants to now complain that they were deprived of a fair hearing, based on an adjournment refusal.”

The written reasons, published online last week with the background on this case, including allegations that Island Construction fired the pair on April 27 in 2018 on the grounds of serious misconduct.

The company alleged that one employee stole gas and received money for unworked hours, and the other acted dishonestly.

Justice Subair Williams noted that Mr Sanderson “expressed grave doubt about the activeness of an ongoing investigation and informed the court that his clients have never even been approached by police in relation to their employment”.

“By way of relief, the Appellants also sought ‘an Order that the Tribunal cease from proceeding with hearing of alleged wrongful dismissal by the Applicants until the conclusion of the Police Investigation and the matter is referred to the DPP for determination as to whether to proceed with criminal charges for dishonesty offences against the Applicants (the Respondents)’,” she added.

“The grounds supporting the Respondent’s application to strike out the Notice of Originating Motion were made on the basis that the appeal was frivolous, vexatious or an abuse of process.”

The company’s lawyer argued that “the Tribunal was obliged to stay the proceedings once the Notice of Originating Motion appealing the adjournment refusal was filed”.

“In my judgment, this is obviously incorrect and the Respondent’s analysis is wildly flawed,” said Justice Subair Williams.

“For if it were so, any litigant could help themselves to an adjournment by expeditiously filing appeal documents in response to a refusal by the Tribunal to adjourn as requested. Is this what Parliament intended in passing section 41 of the Act? I think not.”

On the case of the two employees, she said: “They were deprived of a fair hearing because the Tribunal did not have before it the evidence which would have arisen from a pending police investigation into the Respondents for allegations of theft in the course of their employment by the Appellants.

“Having relinquished the opportunity to appear and having willfully absented from the full hearing which followed, it is hardly open to the Appellants to now complain that they were deprived of a fair hearing based on an adjournment refusal.

“To do so, in my judgment, would amount to an abuse of process. For this reason, I also find that the grounds of complaint in the Notice of Originating Motion were in fact vexatious,” said Justice Subair Williams.

“The Tribunal, having been made aware of the reasons for Applicant A’s dismissal was wrong in law as not to make full enquiry about issues related to payment for hours not worked and obtaining gasoline without payment. The Tribunal instead accepted a ‘blatant’ denial from the Applicant being unaware of any criminal acts warranting her dismissal.

“In any claim arising out of the dismissal of an employee it shall be for the employer to prove the reason for the dismissal, and if he fails to do so there shall be a conclusive presumption that the dismissal was unfair.”

She also noted that “counsel for Applicant A had a duty to disclose that the Applicant had admitted to him in his instructions that she had obtained gasoline and defended the position by the farcical declaration that the money in payment was placed into ‘petty cash’.

“Clearly, the Tribunal did not find on the evidence that the Respondents had committed any of the wrongful acts as alleged by the employer Appellants. As such, the Appellants’ case for serious misconduct was not proven,” said Justice Subair Williams.

It was also alleged that “the Tribunal erred in finding that the Employer was wrong in law in its failure to have offered the Applicants an opportunity to speak to the alleged criminal charges”.

But she said: “I found on the uncontroverted facts that any opportunity afforded to the Respondents to address the allegations resulting in the termination of employment occurred subsequent to the termination itself.

“The true value of any opportunity for the Respondents to defend these allegations was lost once the final decision to terminate was made. This ground of complaint is accordingly without merit.

“For these reasons, the appeal is dismissed on all grounds with costs for the Respondents ‘on a standard basis to be taxed if not agreed’.

“The award decided by the Tribunal is affirmed and any statutory stay imposed by section 41 of the Employment Act 2000 is lifted.”

As noted at the top of this report, Mr DeSilva has indicated that an appeal against the decision would be launched. 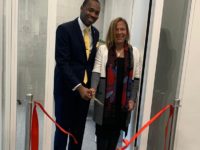