There are more questions than answers surrounding the case of a disabled resident at Summerhaven who was injured while being transported on the facility’s bus.

Roger Chasty was injured in January and sustained a severe head wound that required nine staples to close his scalp [see video]. The disabled client, who was not strapped in when the accident occurred, was thrown from his wheelchair while the bus was in motion.

In an extensive follow up to concerns raised by former Progressive Labour Party MP Glenn Blakeney, who sounded the alarm on a number of “very concerning” issues in the House of Assembly in November 2015, BErmuda Real sought answers from Summerhaven’s Board Chairman John Powell.

Mr Blakeney called on Government Health Minister Jeanne Atherden to launch a “formal investigation” into allegations of abuse of disabled residents at Summerhaven. He also asked why the bus operator was not relieved of his duties pending the outcome of an investigation, in the interest of the safety of the residents.

When contacted by Bermuda Real, a spokesperson said: “The Ministry of Health, Seniors and Environment announced last month [Feb] that an Administrator was appointed to Summerhaven by the Registrar for three months, to bring the facility into compliance with the Residential Care Homes and Nursing Homes Act 1999. The public is reminded that Summerhaven is a private facility.”

She noted that the Ministry’s administrator “has been in place since 16th February and improvements are underway with respect to administrative and clinical personnel, safety, diet and records”.

“Part of the role includes ensuring appropriate safety procedures are in place to protect clients in all situations. Incidents and decisions made with respect to clients prior to the Ministry’s Administrator commencing are being examined to determine any necessary action to pursue with cooperation of the Summerhaven Board. Mr Powell has been and continues to ne the Chairman of the Summerhaven Board.

“Enquiries regarding individual cases should be addressed by the Board,” she added.

But the Ministry did not address specific questions fielded by Bermuda Real – most notably, whether in fact the Minister, or the Ministry launched an official investigation into the safety concerns cited by Mr Blakeney.

He cited a list of issues regarding the safety and alleged mistreatment of residents at Summerhaven during the Motion to Adjourn in the House of Assembly. Mr Blakeney alleged mismanagement at Summerhaven, and called on the Minister Jeanne Atherden, to investigate the complaints.

In response to follow up questions fielded by Bermuda Real, another Ministry spokesperson said: “Despite the facility being a privately-run entity, the Ministry of Health,…has intervened to temporarily remove and replace the administrator to address the concerns and determine what policies and procedures are suitable for the Summerhaven facility and ensure the appropriate adherence of those policies and procedures.

“One particular policy that is a high priority is a Transport (Bus) Policy. This policy will have guiding principles on the transporting of the clients that both the drivers and the clients must adhere to. We are also pursuing what additional measures will be taken to address the other concerns but it is too early to elaborate on the details,” she added.

When asked for further clarification, she said: “A temporary administrator was appointed by the Ministry for a three month period with a view that the Board will appoint a permanent administrator by the end of the three month term. The prior administrator post holder no longer performs those duties.”

Despite the clarification, to date, there has been no formal response by the Ministry on the investigation called for by Mr Blakeney regarding the injuries sustained by Roger Chasty, who suffered a severe head wound while being driven by Albert Carter on board Summerhaven’s bus (see video below).

Bermuda Real submitted a list of questions to Board Chairman at Summerhaven, John Powell. He denied that the resident in question was injured on the facility’s bus five times as alleged by inside sources.

“Mr Chasty has only had one incident on the bus,” said Mr Powell. “When he broke his collarbone he was wheeling himself in his wheelchair which tipped over when he hit a bump in the road.”

Asked why Mr Chasty was not strapped in when he fell, he said: “The bus driver has only had one accident apart from the one with Mr Chasty and that was when someone hit him (driver/bus). We now have a new bus policy that everyone has to abide by; on tie, no ride.” 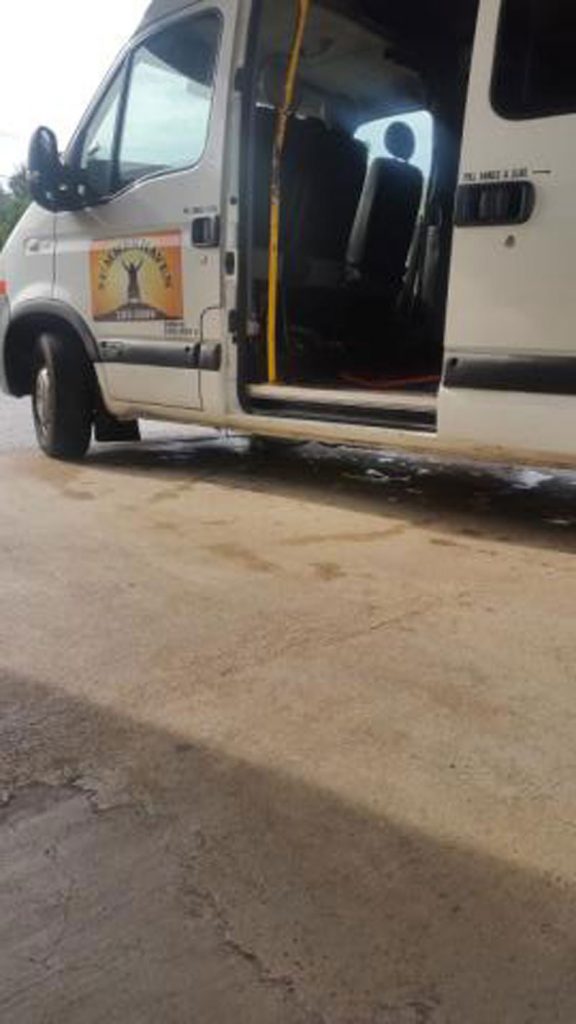 In his address last November, Mr Blakeney told MPs: “There needs to be an independent investigation into the extremely serious allegations. The critical questions should be asked.” He cited an eight-question list on a diverse range of “very concerning” issues raised in the House of Assembly:

1. Why the increased rent to $4k that is now paid by FA (Financial Assistance) directly to Summerhaven without any stipend allocated to residents as was previously done

2. What is the $60k per month (resident’s rent collectively) used for, especially since residents for the past several months received no financial support to cover such expenses such as food, laundry, personal care items and health coverage

3. The alleged abuse by the Bus Driver (Albert Carter) is very concerning. Why does he have keys to enter residents’ rooms at will. Why did he charge residents for the use of the bus. Which is for the residents’ benefit? Does he use the bus for his personal purposes

4. Why is Mr Carter allowed to continue in his position as a driver after allegedly being involved in accidents…

5. You should also enquire about the retiree that volunteers to reconcile Summerhaven accounts

6. When was the books last audited?

7. Have you spoken with Ms Hay at the Ombudman’s office who has knowledge of the reprehensible allegations, which have been reported

8. Another alleged abuse, if found to be true, involves Mr Powell influencing various residents to cash cheques in their respective names (for various amounts) before handing the cashed amounts back with him (Powell). One such resident who (under duress) was party to this nefarious activity personally told me about it and is prepared to go on record

In a follow up email to Health Minister Jeanne Atherden, dated January 21, 2016, Mr Blakeney said: “To be quite honest, I am shocked that after all has been revealed regarding the serious allegations of misconduct, the said bus driver has not (at least) been relieved of his duties, until a full independent investigation has been concluded.

“It certainly would be indefensible if, God forbid, a resident were fatally injured due to negligence on the part of the current bus driver! With verifiable history of the same bus driver having accidents, which caused significant injury to Summerhaven resident passengers, I am flabbergasted that no one has looked into record.”

Mr Blakeney continued: “With respect Minister, I trust that your intervention will help get to the bottom of the incredible revelations, if not for anything else, but to ensure that there is no abuse being suffered by residents, however if so; I would expect that anyone culpable for such abuse would be swiftly held to account and brought to justice for any measure of criminality that could be proven in the courts.”

Asked to respond to the former MPs concerns, John Powell had this response to Mr Blakeney’s number one concern regarding Summerhaven. On the rent increase, Mr Powell said: “This is Financial Assistance policy.”

With regard to residents left with no financial support to cover basic essentials like food. Personal care items, and health insurance coverage, Mr Powell replied: “There are only a few, most receive disability insurance, those who don’t Summerhaven will help. All residents have HIP insurance coverage.”

In response to Mr Blakeney’s concerns regarding Summerhaven’s bus driver, Mr Powell said: “Mr Carter has a key to take out the trash. Mr Carter does not get paid on weekends and therefore the residents were asked to pay a fee to ride the bus. This stopped when their rent structure changed.”

Asked how many accidents does he acknowledge on the part of Summerhaven’s bus driver, Mr Powell replied: “One, and not his fault.”

When asked what changes have been made, if any, since the appointment of a new administrator following talks with Government, Mr Powell said he “will comment at the end of the three months”.

Asked if there’s anything else he may wish to add, he replied: “No.”

Bermuda Real has been in talks with Mr Blakeney on this story. And we look forward to bringing you his reaction to this report in due course.