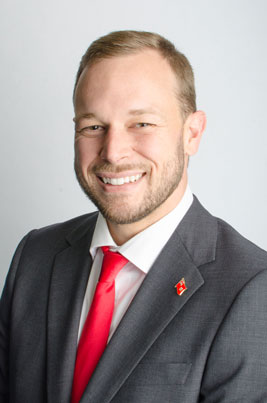 Business confidence has plummeted due to mixed messages and actions emanating from the PLP members in Government, according to Shadow Finance Minister, Nick Kempe.

“Sometimes it’s destablilizing messaging by front and back benchers alike that the Premier allows to fester unchecked for too long before finally correcting, and sometimes it is direct actions that are fully supported as PLP initiatives.

“Here are some examples: ‘Surprise’ talk of independence; raising taxes on everyday Bermudians and local businesses; seeming constant delays in immigration processing; apparent exclusion of the business community from the Living Wage conversation; general anti-business and anti-immigrant rhetoric from the PLP and their combined support base and the erosion of independence and exertion of tighter political control in bodies such as the Gaming Commission.

Add to that, the $1.2m paid to a former PLP Premier, the dividend tax on local companies and a sustained and costly campaign against the LGBT community’s rights and you get an idea of the overall messages that are coming from this Government which businesses find unsettling.

Instead of continuing to drive the Government machine to be more efficient and less tax hungry, the Premier has decided to put the hurt to the middle class to feed Government spending. The new dividend tax legislation was a clumsy solution to a real problem that effectively used a sledgehammer to crack a walnut.

CEO’s of reinsurance companies earning tens of millions of dollars a year would have felt no personal financial pain from this new tax. Instead Bermuda’s small and medium business owners, the core middle class, is being squeezed out. It would seem that taking risks and creating value will not be incentivized by this Government.

Addressing the residential population and an aging demographic is key to both economic growth and our crippling debt. We are projected to have almost 25 percent of our population over age 65 by 2026. This obviously has massive pension and health care cost considerations.

As a number of business leaders have highlighted recently an increase in immigration will provide economic stimulus and a much needed broader tax base to fund our social programmes and ever increasing debt.

The Premier will have a hard time selling the need for increased immigration given his Party’s continued anti-foreigner rhetoric. However, without addressing our shrinking working demographic nor tackling Government spending. I can only assume the Premier will simply continue to try and tax Mr and Mrs Bermuda into prosperity.

Sugar tax, commercial land tax and dividend taxes do nothing but eat into the buying power of lower and middle class Bermudians. With the extra tax burden and no other source of national economic growth, is anyone surprised that retail sales continue to slump?

OBA: ‘The Only People Who Will Benefit From This PLP Bill Are Those Who Will Control Importation’