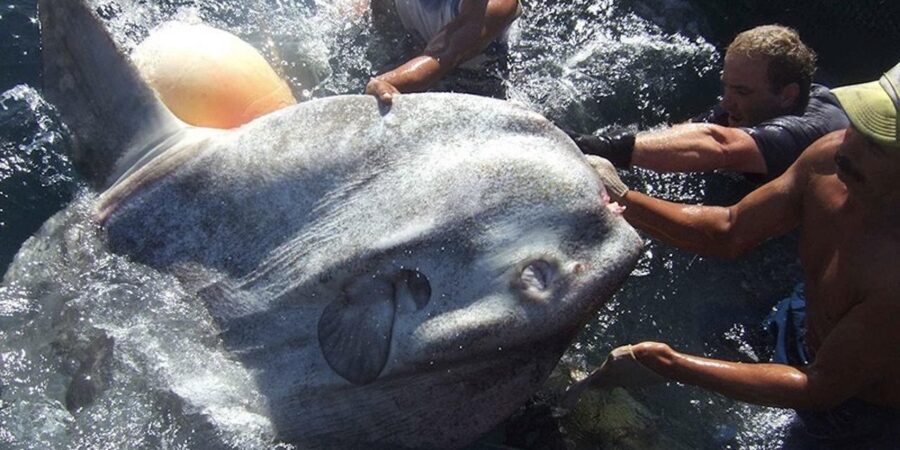 USA Today: By Pete Thomas – A sunfish estimated to weigh more than 4,000 pounds – it was too heavy for the scale – has been rescued from a fishing net off the Spanish enclave of Cueta.

The colossal sunfish, believed to be of record size for the region, was pulled from the water with cranes and briefly studied before it was set free (see video below).

According to the Estrecho Marine Biology Station of the University of Seville, the entangled sunfish was discovered off Cueta, on the north coast of Africa, on Oct. 4.

“We tried to put it on the 1,000-kg (2,204.6-pound) scale but it was too heavy. It would’ve broken it,” the station’s Enrique Ostale told Reuters. “Based off its corpulence and compared with other catches, it must’ve weighed around 2 tonnes (4,409 pounds).”

Two cranes on different vessels were used to hoist the sunfish, according to the university. The fish measured 10.5 feet and was nearly as wide between its fins. (Sunfish have truncated bodies, giving them an unusual appearance.)

DNA samples were collected but the fish is believed to be a Mola alexandrine, or southern sunfish. They’re closely related to the more widespread Mola mola. Both species are docile and prey mostly on sea jellies.

“I was stunned,” Ostale told Reuters. “We’d read about such individuals, but never thought we’d actually touch one that day.

“But it was also stressful: you’re on a boat in the middle of the water, there’s a crane moving huge weight, a live animal. We couldn’t waste a moment and had to avoid accidents.”

Cueta is one of nine Spanish territories in Africa. It borders Morocco along the boundary of the Mediterranean and Atlantic. 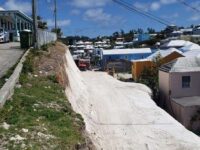 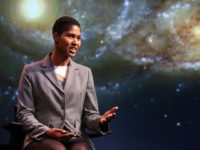 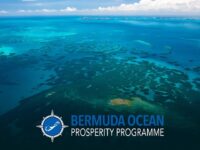 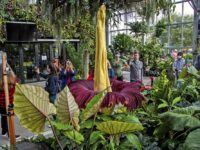