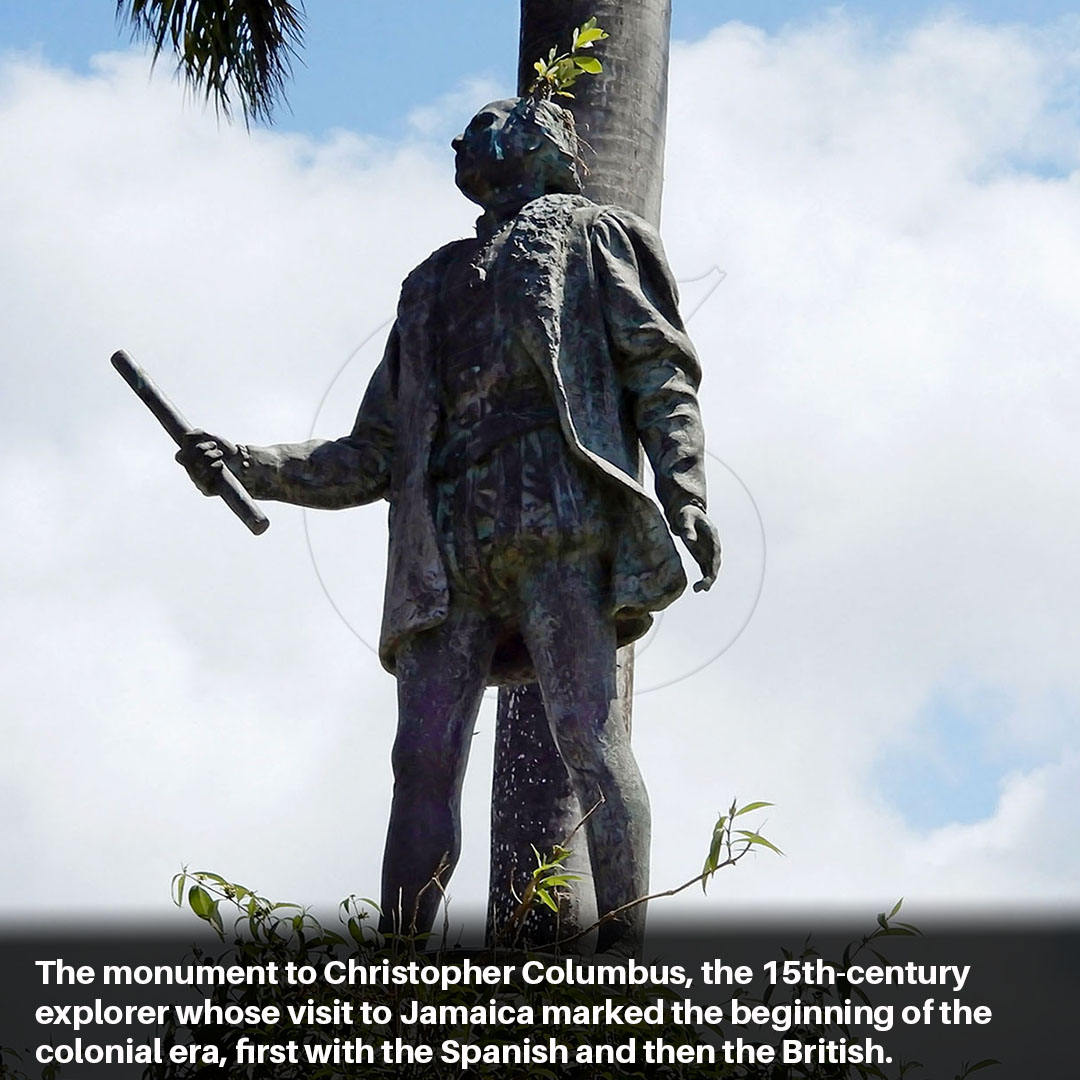 The Gleaner: Jamaica – As global anti-racism protests sparked by the killing of American George Floyd coalesce around the toppling of white-supremacy monuments, Jamaica’s Culture Minister Olivia Grange has opened the door for discussion on removing statues of colonial-era icons from public spaces.

The minister said that the Holness administration was satisfied that the emerging discourse was necessary to fully confront the inequities and injustices of the past that are impacting modern life.

“The Government understands that peaceful protests, robust public debate, and even the changing of symbols are part of a process that every generation must go through in defining ourselves as a race and a nation of people,” Grange told The Gleaner.

“There is significant scope for discussion with all the stakeholders with a view to determining the most appropriate course of action in relation to our treatment of monuments.”

But some of Jamaica’s most outspoken cultural activists believe that the country should move aggressively in scrubbing public spaces of what they deem emblems of endorsement to white slaver oppression.

Gender and development studies academic, Professor Opal Palmer Adisa, strongly advocates that the fervour of the Black Lives Matter movement have a defining impact on this generation.

“I do think that as an independent nation, we ought to be more correct in terms of what we name things,” said Palmer Adisa.

“We ought to put aside people like Christopher Columbus in some basement museum and have things that more represent and reflect the 95 per cent African population that Jamaica is comprised of.”

Professor Emerita Carolyn Cooper said that she understands why there has been a vigorous lobby for the removal of colonial-era statues from public spaces, but she believes that Jamaica needs to go beyond superficial challenges to imperialism.

“The desire to topple them makes perfect sense. But it can’t stop there. It’s an empty gesture if the systems of oppression in the present are not also transformed,” Cooper told The Gleaner. 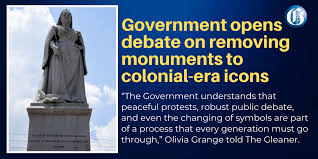 Cooper commended the launching of a petition to rename Lady Musgrave Road – citing the wife of a 19th-century governor of Jamaica, Anthony Musgrave – as a positive move but argued that the Government should also shed other vestiges of colonialism such as having the Queen of England as Jamaica’s head of state and her representative, the governor general.

“That’s another kind of statue that needs to be toppled. We need to go beyond window dressing to the more substantive issues,” she said.

And Amina Blackwood-Meeks, professor and adviser on African and Caribbean culture, said the Black Lives Matter movement should be placed within the context of the ongoing project of decolonisation.

“We need to recognise that perhaps the greatest contribution we can make to this decolonisation project is in ways in which we impact and alter systems and structures and create new ones so that emancipation and freedom have a greater and different meanings than currently obtain,” Blackwood-Meeks said.

Meanwhile, Black Lives Matter protests continued yesterday in England, with thousands of demonstrators converging and calling for the removal of the Cecil Rhodes statue from Oxford University. Rhodes has been widely described as a racist, imperialist businessman accused of backing a 1895 gold-looting raid that triggered the Second Boer War in which thousands were killed.

But on the benevolent end of the moral compass, Jamaicans have been recipients of Rhodes Scholarships for many decades, enabling some of the island’s brightest talent to study at Oxford. 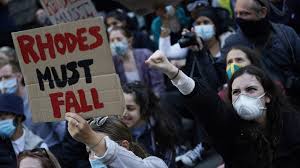 The fervour to remove the Rhodes statue started unsuccessfully in 2016, but the campaign has been reignited after the toppling and dumping of the Edward Colston 18-foot bronze statue in the River Avon in Bristol on Sunday. Colston was a 17th-century slave trader.

A number of Jamaican influencers have joined several Oxford University student groups and organisations demanding the removal of the Rhodes statue.

“I am encouraged to see the renewed calls for the removal of Cecil Rhodes’ statue at Oriel College,” Kamille Adair-Morgan, Jamaica’s 2012 Rhodes Scholar and a past winner of the Winter Williams Prize at Oxford for International Economic Law, told The Gleaner.

“… This imagery is unacceptable for a university that ought to be championing inclusiveness, equality, and dignity for all students, and all members of society.”

And the view of Jamaica-born priest and community activist Father Andrew Moughtin-Mumby was equally clear.

“The statue of Cecil Rhodes in Oriel College should be carefully removed by the college and deactivated in a creative and positive way to bring about healing. I am sure the great minds of Oxford can think of great ways to do that to show that Black Lives Matter, now, then, and forever.”

Earlier this year, Moughtin-Mumby rocked the foundations of the Church of England by pointing to institutional racism across congregations.

Gay Samuels Hatton, a Jamaica-born educator and UWI graduate who has taught in Britain for nearly 40 years, added her voice to the chorus.

“Men like Rhodes and Colston made their fortunes by exploiting and treating human beings in the most barbaric ways. The slave trade and slavery are products of the innate belief in the superiority of the Anglo-Saxon, and this should never be celebrated,” said the educator.

The current Rhodes Scholar, Samuel Bailey, speaking with The Gleaner from the Caribbean Court of Justice in Trinidad & Tobago, declared that true commitment to fighting racism and ensuring equality included the removal of monuments of white supremacy.

“Symbols representing an unjust perspective should not be celebrated but instead removed so that we can move forward,” Bailey said.

Editor’s note: The Gleaner is clarifying that Carolyn Cooper is not herself ‘lobbying’ for the removal of colonial-era statues. While she understands the desire to topple these symbols of colonialism, she believes that passivist depictions in the Emancipation Park statue and Marcus Garvey bust at The UWI are far more troubling.