New York Daily News: MANHATTAN, NY – An unlicensed teen hit-and-run driver who blew through a Staten Island stop sign and slammed into a Mercedes-Benz — killing the woman inside — later went to police claiming he had been robbed by someone driving his wrecked car, authorities said Thursday.

The ruse quickly fell apart with police determining 18-year-old Prince Nesbitt-Hall was behind the wheel of the Honda Accord that T-boned the victim’s car, authorities said.

Nesbitt-Hall allegedly sped through the stop sign at Elson St. and Lamberts Lane and broadsided the Mercedes, killing the front seat passenger, Kauser Akhund, and critically injuring her 70-year-old husband, who was driving.

The front end of the Honda was nearly obliterated by the impact.

Nesbitt showed up at the 121st Precinct stationhouse about a half-hour later to report the “robbery,” hoping police would think someone else was driving the Honda, police said.

Nesbitt-Hall was hit with a slew of charges, including manslaughter, felony assault, leaving the scene of an accident and falsely reporting an incident.

He was also charged with criminal possession of stolen property because the Honda was stolen back on Feb. 6 in Hackensack, NJ. 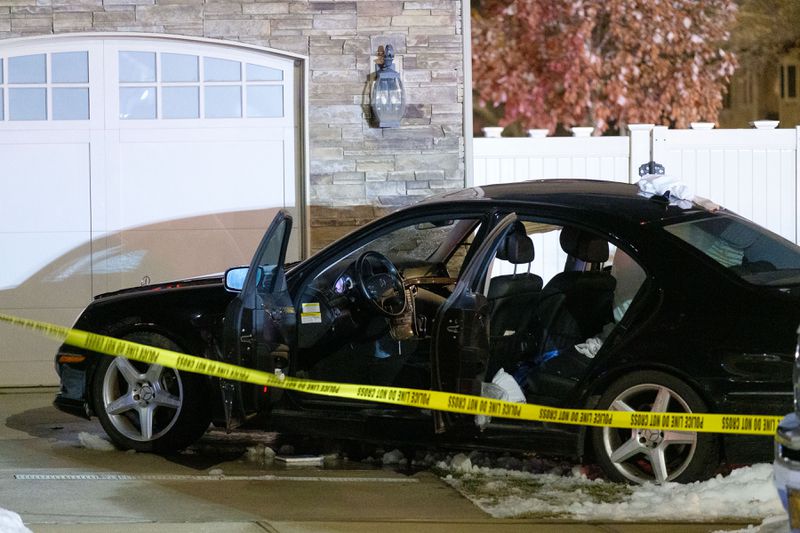 Nesbitt-Hall lives in Rahway, N.J., and has three prior Staten Island arrests, two for petty larceny and one for grand larceny, police said.

Akhund and her husband were a mile from home when they were struck.

“It’s a horror, absolute horror,” neighbor, Joe Ponzi, 65, said of the crash. “They’re lovely people. They’re originally from Pakistan and been on the block for probably close to 10 years. They keep to themselves, but they’re lovely.”