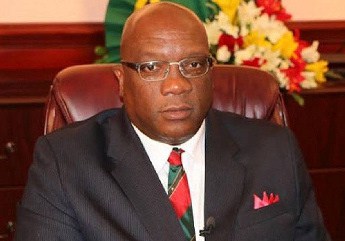 BASSETERRE, St Kitts (CMC) — Prime Minster of St Kitts and Nevis Dr Timothy Harris said today (May 22) that borders of the twin island federation will remain closed effectively dashing the hopes of overseas nationals who would have wanted to travel to cast their ballots as had been the case in past general elections.

In a radio and television broadcast, Harris said that the general election on June 5 will be held as the country continues with its efforts to curb the spread of the COVID-19 even as he announced that new regulations will come into force on Saturday, replacing those that expire later on that day.

He said that the new regulations would remain in force until June 13 and that the nightly curfew remains in place and must be adhered to.

Harris told the nation that his Team Unity administration, which will face challenge from the main opposition St Kitts-Nevis Labour Party (SKNLP) for control of the 11 seats in the National Assembly.

“Indeed, that has been our first priority. But we have also been a Government that has been committed to the rule of law. Our Constitution requires us to hold an election to choose representatives to sit in Parliament and form your Government once Parliament is dissolved.

“COVID-19 forced us to adjust the way we are accustomed to campaign and bring our ideas and vision to influence people to select the candidate of their choice. Our medical experts have strongly advised against mass gatherings, which are fertile ground for the transmission of the disease by asymptomatic persons,” he said.

He said that as a result those vying for seats in the Parliament are resorting to innovative ways to bring their programmes to the voters.

“Virtual campaigns, social media, and other innovative and creative ways are the new normal. When we visit residents in constituencies, we ask that candidates, campaigners and supporters follow the social distancing protocols. That is good for all of us.

“I urge all of us to pay attention. Our people must continue to behave responsibly. We have to be mature and keep the peace at all times. I expect that the Supervisor of Elections and the electoral commission will be advised by the medical experts and thus ensure that registered voters will be safe when they go to vote.”