Jamaica Observer: KINGSTON – SPRAGGA Benz is adding his voice to the call for reggae superstar Bob Marley to be made national hero of Jamaica.

This comes in the wake of Barbadian pop singer Rihanna being bestowed the status a nation hero on Monday as that country relinquished ties with Britain’s monarchy and became a republic.

In an interview with the Jamaica Observer, he asked: “Why is it taking so long for Bob Marley to be made a national hero? The reggae icon is the face of Jamaica. Any part of the world that I go and mention Jamaica, the name Bob Marley comes up immediately. This is because the world links Jamaica with him.” 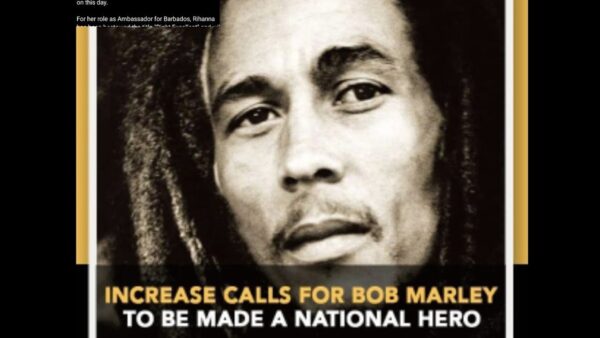 “Bob’s music has attracted people to Jamaica. Quote any of Bob’s songs and everyone has a lesson to be learnt. The Jamaica Tourist Board uses Bob’s music to attract people under the theme, One Love, and, lest we forget, it was Bob who brought the two, sharply divided political leaders — the PNP’s (People’s National Party) Michael Manley and the JLP’s (Jamaica Labour Party’s) Eddie Seaga — holding hands on stage the One Love Peace Concert at the National Stadium in Kingston in 1978,” he continued.

Born in Nine Mile, St Ann, Marley helped spread reggae to the four corners of the world and is one of the best-selling artistes in music history.

As a member of the Wailers, which comprised Peter Tosh and Bunny Wailer, the group released ground-breaking albums Catch a Fire and Burnin’ in 1973. After the group disbanded in 1974, Marley released new material under Bob Marley and the Wailers, including Natty Dread, Rastaman Vibration, and Exodus.

Marley, who received an Order of Merit from the Jamaican Government, died of cancer in May 1981. He was 36.

Spragga Benz, given name Carlton Grant, is a Jamaican deejay and actor. He got his musical break in with Girls Hooray in the early 90s. His other songs include Hand Inna Da Air, No Fun Thing, Things A Gwaan, and Jack It Up.

He starred alongside Ky-Mani Marley (Bob Marley’s son) in Shottas (2002). He is currently wrapping up the production of his latest film Chances.