There are those who say the One Bermuda Alliance did not win the last General Election – the Progressive Labour Party lost it. On Tuesday, July 18th, Bermuda’s electorate will decide, once again, which team will emerge victorious.

In December 2012, the OBA won 19 seats to the PLP’s 17, with a Premier who lost both the Government and her seat, in a race that saw a number of wins decided by very slim margins. That was then, and this is now and this time those slim margins will be the constituencies to watch.

Bermuda Real was the first to report that there are 3,017 more registered voters now than the total number in 2012. And political pundits agree that the increase could be a good sign for the PLP. But we still don’t know just how many Bermudians have left the island to live abroad, or what the impact of new status Bermudians will be on the final tally. How it will all factor into the final count – we’ll see.

While we’ve heard all the rhetoric from both parties and seen the blogs posted under the cloak of anonymity, it’s fair to say this will be a fierce race for the power to rule one of the last of 14 British colonies left on this planet.

Ultimately, the final result will be what it’s going to be! But this time around, in spite of the rhetoric and blogs, there are some things Bermuda’s voting public will never forget when they go to mark their ‘X’. Check the record and some would say that list is endless!

Now that we’re on the final stretch to polling day, let’s take a look at this race, starting with the constituencies in St George’s.

In 2012, PLP MP Dame Jennifer Smith, a former leader, lost her seat to the OBA’s Kenneth Bascome, in what was described as a big win for the OBA. It was a third time match for this pair, after she won by 25 votes in 2007, and a mere eight votes in 2003. That changed in 2012, in a three-way race that included Independent candidate Cornell Fubler.

Then there’s the voters who refused to vote, who turned their backs on casting ballots. In C1, many voters felt the then ruling PLP administration had failed to represent them. The Olde Towne was desolate in terms of tourism revenue business. There were no small cruise ship calls, no major hotel developments, no police station and a Town Square that looked more like a ghost town. Many east enders were fed up with no real representation.

Since then, that constituency has seen a bit of a turnaround, but very little on the part of their area MP, a former Town Mayor, who is currently a Junior Minister of Tourism. Despite cruise ship calls by smaller ships with a new marina, the one thing Mr Bascome once called for vociferously, still doesn’t exist. And that’s the re-establishment of a police station in the heart of St George’s – not St David’s.

Enter PLP Senator Renee Ming, Mr Bascome’s new opponent, who lost by a mere four votes in the constituency next door, in a three-way race in 2012 against OBA incumbent Nandi Outerbridge, with then Independent candidate Kim Swan.

While her opponent has changed, Ms Ming looks set to be a formidable opponent in St George’s North. And she could very well win, taking the seat back to the PLP in C1. This will be one of several close races to watch.

In C2, where the OBA’s Nandi Outerbridge won the seat, the incumbent will go up against Kim Swan again, only this time he’s with the PLP team of candidates. Although he’s a former United Bermuda Party leader, he too is poised to present another formidable challenge, in what will be a two-way race without a third Independent candidate.

Since the last General Election, voters island wide and in St George’s West, will never forget the “red underwear” comment on the floor of the House by Ms Outerbridge. Remember the “MP sorry for red underwear” headline and stories published as a result of it? She made an official apology to the House of Assembly in November 2015 for the “inappropriate comments” she made in July.

She was responding to comments from Opposition MPs about the wearing of the OBA’s colour red – not to be mistaken for the Cup Match red representing Somerset, when she made the remark on the colour of her underwear. The Speaker of the House told MPs that she had “given assurances that it will not happen again” and that he considered the “matter closed”. But is it?

To this day, those comments still resonate loud and clear in the ears and minds of the voters in St George’s West especially. And there’s more than just a few constituents planning to turn her red, slim four-vote victory green!

In St David’s it’s a no-brainer, where Lovitta Foggo will more than likely retain her seat in C3 for the PLP. She soundly defeated her opponent Gaylynne Cannonier in 2012, who is the sister of former OBA Premier Craig Cannonier. The final count – Foggo 511 votes to Cannonier’s 384. She also won her seat in 2007 against then United Bermuda Party candidate Suzann Roberts Holshouser, taking 54.27% per cent of the votes cast.

This time around her opponent is OBA political newcomer Andrea Moniz-DeSouza, a corporate lawyer who speaks fluent Portuguese, who is also the Honorary Consulate of Portugal in Bermuda. Based on Ms Foggo’s winning track record in St David’s, there’s no likely surprise anticipated in the final outcome of that race.

In St George’s South, OBA incumbent Suzann Holshouser won the three-way race in C4 in 2012, against the PLP’s Pastor Leroy Bean and Independent candidate Kingsley Francis. She secured 515 votes, Pastor Bean came in with 467 votes and the Independent candidate ended up with only 15 votes. This time around, it’s back to a two-way race, with PLP newcomer Tinee Furbert, a Clinical Consultant and Occupational Therapist.

But with three seats currently held by the OBA in Constituencies 1 to 4, all eyes will be watching to see if the PLP will unseat the incumbents in C1, C2 and C4. How it will pan out, in just a matter of time, the final count will tell. Considering the massive turnout at the PLP’s rally in St George’s however, many are predicting a PLP clean sweep in all four constituencies.

In part two of this report, we’ll take a look at the next set of closely won seats in Bermuda’s 36 constituencies in 2012, and what those races look like heading into the next General Election, now seven days away and counting. 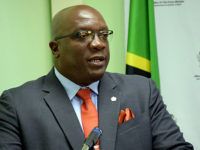 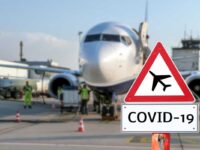 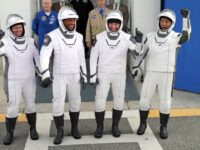