The world’s smallest drawbridge is rotting with a potentially hazardous footpath falling apart at the seams with loose bolds sticking out that will stub your feet.

That’s the view of local resident Joshua Richardson who decided to take a walk across Somerset Bridge on Good Friday.

“I stopped by because I love to go behind the post office to see the fish in the water, and I was hoping to see kids jumping off the bridge because I wanted to shoot some video,” said Mr Richardson.

“Then I decided to walk across the footpath, and while walking westward I tripped over something. When I looked down I realized it was a big screw, or a bolt sticking up out of the plywood covering rotten planks. Thankfully I was wearing boots. 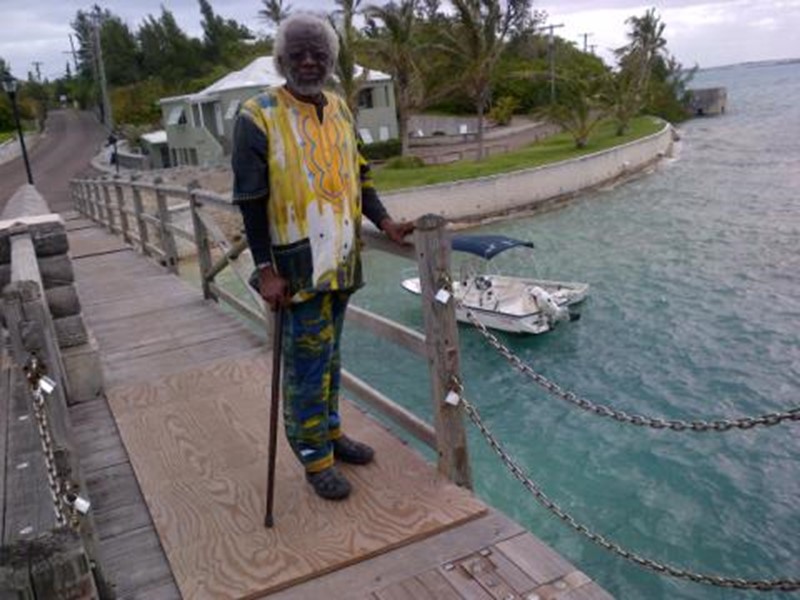 “When I really took note I noticed there were quite a few planks that were rotten with two or three sheets of plywood placed over it, I assume to cover the rotten planks of wood.

“When I took a closer look I realized there were other bolts sticking up about a half inch above the surface of the plywood. Obviously they had come loose, so I went to get some tools out of the trunk of my car and hammered them back in place because I didn’t want anybody else to trip over it.”

He stressed that he has nothing but love for Bermuda, and that it’s a shame that such a popular tourist attraction would fall into a state of disrepair.

“It’s dangerous! It’s hazardous to people walking across the footpath, and the temporary cover up looks like a ‘bandaid’ approach to a big problem,” he said. “If the planks are rotten I would assume the whole bridge is in a bad way, and it should be fixed properly. 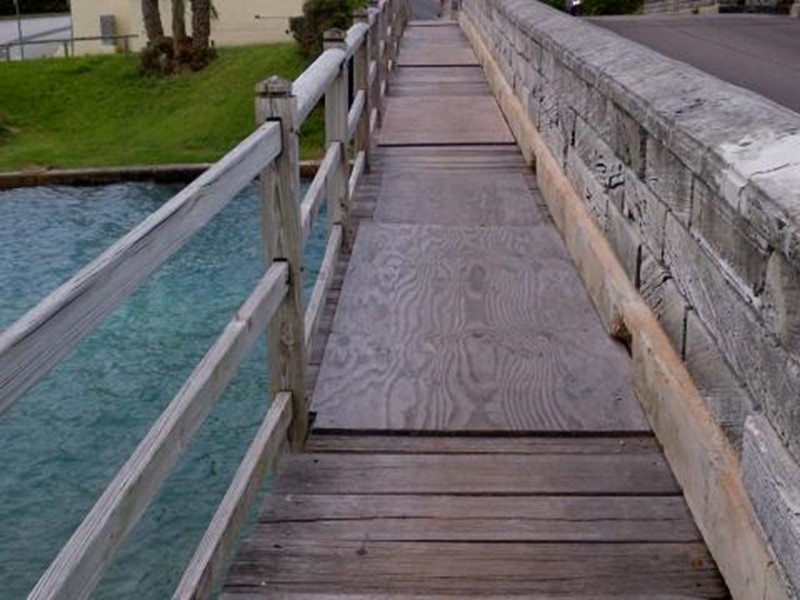 “While I was there a few tourists stopped by to take pictures. I know it’s dangerous, there’s a railing but if someone trips and falls they could fall overboard despite the railing in my opinion.

“I would encourage the Minister of Public Works, or someone from that Ministry to make a site visit because another hazard it poses will present itself when we have high winds. Those sheets of plywood held down by loose bolts in rotten wood could easily be torn up in high winds.

“What’s more important – preserving life or diverting funds from another project to fix this? I’m speaking as a locksmith, not as an engineer. In other words I’m not an expert but I have good sense,” he added. 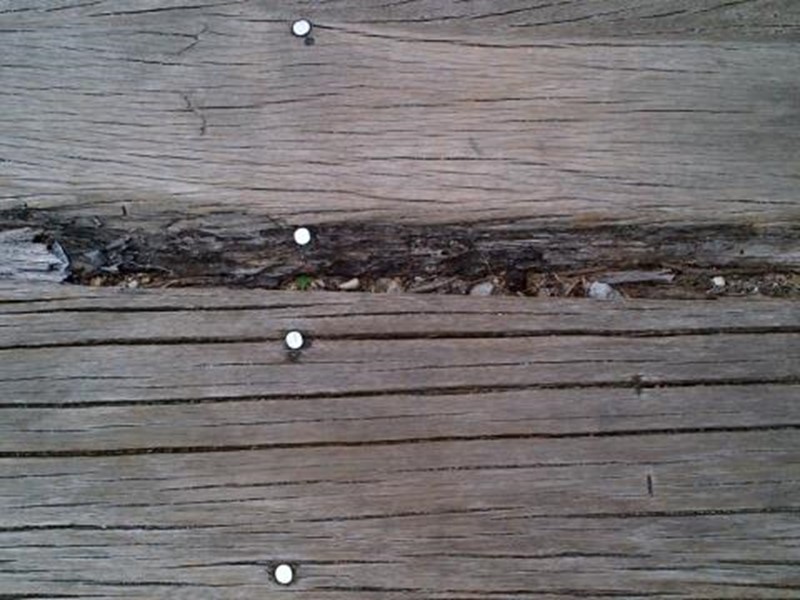 When contacted by Bermuda Real, a spokesperson said: “The Ministry is aware of the need for repairs to the bridge and we have the project in hand. We have acquired the required timber for the repairs and it is hoped that we will commence work on the bridge before the end of April and complete it within four weeks.

“In the meantime, the Ministry has organized for a member of staff to check the walkway right away,” she added.

When making the announcement, Home Affairs Minister Michael Fahy said: “Somerset Bridge is an iconic structure in Bermuda and is known internationally as the smallest drawbridge in the world. 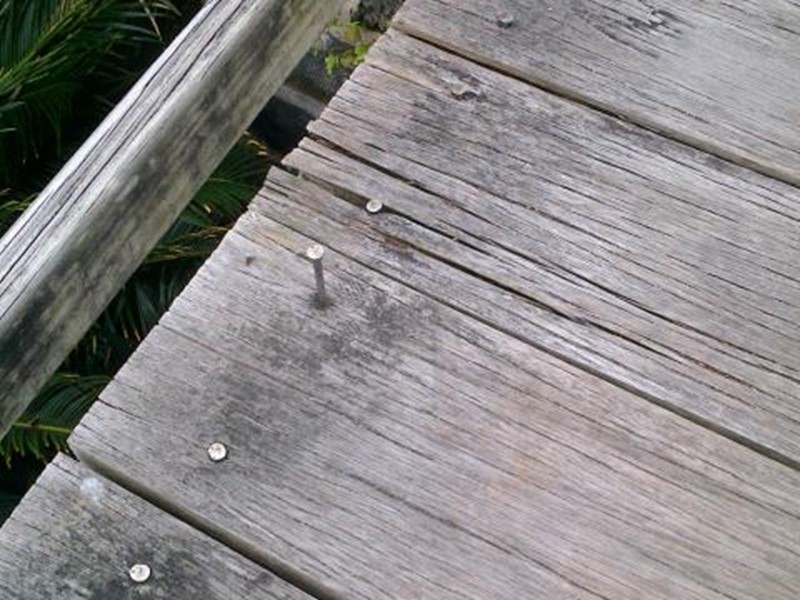 “It is emblematically Bermudian and appears on the back of the new Bermudian $5 note,” he added. “By listing it as a Grade HM or Historic Monument Listed Building it ensures the protection of the structure for years to come.”

That protection apparently continues this month.