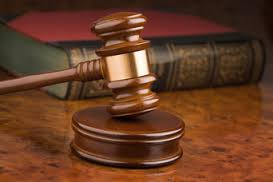 A convicted sex offender who admitted that he breached his probation is back behind bars today for 45 days.

Junius Caines, 50, pleaded guilty in the Supreme Court to a charge that he used cocaine and cannabis between March 10 and March 19.

The breach was only discovered when Caines confessed to using drugs to his probation officer.

Lawyer Saul Dismont, who appeared for Caines, said told the court that no drug tests were administered during that period.

“Had he not reported his drug use, it’s likely that no one would have known he was using again,” he said, while noting that his client was “very apologetic” as he struggled to deal with drug addiction and mental health issues.

The Deputy Director of Public Prosecutions, Cindy Clarke noted that the offence carried a maximum penalty of ten years imprisonment.

But based on the circumstances of this case, she said a sentence of 45 days would be appropriate and that with time served, Caines would be eligible for release this week.

Puisne Judge Craig Attridge said it was good that Caines admitted the breach but that it would be better if he stayed away from drugs altogether.

“There will be a knock-on effect of your drug use,” he said.

Time served was taken into consideration.

Caines was jailed for three years and four months in 2016 after he admitted a serious sexual assault on a woman.

He was released from custody last June and still has five more years to serve on probation.