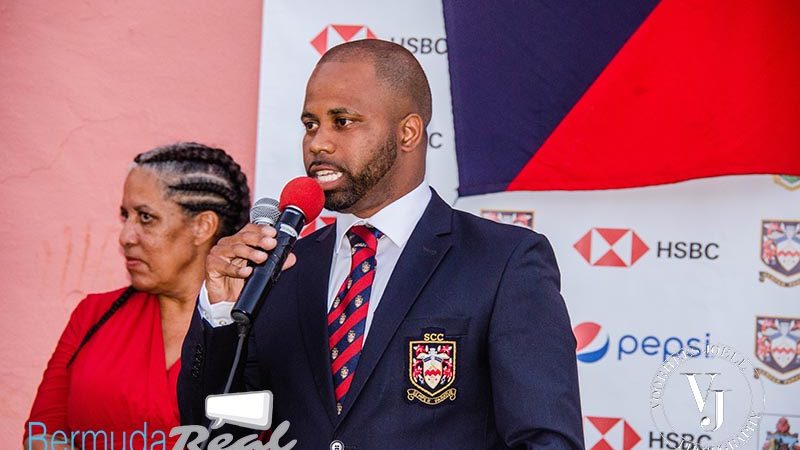 Somerset Cricket Club President. Vashun Blanchette has confirmed that an official statement will issued at some point today (December 15) on that fracas after the game between Somerset Trojans and Boulevard Blazers on Saturday.

Bermuda Real spoke with the Mr Blanchette in person this morning.

He told Bermuda Real that an official statement will be posted via social media as soon as the club’s Secretary completes it.

When asked about information obtained by TNN on Saturday, that most of the police officers assigned to the club for the match, left to escort the bus carrying Boulevard team members off the club grounds and out of Somerset.

He noted that the club requested a police presence for a game open to the public.

Six officers were assigned, four left with the bus, leaving two officers at the club when the situation turned south.

Those remaining officers called for backup when the dispute between fans, escalated into an all-out fight.

As first reported by TNN and Bermuda Real, while the situation was taking place on Saturday evening, TNN was on location and witnessed the bus being escorted off the club grounds and out of Somerset by police in one vehicle, leaving only two officers at SCC.

Helmets and bottles were reportedly hurled, but Mr Blanchette stated outright today that “there was no broken glass” at SCC.

Still no official word from police on whether there were any serious injuries or arrests as a result of the incident, which was eventually diffused by male elders, who were there as spectators.

We’ll have the club’s statement as soon as it becomes available.

Remember where YOU heard it FIRST!

Coronavirus Will Be ‘Around Forever In Some Form Or Another’, SAGE Member Warns