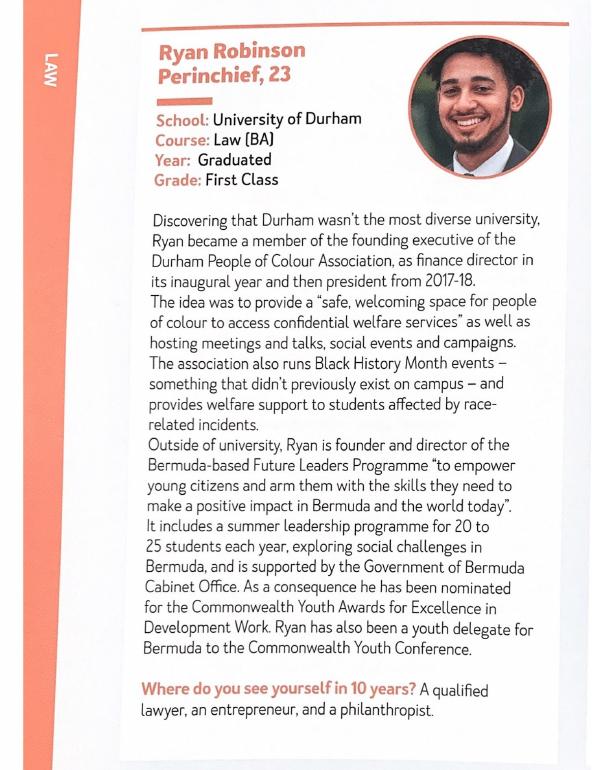 Bermudian Ryan Robinson Perinchief was recently featured in the UK ‘Future Leaders Magazine’.
The recent graduate was highlighted in the UK publication as one of the 150 most outstanding Black university students in Britain.
The annual publication which profiles African and African Caribbean students and recent graduates throughout the United Kingdom, is published by ‘Powerful Media’.
Aimed at secondary school Sixth-Form, College and University students the programme is used as a role model guide to inspire and raise attainment within African and Caribbean demographics in the UK.
Now in its eleventh year, all students featured are first nominated by universities, organisations and peers throughout the UK. Those shortlisted are then invited in for an interview at the Powerful Media offices, before the final 150 are selected after four months of deliberations and appear in the publication which comes out every September.
The publication is launched alongside a day-long conference and networking event for all 150 of the featured Future Leaders.
For a student to qualify for the Future Leaders list they must be of African or African Caribbean heritage, 25 years-of-age or under, and in university education in the UK with at least a 2:1.
In addition, they must be doing something exceptional outside of their studies which marks them out as a person of distinction, such as running a successful business, mentoring younger students, or making a positive contribution to their community.
Ryan’s bio appears in the ‘Law Profiles’ section of the publication and acknowledges his role as President of the Durham People of Colour Association, Founder of the Future Leaders Programme, his nomination for the Commonwealth Youth Awards, alongside achieving First Class Honours at Durham University.
The magazine is sponsored by HSBC Bank Plc and the University of Oxford.
Each year copies are sent, free-of-charge, to schools and colleges across the UK, with a special focus on hard-to-reach and underperforming students. 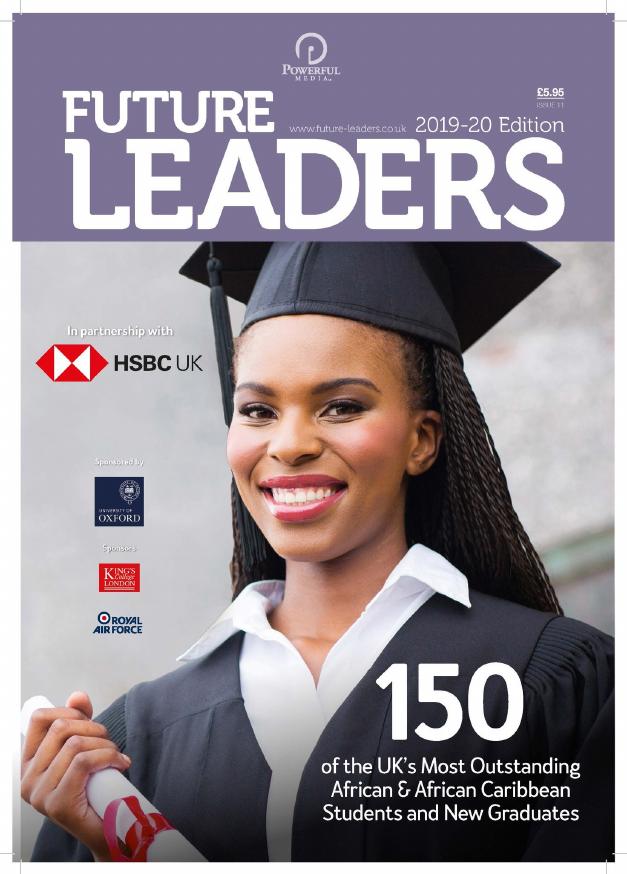