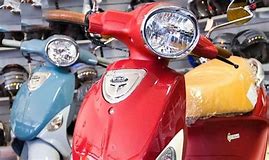 On another tourist vacationing in Bermuda tragically lost her life while riding a rented livery cycle marking the sixth road traffic fatality on Bermuda’s roads this year.

Despite lifesaving efforts, 49-year-old Jamies Kopp died as a result of the fatal collision with a water truck on North Shore Road in Hamilton Parish, near the junction with Cottage Hill Road and Dub City Variety Store on September 5.

When contacted by Bermuda Real, Transport Minister Zane DeSilva, who is currently off island, extended sincere condolences to the family and friends of 49-year-old who lost her life.

But he said: “I don’t think we should be looking to discontinue the rental of cycles to our visitors.
“I do think we can remind those that do rent cycles to our visitors to make sure that they emphasize how narrow our roads are and to always use extreme caution whilst riding,” said the Minister.
“They should also deny visitors permission that wish to ride if they don’t look confident during the instruction period.”

It is a subject that has been thrashed about over the years, with little to no real action to address it. 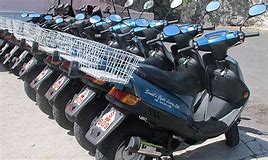 In March 2008, more than a decade ago, then Transport Minister and former Premier, Dr Ewart Brown asked the Bermuda Road Safety Council “to write every cycle rental outlet” in Bermuda, “reminding them of the important role they play in saving lives when they teach visitors how to operate livery cycles”.

He was quoted in the daily newspaper, published on March 26, in 2008, “It’s an extremely critical task that must never be taken lightly,” he said.

“Mopeds and Bermuda are synonymous, but we have an obligation to take steps to save lives,” he added.

His comments “came after emails calling for tourists to be banned from riding cycles began circulating” following another road traffic fatality that claimed the life of an vacationing American tourist in 2008.

The main concern cited – “Bermuda’s roads were dangerous because of unfriendly drivers, an increasing number of cars, larger trucks and faster bikes”.

The article quotes Johann Moik, then Operations Manager at Oleander Cycles, which rented the cycle to the vacationing mother, who was towing her nine-year-old daughter, when she lost her life while riding a livery cycle in March 2008.

“Nobody is more concerned than ourselves. People are calling for more training for tourists,” said Mr Moik.

“We give them training, we have a special course where they can drive around.”

But when asked if the current training standards in place for visitors were effective, he said: “It’s a very difficult question. 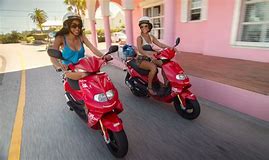 “At our Paget location, we rent the parking lot in the church and we see people riding there and we let them ride for as long as they want. They ride until they feel comfortable.”

A ban on rental bikes for tourists would adversely affect many livery operators, he added.

Since 2008, Oleander opened another rental livery in Dockyard, where this journalist has witnessed tourists, who hit the gas and ride straight into the wall across the street, right after receiving instructions.

Another American visitor, lost his life on a livery cycle right after renting his livery cycle near Sparyard about two years ago. He never made it out of Dockyard alive, after arriving here on a cruise ship for a vacation in Bermuda.

The question is, has anything changed?

When contacted by Bermuda Real this past weekend, Dr Brown said: “”This is a dilemma that will not go away. 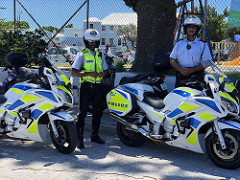 “The loss of life on our roads, not just of visitors but of Bermudians also, is distressing.”

But he echoed the current Minister’s comments and said: “To outlaw the use of mopeds in Bermuda would be similar to outlawing ocean swimming in the Caribbean because of shark-related deaths.

“I think that an effective and practical first step would be closer monitoring of the quality of instructions given to cycle renters. In addition the traffic police should crack down on reckless driving as they have with sobriety checks.

“Regardless of what steps are taken, accidents are inevitable,” said Dr Brown.
What will actually happen in terms of “rental cycle procedures”, remains to be seen.

Meanwhile, a full investigation regarding this latest road traffic fatality, the sixth for 2019 continues.

Any witnesses are urged to call the main police telephone number 295-0011 “as soon as possible”.