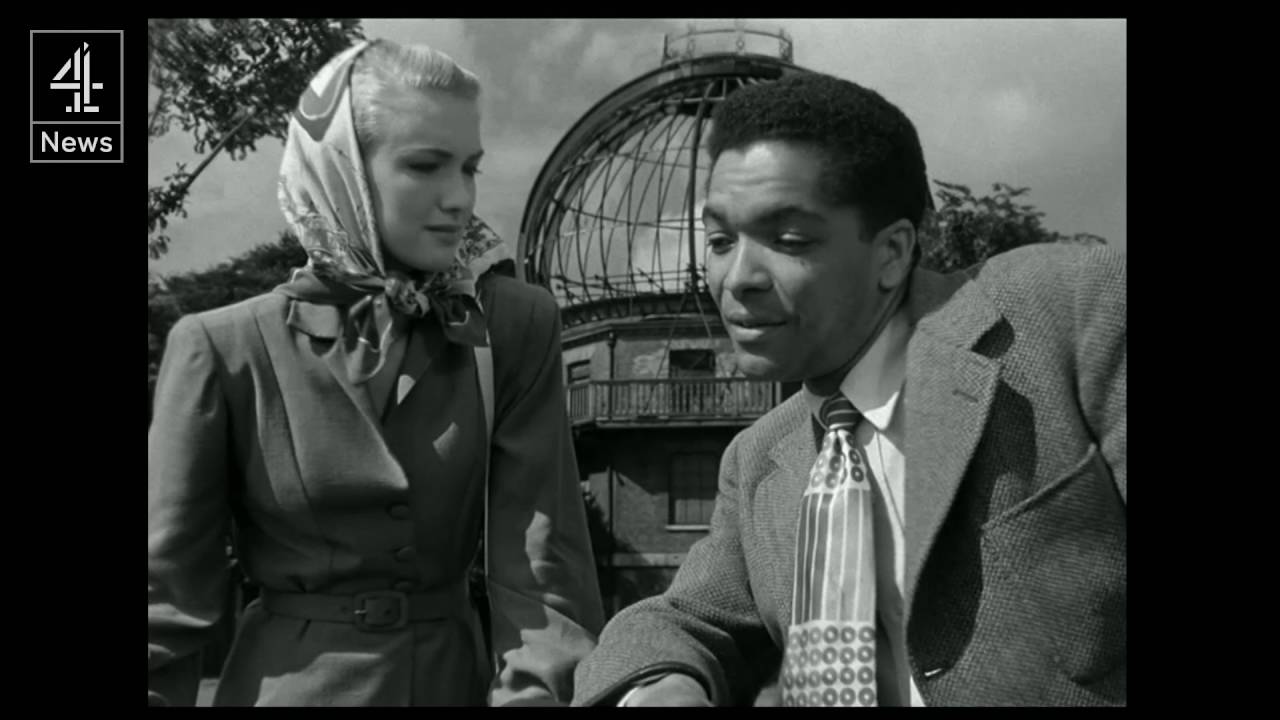 The AV Club: Saturday, July 4, 2020 – Earl Cameron, one of the first Black actors to star in a British feature film, has died.

The pioneering actor—who shared the screen with Sean Connery in the James Bond movie Thunderball and Sidney Poitier in A Warm December—passed at the age of 102.

Born in Pembroke, Bermuda in 1917, Cameron served in the British Merchant Navy during World War II and ended up living in England almost by accident. “I arrived in London on 29 October 1939,” he said in an book published in 2014.

“I got involved with a young lady and you know the rest. The ship left without me, and the girl walked out too.” After seeing a play in the West End that featured a handful of black actors, Cameron asked a friend to help him get a part in the show. “He said no way. The show was cast but, strangely enough, three weeks later, he came by late one afternoon and said my big chance had come,” Cameron, who had been working in a kitchen at the time, said in a 2018 interview.

“He said a guy on the show hadn’t shown up, it was the third time he had missed a matinee so the director said to get someone else.” Cameron made his debut in the show that same evening.

More stage work followed, and in 1951 Cameron got his big break in film with his role in director Basil Dearden’s noir crime drama Pool Of London, which is reportedly the first British film to portray an interracial relationship. Cameron worked steadily for almost 40 years, joining the 007 universe as Pinder, James Bond’s assistant in 1965’s Thunderball.

A year later, Cameron reportedly became the first Black actor to portray an astronaut on any film or TV series in the world when he starred in a supporting role on season four of Doctor Who. In 2009, Cameron was appointed a Commander of the British Empire for his professional accomplishments. His last major acting role was a small part in 2010’s Inception.

When celebrating his 100th birthday, Cameron was asked by a journalist what he would tell his younger self. “Just cool it, you now. Don’t take life too seriously,” he said. “But take it seriously enough to take good care of yourself.”

♦ The father of five lived in Warwickshire, with his second wife Barbara.

Mr Cameron arrived in London in 1939 when he joined the British Merchant Navy and returned to Bermuda after the Second World War.

Five months later he was back on a ship, bound for New York and then to London, where he secured a role as an understudy in  Deep are the Roots.

The veteran actor was honoured again in 2012 when the City Hall Theatre was named after him, and in 2016 he was inducted into the UK’s Screen Nation Hall of Fame.