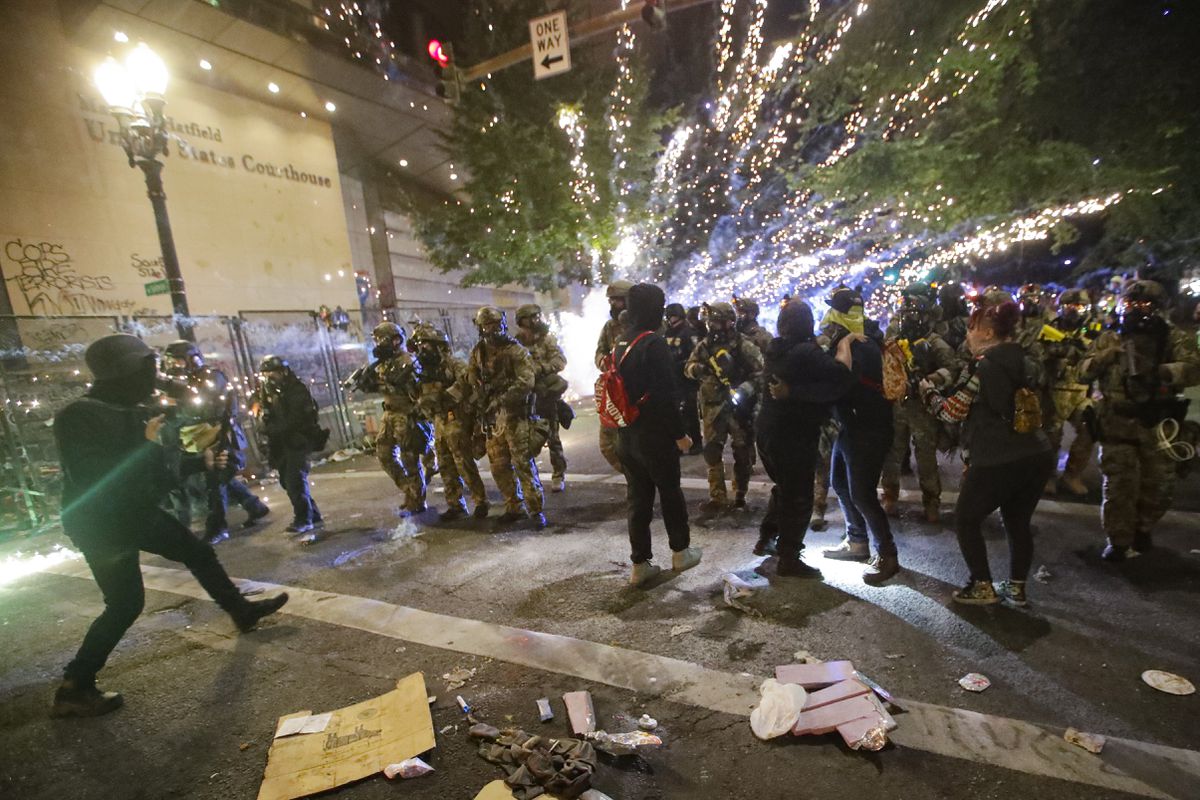 Associated Press: PORTLAND, Oregon — A riot was declared in Portland, Ore., and protesters took to the streets in Seattle on Wednesday as people demanded that every vote in Tuesday’s election be counted. Hundreds were protesting in both cities against President Donald Trump’s court challenges to stop the vote count in battleground states.

The Multnomah County Sheriff’s Office at about 7pm declared a riot after rioters were seen smashing windows at businesses. In the interest of public safety, Governor Kate Brown activated the use of the state National Guard to help local law enforcement manage the unrest, according to the sheriff’s office.

Brown said previously she would keep state troopers, sheriff’s deputies and police officers under a unified command into Friday in Portland to handle protests amid uncertainty over the winner of the US presidential election.

The Oregon National Guard had been on standby. Brown’s order places law enforcement agencies under the joint command of the Oregon State Police and Multnomah County Sheriff’s Department, which allows those agencies to use tear gas if necessary to quell unrest. Mayor Ted Wheeler, who is also police commissioner, banned the use of tear gas by Portland police earlier this fall after concerns about an overly aggressive response to the unrest.

Portland has been roiled by five months of near-nightly racial injustice protests since the police killing of George Floyd, and several hundred people marched in the city on Tuesday. Law enforcement made no arrests and the Multnomah County Sheriff’s Office thanked demonstrators for remaining peaceful.

Portland demonstrators on Wednesday held signs saying, “Count Every Vote,” and “Keeping Hope Alive.” Suzanne Thornton, 79, said she was motivated to attend a protest for the first time because of Trump’s court challenges. 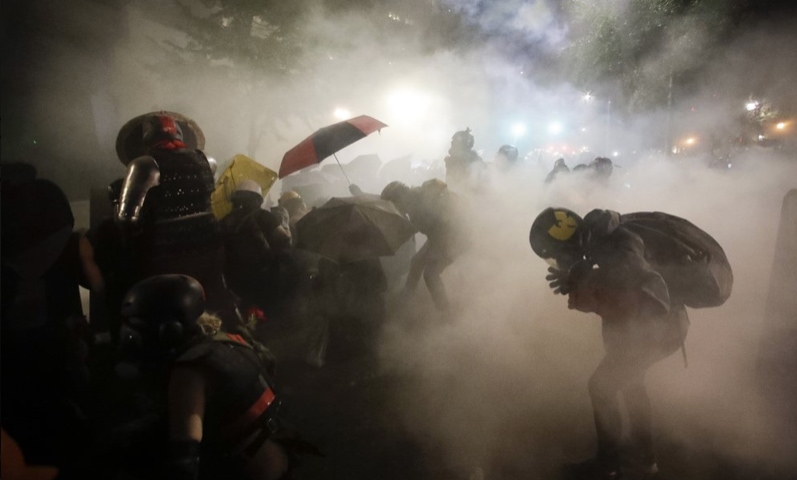 “Our president seems to be making such a big deal about it and we need to clarify what the vote count is for. He doesn’t seem to get it,“ Thornton said. “I don’t have a lot of patience with him because he is such a baby and I don’t see how so many people in this country see him as a leader.“

Gerry Foote, a 69-year-old former high school teacher, turned out to protest waving a sign that read “Teacher against tyranny. No hate.” Foote, who protested against the Vietnam War as a college student, said it was critical to prevent Trump from stopping the vote count.

Protesters in Seattle said they are also trying to make sure the Black Lives Matter movement and other social justice causes remain in the spotlight. Some carried signs saying, “Stop Trump’s Racist Voter Suppression,” “Black Lives Matter,” and “Don’t Steal the Election.

”The presidential race between former Vice President Joe Biden and President Donald Trump remains too close to call, with votes still being counted.

“It’s important to trust the process, and the system that has ensured free and fair elections in this country through the decades, even in times of great crisis,” Brown said in a statement. “We are all in this together — so let’s work together to keep our fellow Oregonians safe.”